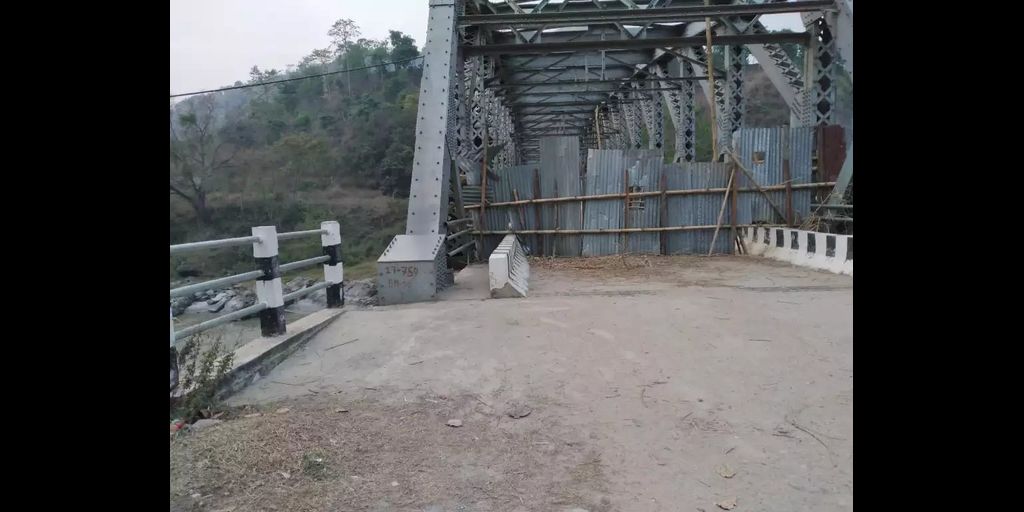 *WARNING: THIS ARTICLE CONTAINS GRAPHIC IMAGE THAT SOME VIEWERS MAY FIND DISTURBING*

A migrant worker returning home on foot while trying to escape hunger and joblessness has died after falling off a bridge linking Dhading and Gorkha. Although not a death caused directly by the novel coronavirus that has otherwise killed hundreds of thousands of people across the globe, Wednesday’s death is the first induced by hunger and desperation caused by the government’s response to the pandemic.

Thirty-eight year old Hom Bahadur Rana Magar, a resident of the rural municipality of Jwalamukhi in Dhading, was trying to cross the Budhigandaki River by crawling over the railing of a bridge that has been shut in order to prevent the cross-district movement of people.

“Since the bridge was blocked from either side to prevent the flow of people, he tried to crawl through the railing and fell into the riverbed,” Binod Raj Timilsina, mayor of Jawalamukhi municipality, told the Record.

“We suspect that he waited until night due to the fear of getting caught and quarantined. It appears that his family may have misinformed him,” Kapri told the Record.

Khem Bahadur Rana Magar, a relative of the deceased, said his family was on a phone conversation with him until his phone switched off around 9 pm on Wednesday.

Hom Bahadur had been working as a carpenter in Madhapur, Chitwan, for the past few years where he lived with his wife, two daughters and a son. After hearing the news about a potential lockdown, he had sent his wife and children to Dhading a while ago.

“He tried to come back to Dhading since he no longer had work and survival was becoming more difficult due to the lockdown,” Khem Bahadur told the Record.

Kamal Rana, Hom Bahadur’s nephew, also said that the deceased had been worried about dying of starvation with food and money running out.

“Just three days before his death, he told me that he was running out of food. He was also worried about his family’s safety after hearing rumours of a Covid19 outbreak in Dhading,” he said. 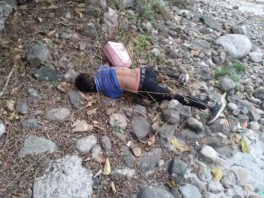 Every day, thousands of people, mainly students, migrants and stranded travellers, have been returning to their villages from big cities like Kathmandu, Pokhara and Chitwan, fleeing joblessness, starvation and an uncertain future. The prolonged lockdown has especially hit daily wage labourers who rely on low-paying regular work to be able to afford food and rent. Some are taking up to 25 days to reach home.

Over 2 million people have reportedly already left the Kathmandu Valley and many others are expected to leave as there are little signs that the lockdown, currently in its fourth week, will ease any time soon.

Several leaders from across the political spectrum have been mounting pressure on the government to facilitate an easy return home for workers stuck in major cities.

“It is easy to feel the plight of those who have already begun their journey home on foot. Let concerned local bodies contact them and make arrangements to take them home. Local bodies should also assist in their travel arrangements, and ensure they receive food and accommodation after proper quarantining,” Nepal Communist Party spokesperson Narayan Kaji Shrestha said on Twitter.

The minister for women, children and senior citizens, Parbat Gurung, said that the government was in consultation with the provincial and local bodies to assist those returning homes.