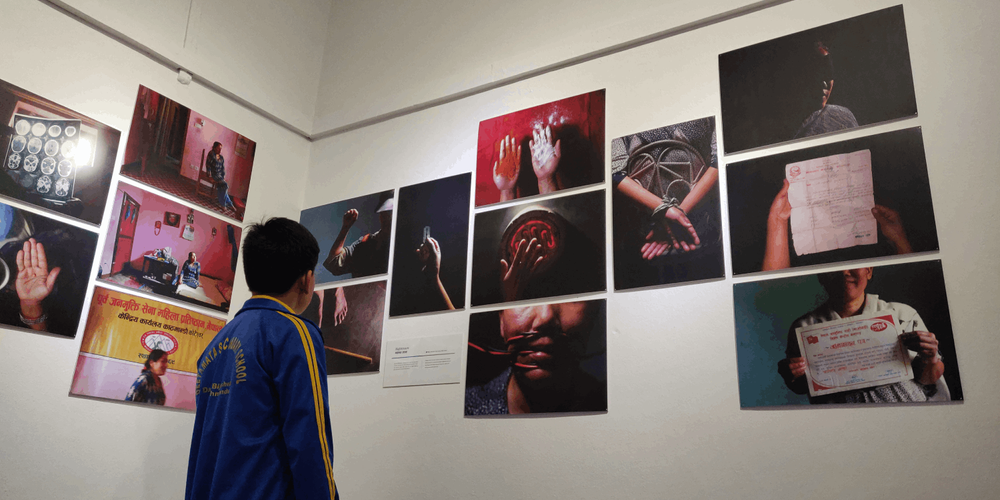 There had been a drought in Goltakuri, Dang, during the July of 2002. Residents of the village were struggling to survive, having been unable to farm for months. That’s when 13 men, all of them Dalits, decided to go to the jungle early in the morning in order to collect firewood, having no other options to sustain their livelihoods.

They left their houses at the crack of dawn, carrying some food with them, expecting to be home by the middle of the day. As they reached the edge of the jungle, four armed men showed up and said, “Get in line, you’re coming with us.” The Dalit men were terrified, but also confused, unsure about what they had done to warrant the attention.

The armed men were soldiers of what was then the Royal Nepal Army. They made the everyone trek to Rajkot tower, and dig holes in the ground. Shuddering and shaking, the men followed orders and dug, aware that they were in grave danger, but hopeful that because they had done nothing wrong, they would be spared.

Their optimism proved to be misguided. Nim Bahadur Sarki, Somraj Nepali, Ramlal Nepali, Ram Prasad Nepali, Deviram Nepali, Resham Nepali. Mangal Nepali, Ramesh Nepali, Bhupal Nepali, Jog Bahadur Nepali, Ramesh Nepali and Khadga Bahadur B.K. were shot one by one, murdered on the spot. One man managed to escape, and he is still on the run over a decade later, fearful that the military will eventually find him and kill him too.

The exhibition “Memory, Truth and Justice” organized by Voices of Women Media that was held in Nepal Art Council from October 3 to 6, 2018 featured many of these stories of brutality. In popular discourses surrounding the armed conflict, the stories that are featured most commonly consist of Maoist perpetrators and their victims. While it is true that the Maoists killed, maimed and sexually violated and tortured thousands of people, the same is true of the Nepal Army and other security arms of the state, and this is a fact that is frequently deemphasized.

Read also: Aditya Adhikari's reporting on the excesses of the military: The Machinery of Brutality.

Organizers of this event chose to project stories of people who were specifically targeted because of their ethnic identity—particularly Dalits and Tharus—and killed by the security forces, at the center of the narrative.

Ethnic minorities who were abjectly poor were deemed to be Maoist or Maoist sympathizers by the security forces during the conflict, and thus, the most vulnerable to being charged guilty and executed. A Dalit rights activist and conflict victim advocate present at the event explained that due to the historic discrimination, Dalit villages were at the peripheries of where “upper-caste” people resided, and quite isolated. This made them ideal as hideouts for Maoists, and for the military, this often meant that there was open season on the whole village.

Dil Bahadur Ramtel was only 11 years old when he was shot and killed by the security forces in a village in Gorkha in 1996, and his story, also featured in the exhibition, reveals the especially horrific nature of Dalit experiences during the conflict.  The principal of Suryodaya School had been taken by the military, and teachers of the school, clueless about the risk, encouraged students to walk out in protest. Dil Bahadur Ramtel and his friend Ram Bhatta were amongst the many minors that showed up to demand the release of their teacher and that’s when the military opened fire.

A bullet pierced through Ram’s stomach to land on Dil Bahadur’s shoulder, and Dil Bahadur collapsed in the bushes. Villagers came and helped Ram, a Brahmin boy, ultimately helping save his life, but they refused to do the same for Dil Bahadur, who was Dalit and therefore “untouchable.” Dalit villagers would have to come and assist the 11 year old, and by the time they were able to do so, it was too late. Dil Bahadur became the first “martyr” of the “People’s War.”

For Bikkil Sthapit and Pooja Pant, two of the people who were at the helm of the memory project, stories such as those of Dil Bahadur, Ram Bhatta, the men in Goltakuri, and the countless other people who were terrorized by the Army and the Maoists, ought to be told and retold. The value that is at the core of their project is that of radical humanization. It is difficult for people to comprehend the magnitude of what it is for 8191 people being disfigured and disabled, 1530 people being forcibly disappeared, and 17886 people being killed. But the story of a mother who still puts food out on a plate for her son who was taken during the conflict in the hope that he will come back one day is one that anyone with loved ones can understand.

Sthapit spoke of how after a decade of many of the wartime atrocities taking place, many of the victims’ memories are starting to get fuzzy and this is allowing perpetrators to get away scot-free. The Truth and Reconciliation Commission has been unsuccessful in actually delivering justice, and the upwards of 63,000 cases of grievances have not been dealt with to the satisfaction of the victims. Under all the the bureaucratic dances, the fact remains that the government has not shown a real commitment to help people get justice, closure, relief—all the things that are necessary for the wounds from decades ago to finally start to heal.

According to Pant, while exhibitions such as these cannot fill the glaring gaps left by an apathetic government, they do serve to dignify victims and survivors, and keep their memories alive. For many born in the last decade, the armed conflict is a relic of the past, but people’s stories show that the pain it caused is still an inextricable part of day to day life. Pant’s priority is to get the stories out to as many young people as possible and have them usher the much-needed change in a national culture of impunity.

Stories from the exhibition are available at http://memorytruthjustice.com/

The revolutionary and the lawyer