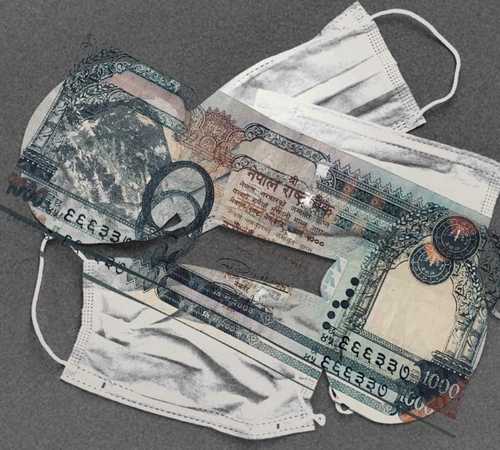 The Covid-19 pandemic has had widespread impacts on jobs and livelihoods the world over. Globally, economic growth is projected to remain low for some time, and fully recovering from the pandemic remains a challenging task. One serious consequence of the pandemic has been the disruption to the global supply chain and international trade.

In Nepal too, both exports and imports are projected to remain low for fiscal year (FY) 2020/21. Thus, although improving Nepal’s trade prospects will take some time, it is important that Nepal start refining its trade system because, as shown by a study we conducted from March-April to October-November 2020, trade will play a huge role in the country’s economic recovery.

Impacts of the lockdown and other containment measures

In March 2020, to slow down the spread of Covid-19, the country implemented a three-month-long nationwide lockdown. Figure 1, based on the macroeconomic and financial data released by Nepal Rastra Bank, shows the year-on-year (y-o-y) changes in export and import figures for the period of March to November 2020. In the initial months of the lockdown, both exports and imports plummeted, registering just 60 percent of the trade volumes seen during similar months in the last fiscal year (which is used as the baseline for comparison).

Later, both imports and exports started to pick up. By mid-July, exports resumed to the previous year's levels and continued increasing for the next couple of months. But while imports rose, their volume was still lower than in the previous year. It is, however, difficult to say whether the recovery will continue because no one knows how the pandemic will play out. How the pandemic affects international trade in the days to come will also have important implications for Nepal’s overall economic performance.

Figure 1: Nepal’s export and import performance during the Covid-19 pandemic[/caption]

Over the period of study -- which saw a partial, broad-based recovery -- there has been significant variation in the volume of goods Nepal imports. Figure 2 shows figures for several categories of imported goods. As depicted by the graph, import volumes of food and beverages have remained more or less stable through the pandemic. The import of industrial supplies, however, saw a large drop during the initial months of the pandemic and only started to recover in mid-November.

A more granular look at the import data shows that 15 of the top 20 categories of imported goods in FY 2019/20 experienced negative growth, compared to FY 2018/2019. Of them, nine products saw a severe drop (more than 20 percent on a y-o-y basis). On a positive note, in the first four months of this fiscal year, 10 of the top 20 imported goods experienced a y-o-y positive growth. However, the import of some products, like medicine, chemical fertilisers, and machinery parts, has not returned to the previous fiscal year’s levels. That could be cause for concern, as these products are closely related to domestic production.

Data source: Various reports on the current macroeconomic and financial situation and tables published by Nepal Rastra Bank. The numbers reported are in NRs (millions)

Exports dip, except for herbal products

Similarly, a disaggregated analysis of the export data shows that there has been a significant drop in the volume of major products exported in FY 2019/20 compared to the previous fiscal year. Only three out of Nepal’s top 20 export products witnessed a positive growth this fiscal year, especially during the first four months. The notable finding here is that the export of herbs and Ayurvedic medicines has been consistently high this fiscal year. That said, the increase in herbal exports could actually represent the export of backlogged and pending consignments.

During this pandemic, recovery in the export sector has been mostly driven by trade with India, Nepal’s biggest trading partner. The increase seems to be part of a trend that began in the previous fiscal year and continued in the first four months of this one. Exports to China, however, decreased over the same period. These findings highlight the importance of connectivity and show that India and China will continue to be promising export markets for Nepal. An increase in exports will also undoubtedly have a positive impact on domestic production and employment.

Larger takeaways from the study

While the Covid-19 pandemic is primarily a health emergency, the global disruption in economic activities and restrictions on the movement of people and goods have caused an unprecedented decline in trade and output, leading to sluggish economic growth, loss of employment and income, and fall in consumption across the world. According to a UNCTAD report (2020), for the world to recover from the pandemic, international trade will need to be a driving force.

International trade could be a driving force in Nepal’s recovery as well. For instance, the country’s uninterrupted import of food and beverages helped control consumer inflation for items such as  food and beverages: inflation was less than 2 percent (y-o-y). But a recent survey report by the World Food Programme (WPF) also found that 20.2 percent of households had inadequate levels of food consumption, and 4.7 percent of households had poor dietary diversity, highlighting Nepal’s food security risks. Ensuring the import of food items is thus crucial, as Nepal is a net importer of food items, and any shortage in supply could have a negative impact on the country’s food security.

The increase in the import of industrial supplies also indicates that the industries are resuming operation after suffering some lag. But we have also seen a shortfall in the imports of some essential commodities like medicines and chemical fertilisers, which may have a negative impact on public health and agricultural production, respectively.

Imports also impact domestic production. About a quarter of the total imports in the wholesale and retail sector is used as intermediate input in production processes by industries. An increase in machinery and spare-parts imported, for example, could help in gross fixed capital formation and stimulate other economic activities.

The increase in export from Nepal to India and the concomitant dip in exports to China highlight the importance of connectivity and the role bordering countries play in Nepal's trade sector. The easy connectivity with India has been a major reason for increased exports to India, while disruption in the land routes to China (specifically at the Tatopani and Rasuwagadhi custom points, which account for more than half of Nepal-China trade activity) negatively impacted trade with China.

There are several variables that account for Nepal’s overall poor export performance, like small production volume and insufficient compliance with quality standards, along with high transaction costs for cross-border trade. Thus, besides improving connectivity with India and China, working on these fundamentals could boost Nepal’s export economy.

The pandemic has exposed us to the fragilities in our current trading system. An analysis of how the volume and composition of international trade have changed during the pandemic could provide important indicators about the weaknesses and strengths of our trade system. For instance, it is important to understand why the export performance of herbs and Ayurveda medicines remained high while the export of other major products--even those identified by the Nepal Trade Integration Strategy-2016 as having export potential--remained low. This points to the need to rethink our trade policies and strategies, especially as they apply to a post-Covid world.

The pandemic could also be seen as an opportunity to build back better. Modernising our custom points, building a largely ‘paperless’ infrastructure, and lowering bureaucratic obstacles to facilitate trade could be a starting point. Furthermore, ensuring the import of essential commodities and protecting the domestic industries that have export potential should be the priority of the government. A UNDP rapid assessment survey on the impact of Covid-19 on Nepal’s economy shows that the impact of the pandemic has been severe in Nepal, leading to widespread impact on jobs and closure of industries. So preventing badly hit industries from closing permanently should be the first policy priority.