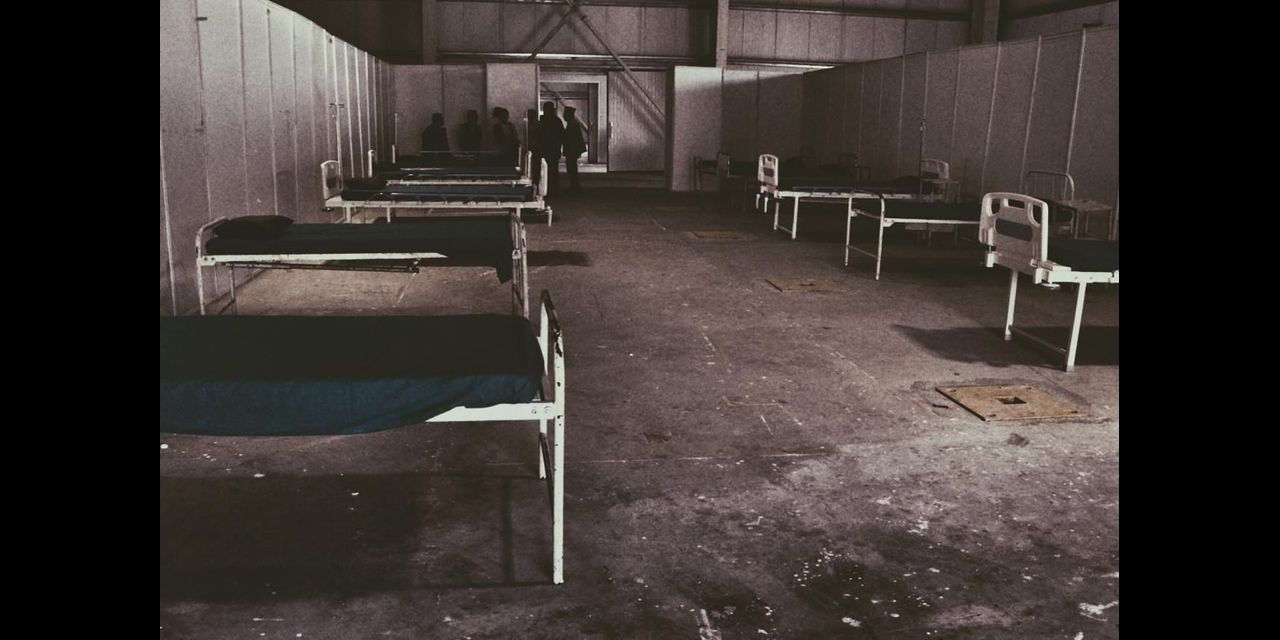 The night Ankesh Pandey, 22, reached Jaleshwar, in Mahottari District, after a long trip back from Mumbai in early June, the quarantine centre in Ramananda Bisheshwor Mahendra (Bakhri) Campus was full. It was housing 121 people despite only having room for a maximum of 70-75. Pandey had to sleep outdoors in the drizzling rain, and on his second night at the centre, he managed to find a spot on the floor in one of the campus rooms, which is where he slept for the next 14 days.

According to Pandey, the Bakhri campus quarantine facility had three toilets, but two of them were so dirty and unusable that over 120 people were forced to share a single toilet. There was only one hand pump. People staying at the facility were given food twice a day (“only parwaal aloo and bhaat”), and most people did not wear masks.

When Pandey was tested for Covid-19 on his 14th day at the facility, he tested positive for the virus, as did most people staying with him at Bakhri. Those who tested positive were transferred to isolation wards in Jaleshwar Hospital, where Pandey says they received regular meals and better treatment.

Sujit Tiwari, 26, has a similar story—he came to Jaleshwar from Haryana, and before crossing the border, he had tested negative for Covid-19 at a hospital in Sursand, Bihar. After 14 days at the Bakhri campus, Tiwari tested positive for Covid-19. According to Tiwari, two people had tested positive on May 24, a few days before his own report came in, and in that time, when it was known that there had been cases in the facility, there was no implementation of social-distancing protocols, sanitation measures, anything to stop the virus from spreading further.

Read also: Safer at home than in quarantine

The Ministry of Health and Population changed its quarantine policy on July 17, allowing people to quarantine at home after returning from abroad, and on  July 30, it issued a directive stating  that no schools and campus grounds were to be used as mass quarantine facilities. The Bakhri campus quarantine facility was closed in July, but between March and July, it was a Covid-19 hotspot.  Many in Jaleshwar believe that the terribly managed quarantine centre contributed to the spread of the virus in the town. How did a measure that was purported to control the coronavirus end up having the opposite effect?

The Ministry of Federal Affairs and General Administration sent out a set of Quarantine Operation and Management Measure guidelines to local governments on March 25. The guidelines specified that public buildings such as hostels, schools, training facilities, and educational facilities were to be converted into temporary quarantine facilities to accommodate upwards of 100 people. The federal, provincial, and local governments were to cooperate to establish and run these facilities, making sure that there was 3.5 feet of distance between people’s beds, one toilet for every six people, and adequate mosquito nets, personal hygiene kits, dustbins, etc. The rooms were to be fully ventilated. The facilities were to have medical officers, paramedics, an ambulance on call around the clock, and “as far as possible” CCTVs, telephones, and fire extinguishers. The budget for these facilities was supposed to come from the emergency Covid-19 relief fund.

According to a relief plan by the Ministry of Health and Population, 34 percent of the NRs 6.8 billion Covid-19 relief fund was set aside for quarantine management, but even if all of this money had been spent properly, the government had set itself an impossible task. The resources and organizational capacity required to house and feed the hundreds of thousands of people who were returning to Nepal from India were more than what the Nepal government was equipped for. Local government officials lamented early on in the pandemic that the quarantine guidelines were not possible to meet.

The results were terrible, with quarantine facilities becoming Covid-19 hotspots not only in Jaleshwar, but elsewhere in the country as well. Two cases of gross negligence at these facilities caused national outrage: in mid-June, a woman staying at a quarantine facility in Kailali was gang-raped, and later the same month, a teenager in Janakpur died after suffering bouts of diarrhoea caused by unhygienic food provided in his quarantine centre.

Ram Shankar Mishra, the mayor of Jaleshwar, denied allegations that the Jaleshwar quarantine centre was a Covid-19 hotspot, and said that the lack of assistance from the federal government was a major reason why managing the centre was so difficult.

“The federal government did not give us money,” Mishra said, in a phone conversation. “The total cost of running the quarantine facility was 87 lakhs. The provincial government gave us 15 lakhs, but the rest came from the local government budget.” When asked what the money was put towards, he said that people staying at the centre were given “adequate nutritious food, and soap.”

The CDO of Mahottari, Baburam Shrestha, refused to discuss any details regarding the financing of quarantine facilities, but said that the coordination of facilities was challenging because it was a new experience for officials.

A spokesperson for the Ministry of Health, in a phone conversation, said, “Of course the federal government gave local governments money for the quarantine centres,”

The circularity and dodginess of government officials in explaining how and why mass quarantine centres were such failures can perhaps be explained at least in part by the fact that extreme discrepancies in financial accounts implicate many in bald-faced corruption, but the mismatch between the authority, capacity, and resources of the federal, provincial, and local governments also seems to be a major issue. None of the government officials The Record contacted for this article could clearly explain (or refused to explain) the different roles that the Covid-19 Crisis Management Centre (CCMC), Province Crisis Management Centre (PCMC), and  the District Disaster Management Committee (DDMC) were supposed to play in the management of quarantine facilities. While the operation of the facilities was the local government’s responsibility, with assistance from the police and the army, it doesn’t appear as though local governments had the authority to sidestep any of the federal government’s (impossible) guidelines regarding mass quarantine centres— they had to follow the guidelines, and did so badly.

As the pandemic continues to rage, the increasing number of governmental missteps in handling the crisis means that each bad policy gets quickly eclipsed by a new one in the news cycle. But for people like Pandey and Tiwari, the horrors of mass quarantine remain scarring.

“The Nepal government gave me coronavirus. If I’d stayed in Mumbai, maybe I’d have been fine,” joked Pandey.