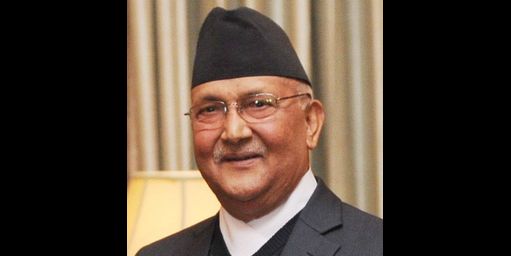 It was early May and many of us thought the left government was crumbling under its own weight. Prime Minister Khadga Prasad Sharma Oli appeared to be on the back foot on nearly every front. One after another, corruption scandals — the alleged corruption in the procurement of Covid-19 kits, in particular — laid bare the true face of the government in front of a young republic which, not long ago, had entrusted Oli with a strong mandate to steer it along a path of peace, prosperity, and development.

Opposition parties, and even some of his comrades in the ruling Nepal Communist Party (NCP), were demanding Oli’s resignation, claiming that the prime minister had lost the moral ground to remain in power. After his unsuccessful bid to split the then Samajwadi Party and curtail the power of the opposition in the constitutional council, through the hasty introduction of two ordinances, they believed he was no longer worthy of being the nation’s leader. Under pressure, the Oli government quickly revoked the ordinances, but the matter became even more complicated after Samajwadi MP Surendra Yadav filed a complaint against NCP leader Mahesh Basnet, Sanu Shrestha, and former chief of Nepal Police, Sarbendra Khanal, for allegedly kidnapping Yadav from his home in Mahottari.

At the same time, the Oli government was appearing more and more hapless in the face of the Covid-19 pandemic, which has since wreaked havoc in the lives of millions of Nepalis, both at home and abroad; hundreds of thousands of migrant workers have been pleading for repatriation in the Gulf, Malaysia, and India; those stranded at the Nepal-India border had to beg the authorities to allow them into their own country; and desperate labourers and their children, many on empty stomachs, have taken days to journey, on foot, back to their villages.

Pressed from all sides, Oli was looking so powerless that he had to reach an agreement — first with NCP Vice Chairman Bamdev Gautam, then with Pushpa Kamal Dahal — to avoid the standing committee meeting as well as the central committee, which would have decided on the fate of his government.

Today, Oli once again appears invincible--just as he did during the promulgation of the new constitution in 2015, and when more than two-thirds of parliamentarians elected him for his second term in office, during 2017. Some exceptions aside, most people have been praising his courage to stand up to India. Even opposition parties are rallying behind him on border issues, while newspaper columns are canonising him with equal enthusiasm.

Someone who may not ritually follow Nepali politics might be thinking, what on earth did Oli do to turn the tide? Oli didn’t have to do much, actually. India placed a heaven-sent package of distraction in front of Oli--in the form of the border dispute. And Oli made sure to rise to the occasion and use the dispute to his advantage.

The story began with Indian Defence Minister Rajnath Singh’s inauguration of an 80 km link road to Kailash Mansarovar through the disputed territories of Lipulekh Pass. It turned out to be yet another chapter in the longstanding territorial dispute in Nepal’s north-western frontier that has tormented bilateral relations since the Panchayat era. Nepal’s Ministry of Foreign Affairs objected to what it described as India’s unilateral construction of roads through Nepali territories, amid growing social media rage and sporadic protests. India responded, claiming that the road lies completely within its territory.

In principle, both Nepal and India agree on the source of the Kali River as the boundary between the two countries, in accordance with the Sugauli Treaty reached between Kathmandu and the British Raj in 1816. But the two countries differ in their interpretations of the source of the Kali River. While Nepal considers Limpiyadhura as the source, New Delhi has long pointed to a lesser known tributary as the Kali and has used it to demarcate the national boundary since the late 1950s.

India’s Survey General had included the disputed territories in its new 2019 map, which showed the bifurcation of Jammu and Kashmir. Under pressure, the Oli government released its own map, which incorporated the territories of Lipulekh, Kalapani, and Limpiyadhura under Nepali territory. This drew strong objection from India. On June 13, the lower house of the bicameral federal parliament passed an amendment, paving the way to garner constitutional legitimacy for the new map.

It was a win-win move for PM Oli, as it diverted the nation’s attention from more pressing issues at home, defused the domestic pressure to resign, and absolved him of all his past shady dealings with the Indian establishment.

For Nepali parties and politicians, India-bashing has historically proven a wondrous antidote that helps them swiftly gloss over their failures as statesmen. Holding a firm position against India over the issue of boundaries, in particular, has shown to be an infallible mantra to instantaneously win the hearts of Nepalis. This is especially true for Oli, who has benefitted from the countries’ love-hate relations more than anyone in recent political history. In fact, much of Oli’s political career has revolved around his friendship or rivalry with India, and India has both deliberately and unknowingly emboldened him.

In his early days, Oli was a person without family name or fortune. He found a place in Kathmandu’s feudal-dominated political corridors as India’s trusted hand in Kathmandu. He was an ardent supporter of the Mahakali Treaty of 1996, which was rejected by half the central committee members of the then Communist Party of Nepal (Unified Marxist-Leninist) and which only weakened Nepal’s claims on disputed territories.

Since 2015, Oli’s stance on boundaries has taken a complete turn; he has been taking advantage of the dispute by blowing the trumpet of nationalism and pseudo-nationalism, ignoring Nepal’s symbiotic relationship with its southern neighbour. The business community, poor migrant workers, and students who remain dependent on India, owing to lack of real opportunities at home, have had to pay the real price for his adventurism.

Meanwhile, New Delhi, thanks to its misguided, ad-hoc policies, has not only helped Oli, but also helped fuel a phenomena in Nepal wherein nationalism is being conflated with hate for India. No doubt, there are a multitude of attitudes towards India in a country like Nepal, resulting from deep historical and cultural ties as well as an open, porous border. One popularly accepted face of India by ordinary Nepalis is that of an unmistakable bully, a self-proclaimed big brother who tends to push under the carpet all genuine grievances of the Nepali people.

Because India has always remained a key player in Nepali politics and long dominated the national political discourse, any firm stance against New Delhi resonates across constituencies--more so in the hills. It's not hard to guess why.

Nepalis have firsthand experience of India’s micromanaging their country by taking advantage of Nepal’s heavy dependence on it. They are also aware of Nepal’s political instability and of the vested interests of political parties and their leaders. Many Nepalis can also relate to India’s political bullying at a personal level vis-a-vis their own experiences in India, gleaned during their work there and encounters during their studies, medical checkups, and travel. Nepalis living along the border have long suffered at the hands of Indian security forces, while big dams built along the border affect their livelihood every year.

Nepalis have also abhorred the way mainstream Indian media stereotypes them in songs, movies, and the news. The Hrithik Roshan Kanda and the #GoHomeIndianMedia campaign are examples of retaliations against such stereotyping.

Nepalis have long rallied behind, or at least sympathised with, the cause of leaders or parties standing against Indian hegemony — from King Mahendra to KP Oli to Mohan Baidya to Biplav — while those perceived to have taken the side of India in key occasions have had to pay a heavy price.

Instead of understanding these complexities and working to address, through talks, the genuine grievances of a small neighbour and an anxious citizenry, New Delhi and its lapdogs, including the Indian media, have further empowered Oli’s politics by ignoring calls for negotiations and misdirecting blame--towards China.

There are very few in Nepal who actually believe that New Delhi will accept Nepal’s calls for negotiations once the small South Asian country gives constitutional validity to the new map. Fewer believe that Nepal will ever be able to take back the encroached-upon land. But even his staunchest critics agree that KP Oli, thanks to India, has found what he wants: a cartographic war that he can milk to galvanise his support, and cling to power until the next elections.

The state governments have been frustrated due to lack of cooperation from the federal government...