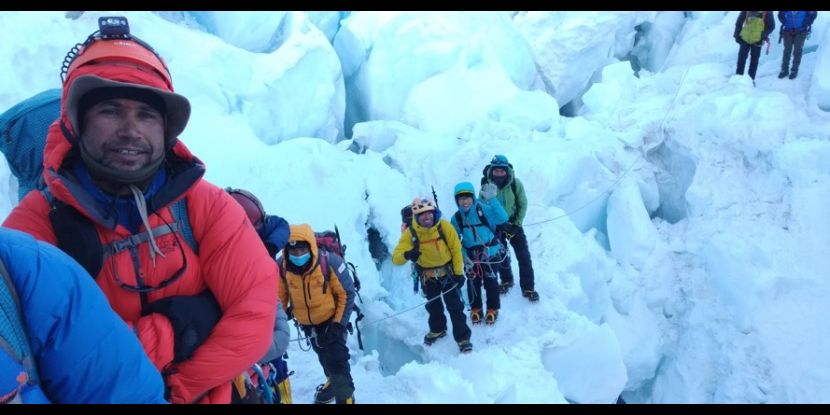 Last week, Nepal declared the new height of Mount Everest. The consensus height, announced by both Nepal and China, shows Everest has grown by 86 cm. Everest’s height is now officially 8,848.86 metres. Below is an explainer that describes how the world’s highest peak was measured.

How did Nepal measure Mount Everest?

In 2017, prior to the actual measurement work, the Department of Survey finalised the methodology for measuring Everest by taking the inputs of senior survey scientists from India, China, the US, and New Zealand, among other countries, some of which had previously been involved in measuring Everest’s height.

In February 2018, Nepali surveyors started the precise levelling field survey from Maadar, Siraha, a Nepali district bordering India. Since Nepal doesn’t have direct access to sea-level data, the altitude of the sea level was derived from coordinates in the Bay of Bengal. Upon Nepal’s request, India collected sea-level data from the Bay of Bengal, and that data was linked with coordinates for Maadar—the Nepal-India border point.

A precise step-by-step levelling survey, comprising a total of 248 km from Maadar to Solukhumbu District, was conducted. Apart from this, the scientists used Global Navigation Satellite Systems (GNSS) to produce 300 control points that were used to gather trigonometric data. On May 22, 2019, an expedition team led by chief surveyor Khim Lal Gautam carried a GNSS receiver and antenna to the top of Everest to get the satellite data related to Everest’s height and its geographical position.

Based on the data collected from the gravity survey, GNSS survey, and precise levelling, surveyors calculated the equipotential surface and geoid model around Mount Everest. Using the geoid model and ground GNSS data, the surveyors computed the geoid undulation. Using this mode, the undulation value was derived from the satellite on top of Mount Everest, the geoid particulars, and the relation between the sea level and the summit of Everest. Using the geoid details and the satellite data, the precise height of the top was determined.

Nepal remeasured the height of Everest on its own for the first time in its survey history after some scientists questioned whether Everest had shrunk due to the 2015 earthquakes. Although several surveyors and Sherpas were involved in previous expeditions to measure Everest, Nepali surveyors had never before conducted such measurement work on their own in the past.

Were the Nepali surveyors trained abroad?

What measuring equipment was used to determine Everest’s height? How did Nepal procure them?

The Department of Survey already had many types of survey equipment. But the department purchased a gravimeter from Canada while Trimble Inc. provided the GNSS receivers. Trimble, a multinational company, also donated some R10 receivers.

How did the latest technology help make the measurement process easier?

The GNSS machines provided by Trimble were lighter and more efficient than machines used in the past. They also came with in-built batteries, which allowed the surveyors to use the machines, which weighed less than a kilo, right out of the box. Trimble provided three GNSS receivers, but the survey team took only one of them to the top of Everest. The others were used in surveying.

GNSS receivers can capture signals from satellites and determine heights and coordinates accordingly. Since the GNSS machine was light, it made for an easily portable unit the surveyors could carry with them on their expedition to the top of Everest.

How many people were involved in the measurement process?

A separate unit, manned by six survey engineers, was established at the Department of Survey in 2017. Apart from them, about 80 staffers were mobilised for the levelling surveys. A separate expedition team was trained to collect satellite data from the top of Everest.

About NRs 160 million was spent on completing the Everest measurement process.

A revival in vinyl

Wild Yak Records is attempting to bring the nostalgia and analog quality of vinyl to a new generation of music aficionados.