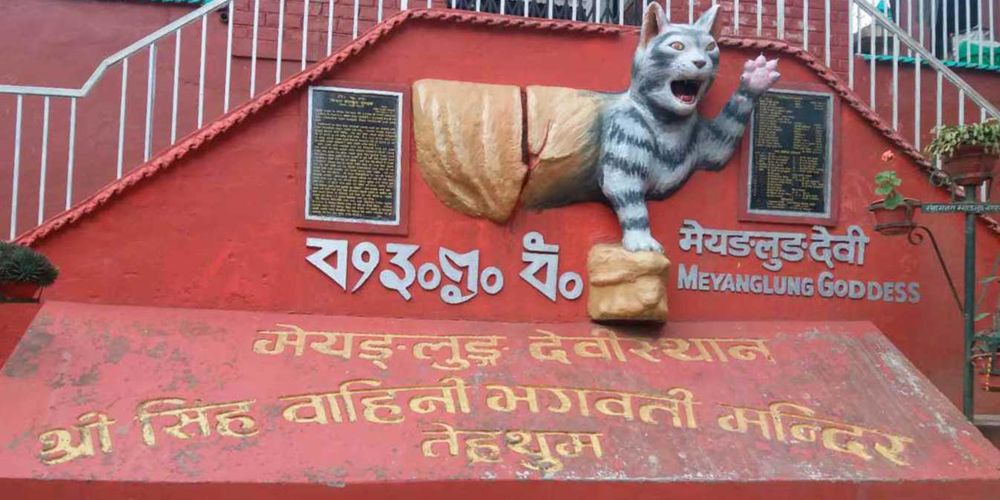 Mamta is from Mithapur of Danapur, in Patna, India. “Very soon, it will be time for plantation, rain and Bol Bom,” she intimates, conveying her longing for Mithapur. Now she has made Meyanglung, Terhathum, her home. “Wherever he decides to move, we tag along. We must.” Mamta's life changed drastically after marriage. Her husband Chhotu and her father-in-law, owned a sweet-shop in Dhankuta for nearly two decades. After marriage, Chhotu opened a new shop in Meyanglung about a year ago. In a town full of Limbu kids, Chhotu’s cousin Dipak, who also helps at the shop, is sometimes singled out as ‘Madhes-ey’ in school. Mamta’s eyes search for words in a maze of silence as she tries to come up with a name of a local person she could consider a friend. But business is good. In this district that not too long ago was the hotbed of the Limbuwan Movement, Mamta and Chhotu find a place to call home. Over the daily cup of morning tea, and the occasional feast catering, everyone has come to know Chhotu and Chhotu knows everyone. Politics matters little in this relationship of mundane transactions.

In this district that not too long ago was the hotbed of the Limbuwan Movement, Mamta and Chhotu find a place to call home.

It is Friday morning. Women and men from the neighboring villages, most of them young, are making inroads into the Tudhikhel area of Meyanglung bazaar. A haat bazaar is forming – the weekly market fair. Local boys with shiny new hair and best outfits are strutting around to find ex-classmates they used to have a crush on. “Wait for a bit until the market subsides. You will see him with all her groceries on his back, huffing and puffing his way up the hill after her," one teases the other amidst giggles. Halfway through the day, some young men have had a little too much to drink. They have gathered in front of a store as one amongst them yells at the other, “Come to Fedaap if you want to see what Limbuwan looks like!” Fedaap is almost an hour's walk further east from Meyanglung bazaar. One bazaar boy disagrees. After the initial fervor, where he was active in forming a Limbuwan committee in Meyanglung, members quit the party to return to either the Nepali Congress or the UML. “[The Limbuwan Party] split all the time. How is that different from any other party?” he asks. People also started getting weary of “donation collection”. His last active involvement in party politics was in the local election. During the campaigns, he and his friends formed a human chain around selected homes in the bazaar to physically stop UML party workers from entering the houses. “That was the extent to which we went to stop them from bribing our relatives for votes." Politics, as a tool for reinventing “democracy”, continues to be absurd.

During the campaigns, he and his friends formed a human chain around selected homes in the bazaar to physically stop UML party workers from entering the houses.

Jeet Limbu, a district committee advisor of the Federal Socialists’ Forum, lets out a sarcastic “hyaa!” and sips his tea. A cousin had asked, what are the chances a relatively new outfit like his could claim mainstream political space in Meyanglung. Jeet's measured answer is a truism in politics: the more things change, the more they stay the same. He laments that Meyanglung's bikas budget reaches the ground only after obtaining consent from a Bahun local, who is a retired public official who continues to wield sufficient political power to regularly assemble district heads in his living room. It helps that he is also a businessman. Limbu concedes that politics is difficult to penetrate. The town council meeting soliciting proposals for development projects, and the municipality board meeting that follows to decide which are selected for funding, are performative exercises in futility as far as local self-governance goes. Politics, as Limbu alludes to, is borne out of a Faustian affair between money and power.

A family and their friends and relatives have gathered in a house mourning the loss of a member. It is the fourth day of the mortuary ritual. The following morning is the last remaining ritual to bid adieu to the departed. The first group of card players is formed. They are the non-alcohol drinkers. Most of them belong to the Nepali Congress. The non-drinkers are ushered into a small room next to the balcony. At the entrance to the small room is a big signboard that reads: “Federal Limbuwan Party”. The landlord gives away an exhausted invective: “They have not paid the rent for almost a year now for their office space.” Out in the balcony, two separate groups of alcohol drinkers claim their territories. One belongs to the UML, the other, Maoist. The game of cards is on. The two groups in the balcony outshout the group inside as every throw and show of cards is met with a sigh or a thumping roar. Politics, as a partisan narrative, loses its identity amidst alliances forged and alcohol downed in this house of cards.

In Meyanglung, when someone dies, they say, ‘senterum ta hola ni’ – must have been the same old rum.

As dusk falls, Mamta and Chhotu call it a day at their shop. A young man playfully follows his crush’s footsteps up the hill, with her grocery bag latched onto his back. The advisor of the Federal Socialists’ Forum ambles his way home for a quiet dinner with his wife, and a quieter sleep after. The Fedaap youth has decided to camp in the bazaar for the night as his legs have lost their way, thanks to senterum (alcohol). Senterum comes from ‘same tei rum’ or same old rum. In Meyanglung, when someone dies, they say, ‘senterum ta hola ni’ – must have been the same old rum. In this town, there is very little that is unanticipated or aspirational in the way life and politics, and life as politics, unfold.