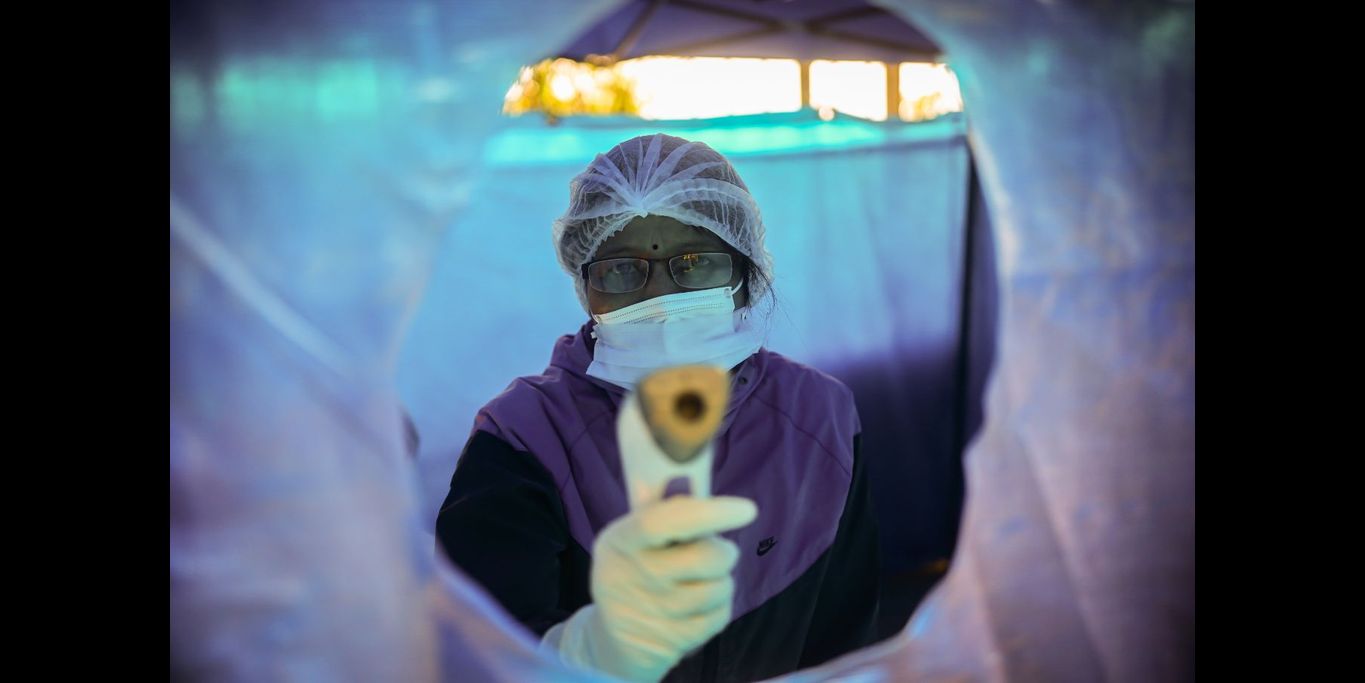 On 25 April 2015, Nepal was struck by the worst natural disaster in the country’s recent history. Five years since that earthquake, and Nepal has had to deal with many more challenges: the blockade by India and the hit to our economy, the numerous floods and landslides that occur every year, the migrant workers’ deaths, and now the new coronavirus pandemic.

The Covid-19 outbreak in Nepal is currently in the phase of community transmission, and the projections of what this pandemic could do to the country throughout the month of May are truly overwhelming. Even scarier is that we lack the emergency care system (ECS) infrastructure to tackle this.

I now work in one of the busiest emergency departments in the United States, but tiny Aanpchaur  village in Gulmi district, where I was born, had no hospital. When I was six years old my uncle suddenly fell sick - I was too young to understand what illness he had, but I knew he was in pain and had high fever. My grandfather and other villagers put him in a doko, a bamboo basket meant to carry goods, and began to ferry him to the nearest hospital. This was an emergency.

The Oxford Dictionary defines emergency  as “a sudden, serious and dangerous event or situation that needs immediate action to deal with it”. The words “sudden” and “immediate” both imply time is short.

When an emergency occurs, an intricate yet pragmatic system with three components gets activated. The scene: the place where the emergency happens - in this case my village where my uncle got sick. The transport: the system that helps take the patient from the scene to the hospital - the doko transport system. And the facility: the hospital where the patient is being taken to. The goal of this emergency care system (ECS) is to deliver time-sensitive services in all components.

Time is key and this is likely the most important word in medical science. When someone has a heart attack, a pipe delivering blood to the heart gets blocked and the heart muscle is racing against time. The longer the heart muscle doesn’t get blood, the higher chance it never recovers. When someone has a stroke, a pipe delivering blood to the brain either bursts or gets clogged and the brain races against time. The longer the brain doesn’t get blood, the worse its recovery. Interventions delivered on time can save lives.

My uncle did not have time. The nearest hospital was in Palpa, a different district, which was 12 hours away. Though road networks have improved significantly in Nepal, the time it takes to reach the nearest hospital from our village has not changed significantly in 25 years. In the rainy season, it could take longer because the hills are prone to massive landslides that block routes.

Well-established ECSes are important to mitigate the damage caused during disasters. The United Nations addressed this specifically in its May 2019 assembly, passing a unanimous resolution mandating making advancement in ECS infrastructure a priority.

The World Bank estimates that more than half the deaths in a country like Nepal can be prevented with good pre-hospital and emergency care.  Simple interventions such as  protocol guided prehospital care, formal triage systems, and designated resuscitation areas in hospitals have been shown to save lives.

Timeliness of care is essential for quality of care. Millions who  are at risk from pregnancy complications, infections, injuries, heart attacks, strokes and diabetic emergencies can be saved if timely and accessible emergency care services exist.

Typically, during a heart attack or a stroke, the brain and heart have less than 4 hours before permanent damage occurs. The fate of Nepali patients depends on where they live. In rural Nepal, where the majority of our population lives, this is the difference between life and death. There are not enough hospitals, cardiac centers and trauma centers in rural areas as there are in Kathmandu. This is inequitable, unfair and unjust, and we must fix it.

Strengthening ECS infrastructure is one of the most affordable public health interventions, and they improve mortality by 50 per cent in some cases. We have learned that even simple interventions when done early can make a huge impact and save lives. For example, giving specific medication early during a heart attack and stroke, giving IV fluids and antibiotics early during an infection, keeping the neck steady early after a major accident, and many more.

What is common to all cases? Early response.

On 25 April 2015, we had to respond to the earthquake. Every year, there are landslides and flooding that test our healthcare system. Right now, COVID19 looks like it will overwhelm our best efforts. In a few years, there will be another major disaster.

We cannot control nature, but we can control our response to disasters. Well established ECS infrastructures will be key in making us more resilient, and help us not only in times of disaster but also when it is more ‘normal’.

Emergency medicine is a new field in medical science. It was not till the 1960s that the first “emergency doctors” appeared in the USA. Now, 60 years later, it is impossible to imagine a health care system without a pre-hospital system, an emergency department, or emergency medicine specialists. Systems for emergency response like “911” in the USA or “999” in the UK exist only because of well set up ECSes.

The emergency departments look very different in Nepal. The majority of emergency care in Nepal is provided by health assistants at local levels, medical officers (MBBS graduates who have just finished medical school), internal medicine and general practitioners. The current rules make it very difficult to become an emergency medicine specialist in Nepal. After MBBS studies and a few years of being a medical officer, the doctor has to undergo a special training (residency) for a number of years in some field like internal medicine. Only after this can they pursue extra training in Emergency Medicine. Again, this takes too much time.

Nepal’s constitution guarantees free emergency care to all its citizens and there are signs of hope that we will achieve this. Prior to the COVID19 pandemic, the Ministry of Health and Population, in partnership with the WHO, started taking steps towards advancing ECSes in the country. This is the right direction to take. After the current pandemic, we must be better prepared for the next disaster.

Did my uncle have a heart attack? A stroke? A simple infection? I don’t know. He died before reaching the hospital. Though the doko was the best we could do 25 years ago, we can do better today. We must have an ambulance system that is accessible to everyone: air or ground. We must have trained medical professionals transporting patients. We must have enough trained emergency doctors.

Daily at work, I see patients with heart attacks and strokes survive and recover because they get to hospital on time. Someone living in Nepal should not have a different fate compared to someone living in America. Why should Gulmi’s people fare worse than those in Kathmandu?

It is not only during disasters and pandemics that we need efficient emergency care systems. They are the frontlines of medical care all the time. We must invest in them to save lives everywhere.