The director and the theatre were intimidated into remaining silent 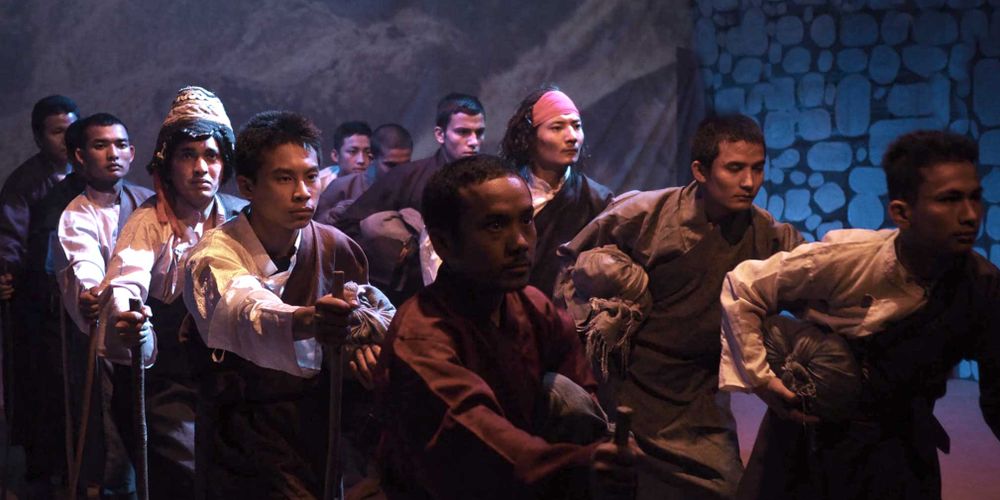 On June 11, a week ahead of Prime Minister KP Oli’s scheduled visit to China, Shilpee Theatre in Kathmandu cancelled two shows of Kora, a play depicting the woes of Tibetan refugees living in Nepal and India. The board of Shilpee Theatre had decided to shut the play on June 08, after the artistic director of Shilpee Theatre, Ghimire Yubaraj reported to the director of the play, Loonibha Tuladhar, that he had received warnings from the Ministry of Foreign Affairs (MoFA). The play had begun staging from May 31 and was supposed to continue till June 14.

After Tuladhar took a stance on the issue, Shilpee allowed the continuation of the play for two more days on the condition that the play not be promoted on social media and other media outlets. Although Tuladhar wanted the play to continue, she was worried for the safety of the cast and crew. “Compared to China we are nothing,” Tuladhar quoted Ghimire Yubaraj as saying. “They could destroy the theatre house and the decade-long work we have put into it.”

Ghimire Yubaraj refused to disclose under whose pressure he shut down the play.  Tuladhar stated that Ghimire promised to write about the incident in the papers, but only after the Premier’s official China trip was over.

“The artist inside of me died. I was not able to sleep or eat.”

The day Ghimire reported MoFA’s warning call to Tuladhar, she reached out to Timothy Aryal, a sub-editor at Kathmandu Post, pleading for the cancellation of a review that was scheduled for publication. The review did not make it to print. “The artist inside of me died. I was not able to sleep or eat,” Tuladhar said. “I chose to remain silent. I felt this was safe for everyone around me including my one baby boy.” Tuladhar was initially reluctant to  go public with the story because she assumed that the future of Shilpee Theatre was at stake. She also thought news of intimidation would heighten the existing “sensitivity” of directors away from any topic that would be disliked by those in power. After a few days she collected herself and was willing to speak up on record.

Shilpee Theatre has done plays in the past that touch on political themes, making the closure of Kora all the more striking. In April, the theatre had staged Sakhi, a play that told the story of civilians caught in the tug of war between the Maoist guerrillas and the Nepal Army. A lot of the dialogues for Sakhi were in Maithili; Shilpee has been a champion of promoting theatre in the various mother tongues of Nepal. The theatre house also completed a Tamang theatre festival recently.

Shilpee had initially green-signaled Kora, but felt the need to stop the play when an acquaintance from MoFA called, saying that the Nepali government was resolute in the one China policy. Meanwhile, Ram Babu Dhakal, the assistant spokesperson for  MoFA denied that the Ministry issued threats.

“It is very rare that plays are cancelled, if an actor is sick we find a substitute as soon as possible,” said Rajan Khatiwada, a theater veteran and the artistic director of Mandala Theatre. “After the dissolution of the Panchayat government, the only physical interruption of artistic expression was during the People’s movement in 2006/07 when police opened fire at a gathering of poets and theatre artists in Baneshwor. Other than that, the staging of Charan Das Chor had to be cancelled because of a week-long Bandh in the Valley that was called by the Maoists.”

Artists in Nepal have faced other threats in recent times as well. In January 2014, when Theatre Village was staging the Nepali adaptation of Rabindranath Tagore’s two act play Malini for the first time, Nepali representatives of Rashtriya Swayamsevak Sangh (RSS), parent outfit of Hindu Nationalists in India, threatened the members of Theatre Village. “They were angry about certain Hindu imageries in the play,” Bimal Subedi of Theatre Village shared. “We continued and nothing happened.”

The decision to shut down the play was a difficult one for Tuladhar. “The move to limit my artistic expression felt like being a refugee in my own home,” she said.

The project has become a geopolitical ping pong

Nepal-China railway will not change geopolitics in South Asia