On becoming and unbecoming a citizen 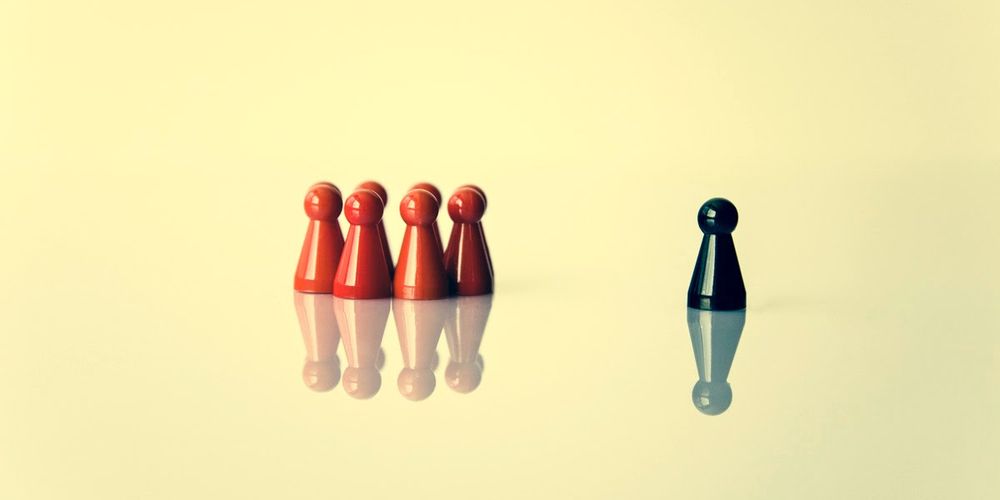 Not everyone forms an attachment to the country that they happen, by chance, to be from. That is a choice we make—if we get to make it at all, and are not stateless or undocumented or living in limbo as a refugee. At some point in our lives we can decide that this is where we’re from. Or we can drift into forming an attachment: If we live anywhere long enough, it is easy for the cumulative aggregation of our experience, memory, and desire to make us lose sight of where we begin and where our society ends. We identify with our society and project our own identity onto it. “I’m of such-and-such nationality,” we say, as though there were some essential quality to being from somewhere, a quality that we, too, harbor, or that even makes up who we are.

“I’m Nepali,” I’d said in my early twenties, when I returned to Nepal after high school and college in the United States and started to write. Over the next two decades of living in Nepal, I’d reinforced that feeling in countless ways—as someone who felt an outsider, I was perhaps particularly neurotic about this—till in my forties my author’s bio simply read, “Manjushree Thapa is a writer from Nepal.” Even years after I moved to Toronto, it read, “Manjushree Thapa is a writer from Nepal who lives in Canada.”

Then, last year, when the new constitution refused to grant equal citizenship rights to women, I snapped out of my neurosis: I stopped being able to project my identity onto a country that didn’t see me as fully human.

I’d lived in Canada for several years by then. My partner, a Canadian, had for years urged me to apply for citizenship here, because any number of studies have found this to be among the most empowered nationalities in the world. (The same studies have found Nepali nationality among the least empowered.) So I applied, studied the government handbook, and when the time came, drove to a drab government office in the suburbs of Toronto to take a multiple-choice test. Yet when I was invited to take the oath of citizenship a few weeks later, I was emotionally unprepared to stop being Nepali; and I certainly didn’t know what to make of being Canadian.

This is an age of identity politics, with resurgent civil rights movements, and also sharp resistance to them, rising globally. Since 1990, identity politics have risen in Nepal, as women and excluded caste, indigenous, and regional communities have sought to expand democratic rights beyond the reach of a narrow caste and gender elite, who have fought back, sometimes viciously—for example by allowing the first Constituent Assembly to abort the birth of a truly inclusive constitution. (The rise of white identity politics in the United States is a similar example.)

To claim an identity—out of a vague sentimentality or a clear belief or even mere pragmatism—is to step onto the stage in the theater of identity politics. And such politics—like all politics—is, in my view, a theater.

There are two divergent, and irreconcilable, philosophies on the matter of identity. One considers identity to be inborn and inherited: this view is essentialist. Nepal espouses an essentialist position by privileging those with the bloodline of a Nepali father. The alternative philosophy considers identity to be performative: those who behave in a certain manner acquire that kind of identity. Canada espouses this philosophy: if you act in ways that meet the government’s criteria, you can become Canadian. All forms of identity politics—progressive or regressive—arise from the creative tension between these two philosophies.

An adherent of deconstructionist thinking, I align with this latter position. I understand the value of coalescing around identity, particularly as a way of promoting diverse cultures and intelligence systems. But ultimately I believe in human freedom, including the freedom of self-definition.

Over my years in Nepal I had chosen how to enact my Nepaliness. Born an “insider” in a well-to-do so-called “high-caste” Hindu family, I nevertheless sympathized with “outsiders” out of a garbled sense of liberal guilt and my own rage at being unequal to men under Nepali law. Nepal’s restrictions to political and personal freedom became the recurrent theme of my writing. There was, I learned, a term for everything I was doing: I was being an engaged writer. In later years I was particularly educated by working as part of a research team for a study on Nepal’s civil rights movements. (The World Bank published a summary of it as Unequal Citizens: Gender, Caste and Ethnic Exclusion in Nepal.) This was when I saw how deeply and systematically entrenched the exclusion of Dalits, indigenous and regional communities, and also women, was in Nepal.

I spoke out about, and sometimes ineptly blundered into speaking for, the powerless. At some point, mid-career, I noticed that I was using the word “we” with increased frequency, to give my arguments added authority. We, I would write when I meant Nepalis; and if I caught myself at all, I would wince a little. It seemed to erase Nepal’s plurality and my own privilege. I eventually made it a point to stop using the presumptive “we” in my writing, though it often slipped out informally, in conversation or on social media. “We Nepalis.”

Throughout the years, my attachment to Nepal grew deep, but no one would ever mistake it for patriotism. To be a patriot is to love a vision of a country that the state represents. “I love Nepal,” the patriot says, when what he actually means is, “I love the Nepal Project.” I never loved the Nepal Project; quite the opposite. But—and this has always embarrassed me, as it makes me sound like a patriot—I did love Nepal.

Then I became Canadian, and all these feelings became like the cut chords of a guitar, clanging inharmoniously in my heart. Singing Canada’s national anthem after the citizenship ceremony, I flailed, unable to feel what I was saying: “O Canada! Our home and native land.”

I suppose that in time I’ll figure out how to enact my Canadianness, and I’ll form an attachment to the country, and maybe even come to love it. But I’m quite certain I won’t be a patriot here either.

Canada’s democracy is considerably more just and inclusive than Nepal’s, but it too is undergoing the palpable churn of identity politics. There are three distinct visions of Canada: one that sees the First Nations, Métis, and Inuit communities as central; another that places the original British and French settlers as central; and yet another that emphasizes the country’s openness to immigrants from all over the world. Each of these visions of Canada complicates and problematizes the others.

So far, it is this churn that I am most moved by here. The present prime minister has promised to establish a nation-to-nation relationship with indigenous communities; he has also characterized Canada as “post-national.” The Canada Project is under questioning by insiders as well as outsiders to power.

And this, finally, allows me to relate to my new country a little. Ultimately, it is not, at least structurally, so different from Nepal. It is a work in progress, dynamic, changing, constantly in flux. All countries are.

For now, I am waiting and watching, looking for a way into this churn, somehow. And—I hope patriots everywhere will forgive me—I am letting myself acknowledge that though I am now Canadian, I still love Nepal.

In the inner chambers of the Drafting Committee of the Constituent Assembly, "upper caste" lawmakers chop off and distort previously agreed provisions for Dalits

By reading the Quran and fasting during the holy month of Ramadan, Muslims build a personal connection with Allah and reinforce their faith.