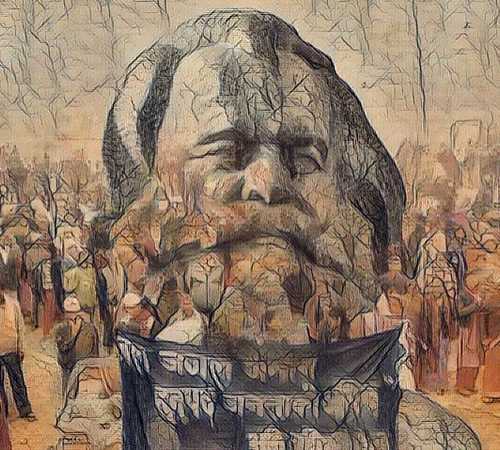 Is it possible to speak of a Nepali Marxist feminism that doesn’t account for caste and ethnicity? This question is evermore pertinent now, especially given the critical juncture we are at, when Marxist feminism in South Asia has undergone major redefinitions and contextualisation, and when we’re seeing the growing assertiveness of ethnic and Dalit politics. These developments call for an urgent recognition of the caste privileges engrained in what is being termed modern secular politics. Yet, Nepal’s Marxist feminist politics seems to be located in a secular modernist paradigm that renders caste, ethnic, and racial differences irrelevant. It is therefore unnerving to see a rather narrow reading of Marxist utopia rule Nepal’s Marxist feminism. This type of thinking is also responsible for the continued divisions within the feminist movement in Nepal.

In the recent past, the acutely inaccurate narrative that the only reality is one of ‘class war’ has resurfaced in Nepali Marxist feminist discourses. Some eminent Marxist feminists here have often said caste and ethnic divisions are irrelevant and have forwarded a rather simplistic analysis of gender and inequality–one which identifies class difference between men and women as the only reality. This framework is inadequate for identifying and analysing the complex realities confronting women’s intersectional experiences, which are also informed by caste, race, ethnicity, and non-binary gender issues. Furthermore, the idea that liberation is possible only through class liberation has become a tool for articulating a stance that seeks to render caste and ethnic differences invisible. In the face of such an outlook determining the discourse in the public sphere, we first need to deepen our understanding of what we mean by class itself. Labour, for example, is not an undifferentiated, homogeneous social category displaying uniform class qualities; rather, it derives from the material reality that springs from everyday lived experiences and practices.

The smokescreen of class war

For instance, will an analysis based on ‘class war’ alone be a sufficient lens to explain the disproportionate level of sexual, physical, and mental violence that a Dalit woman suffers? And can such an analysis explain this crude reality? Furthermore, would it be accurate in our highly caste-based and ethnically demarcated society to say of a Brahmin family and of a Dalit family who are both working as wage labourers that their ‘class’ is the same and that they differ only in terms of ‘caste’--as if caste were an innocuous identity marker? The Brahmin family is more likely to have been  more recently dispossessed of their land and will have greater historical claim to the land. They are thus much more likely to have relations with rich landowners, owing to their recent past of being landowners themselves, and to thus get preference in being hired as labourers and getting higher wages. Furthermore, the Brahmin family will have access to amenities and resources such as the village well and local market as well as availability of space for business and economic opportunities, while the Dalit family is unlikely to have any of the above. In addition, as mentioned earlier, the women in the Dalit family are more likely to be sexually, physically, and mentally exploited, and in most instances, they will not get justice against these atrocities. Can these and other similar factors be discounted altogether with the smokescreen of ‘class war’?

Similarly a Madhesi Brahmin woman and a Pahadi Brahmin woman with the same educational qualifications and working in the same workplace will experience the work space differently. The Madhesi woman is more likely to be humiliated and exploited and is more prone to facing racist remarks and comments. The Madhesi woman will also have fewer opportunities for promotion, less recognition, and fewer avenues of access to power centres. The Pahadi counterpart, on the other hand, with historical claims to power, is protected from discrimination and exploitation through their very affiliation with the community in power. Therefore, the underlying factors that are at the core of determining the relations to the means of production are inherently shaped by relations of gender, caste, ethnicity, financial means, family history, and other factors such as education and access to resources. The operative feature of caste and ethnicity in Nepal is that, as with race elsewhere, caste and ethnicity determine labour in Nepal, and the labouring body is marked indelibly not only by gender but by caste and ethnicity. In his seminal work The Economics of Discrimination, Gary Becker has this to say: “Discrimination arose from whites’ dislike of physical association with blacks and this in turn shapes the demand for black labor”. Becker thus provides a succinct summary that serves as a lens to understand the gendered, ethnic, and caste-determined intersectional experiences and the subsequent economic disadvantage faced by marginalised populations in Nepal.

Using this lens can also help explain how the labour market is stratified into separate tiers for populations of different ethnicities. The better paying, more skilled, cleaner, more secure jobs have historically been reserved for ethnically privileged Pahadi high-caste workers, leaving the low-paying, insecure, dangerous, seasonal, dead-end jobs for ethnically disadvantaged Dalits, Madhesis, and Janajatis. In addition, institutional barriers undercut the latter populations’ ability to compete in the labour market. Therefore, the public, domestic, caste, ethnic, and gender orders are intimately interlinked. Philippe Bourgois has termed this form of oppression “conjugated oppression”. He describes it in the Indian context as “the co-constitution of class-based relations and oppression along the lines of race, ethnicity, gender, and caste and tribe that is entrenching Dalits and Adivasis at the bottom of social and economic hierarchies in India”. We can also apply this framework to Nepal to describe its society and to understand the day-to-day struggles faced by Dalit women, whose experiences are influenced by  the intersection of their caste, ethnic, and gender identities.

Read also: The diversity of Nepal’s women’s movement must be recognized

Making visible class-gender-ethnicity- and caste-bound experiences--rather than rendering them invisible or trying to disregard and diffuse them--is the only way to broaden the ambit of Marxist critical thinking in general and Marxist feminism in particular. It is important to recognize that identity, agency, authenticity, space, and body are inextricably woven into the experiences of oppression and into the exploitation of the working class, peasant, poor urban, and minority populations. A critical feminist framework needs to identify the entrenched cultural subordination at play in production relations that are influenced by the complex and dynamic interconnections between caste,  ethnicity, race, class, and patriarchy. It is important to understand the aspects of caste/class-specific gender relations and patriarchal norms as well as to account for key differences and divisions between women. By providing a contextualised, intersectional understanding of differential social relations and differential social locations of women, Nepali Marxist feminism can make a new and distinct contribution that will help illuminate better the systematic and systemic workings of societal structures of domination and subordination.