Language used by Nepali men to refer to professional women and female counterparts is often infantilizing and show lack of respect. 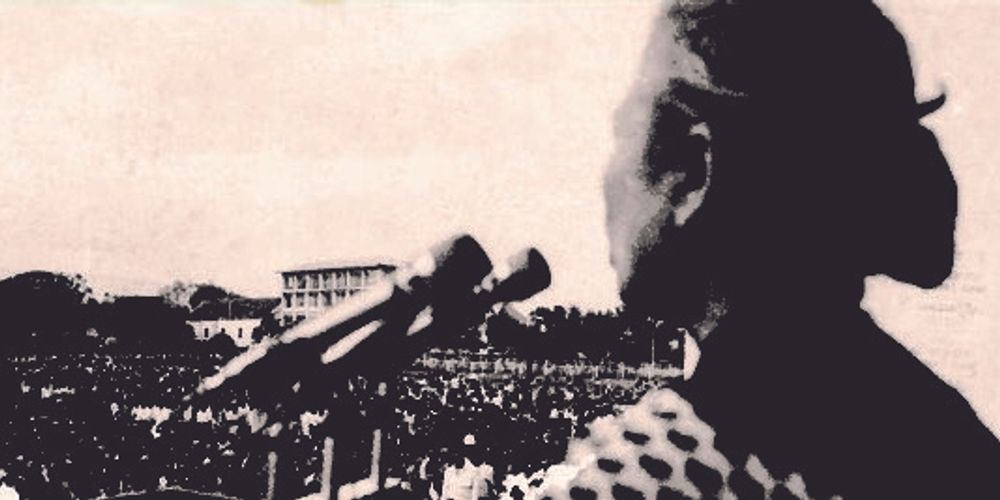 At an annual conference of academics last week in Kathmandu, a Nepali male academic asked questions to two foreign male presenters on a panel, calling them by their names. The third paper on the panel had been presented by two younger Nepali female researchers. He called them “ladies”, even though he was close enough to see their name boards on the table. When called out on this, the Nepali male academic refused to apologize, citing “Nepali” social norms of respect.

Nepali women present and those commenting on twitter-verse on this incident disagree.  Nepali men no longer have the monopoly on defining “social norms,” “respect” and what counts as politically important to highlight.

For women in Nepal who conduct research and participate in forums for sharing knowledge, the struggle to be heard and respected is real. One woman responding to the conference incident tweeted:

“I experience this all the time! "Naanu", "Bunu", "The women researchers", "The researchers and the girls" are just a few. We call it "Naanu-ism" and "Bunu-ism".

The power relations that underpin such language are clear to women, including the lack of respect shown in recognizing authorship and professional identities. Nepali women are entangled in so many hierarchies: caste, class, ethnicity, language, religion, age. Ideas about “respect” come from precisely these hierarchies of power.

To understand how hierarchies are made by language, think about who gets to use timi and who is expected to use tapai in academic settings. Of the many reasons to respect my colleague Pratyoush Onta is the fact that on the second or third time we talked in detail he said, “let’s address each other as timi, ok?” In other words, he asked my permission to address me as timi and gave his consent for me to do likewise. There are other Nepali male academics who never asked me, but suddenly switched from tapai to timi, or who dropped the ji of Seira ji. Some of them are older, some are younger, some obtained their Ph.Ds after me, some have no Ph.Ds, some are Western educated, some not, some are Bahun, some Janajati – all are male.

I continue to use tapai and ji each and every time I talk to those particular men. Partly it’s socialization – some are older, I’ve been taught to avoid conflict, etc; partly I see it as maintaining professionalism; partly I do it as my own research. They seem not to notice that they have demoted my status to timi, they do not ask me to reciprocate, or, apparently, to notice I continue to say tapai.  After all, according to the “natural” order of Nepali society, or “Nepali” social norms, it is evident that women address men as “tapai.” They may explain their use of timi to me as indicating “closeness”, but this familiarity is on their terms and preserves their status – they are casual with me, but I must remain “respectful” to them. I’ve not been asked if I feel “closeness.” I feel hierarchy.

I have experienced and seen the structured inequalities of so-called intellectual environments. These are spaces dominated by clever word play, masculine preening and performances of authority.

I am privileged in many ways. I cannot speak about the experiences of women with different circumstances than mine as they navigate the numerous, intersecting hierarchies of power in Nepali intellectual and academic circles – educational, linguistic, social, cultural, political, geographical. But I have experienced and seen the structured inequalities of so-called intellectual environments. These are spaces dominated by clever word play, masculine preening and performances of authority. Homosocial bonding between Nepali men – that is, bonding simply on the basis of being men – guarantees that male scholars will have receptive male audiences and disciples (chelas/bhakts), irrespective of their actual depth of knowledge and quality of analysis. Nothing in such an environment gives women authority over knowledge or values their perspectives as legitimate. Their contributions are erased.

Nepali women want Nepali male intellectuals or buddhijibis to be our allies in critical thinking and social justice. But incidents like the one at the conference remind us again and again that, forget solidarity, many Nepali male academics actively undermine the struggle. When socially ingrained but distorted notions of respect are applied in academic spaces, respect means agreement, and criticism is equated with disrespect. This has real consequences: critical inquiry is suppressed and there is no space for alternative viewpoints that reflect other social conditions in which knowledge is produced (“situated knowledge”). When a narrow group of people decides whose knowledge has value, they automatically exert control over those whose efforts they deem to be of no use.

If brave women can come forward to share experiences of sexual harassment and violence in such settings, the least we can do is call out fellow male academics for reinforcing an environment that inhibits the emergence and development of future female scholars. This is as much a challenge to myself as others. We should exercise our right to define for ourselves what “social norms” and “respect” are.

I end by sharing two thoughts reached over years of attending seminars, workshops, and conferences.  First, I’ve learnt that asking for feedback on a paper if you’re a woman in Nepal, and especially a younger woman, is an exercise undertaken at one's own peril. The audience and other speakers will invariably be dominated by high-caste men, eager to benevolently bequeath their bountiful stores of knowledge regardless of direct relevance or utility. And secondly, I have become increasingly convinced that not only Buddha, but mansplaining, was born in Nepal.

Seira Tamang  Seira Tamang is a political scientist whose research interests have focused on gender, state and democracy.