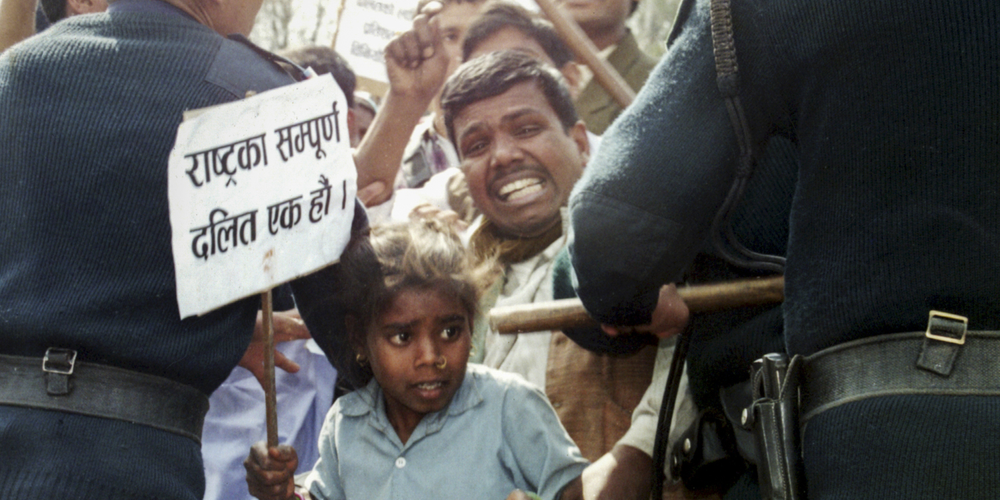 A day after Rupa Sunar spoke up against the caste-based injustice she faced in Kathmandu, I called a former colleague, a Dalit, to talk about the incident. To my surprise, he sounded almost nonchalant. When I asked him how he felt, he gave a vague, evasive reply. It was only after I expressed my outrage, after I clearly stated whose side I was on, that he revealed how hurt, angry and hopeless the incident had made him.

His delayed response gave me pause. Why did he hesitate to share his anger with me? Fine, I admit that my ancestors, despite their lowly status in the caste hierarchy, considered Dalits much lower than them. Many of my older relatives, steeped in tradition, still practice untouchability. They have internalized the principle of “graded inequality” (Ambedkar’s phrase) that lies at the core of the Hindu caste system. This is true for all other Janajati communities that I know of. In fact, I have rarely come across an ethnic group, no matter how poor and marginalized, that does not consider itself higher than Dalits, whether in the hills, mountains, or the Tarai. Still, it saddened me that my colleague doubted, even if momentarily, where I stand.

But soon, I realized he had every reason to doubt me regardless of my education and public pronouncements.

It was a sight to behold – the way non-Dalits in Kathmandu ganged up, not against the perpetrator of caste discrimination Saraswati Pradhan, but against the victim Rupa Sunar, the malicious campaign they launched against her, the variety of reasons they spouted to defend casteism. The extent of upper caste ignorance about Dalit quotas, and their resentment against Dalits, had never been exposed so blatantly. Several online media outlets descended into the absurd, one declaring that she had received funds from the European Union to destroy “communal harmony.” Among those who helped propagate this claim were a noted water expert and a famous actress.

In his book The Persistence of Caste, the Indian writer Anand Teltumbde writes: “Earlier, atrocities were committed in the arrogance of impunity, for untouchables had no means of resistance; now they are committed in vengeance against dalit assertion.”

Few would have complained had Rupa Sunar quietly dropped the case, adopted a fake surname, and rented a room from an unsuspecting landlady in another neighborhood. By some ill luck, if the landlady found out her real caste, all she would have to do was pack her bags, slink out of the back door, and find another place. The order would remain intact, social harmony continue to flourish. But instead of staying silent and hiding her caste, Rupa Sunar chose to assert her dignity and disrupt the ‘harmony’ founded on caste oppression. This was what many non-Dalits found intolerable. The young Dalit woman who could challenge the casteism of Kathmandu raithaney seemed like an unprecedented threat.

Rupa Sunar’s act of resistance not only sparked the predictable rage of Bahuns and Chhetris, it also unmasked many Janajatis who see themselves as crusaders of justice for the marginalized. It is easy to demand rights and justice when we or our kind are at the receiving end. But the ultimate test of our progressivism is not what we say about those who hurt us, but our response to harm committed against others by our kind, be they members of our tribe, group, or family. Many educated Janajatis who spoke against Rupa Sunar and perpetuated caste oppression have failed this test.

In one of his articles, Aahuti writes: “Nepal’s political leaders have never acknowledged that Nepali society was founded on caste. So the political parties themselves were formed along caste lines. Inevitably, the entire political structure they created is based on caste. From the time you entered Grade 1 till you graduated from university, were you ever taught that the caste system is a bad thing?”

No, our schools never taught us about the enormity of the caste system. The discrimination we witnessed at home and in the streets, the casteist language spoken around us, the notions of ‘high’ and ‘low’ seemed so natural as to be invisible to us.

Would those maligning Rupa Sunar have acted differently had they received a better education? Are they just blinded by culture and tradition? Was it tradition that drove ‘ordinary villagers’ in Rukum to murder Nawaraj BK and five of his friends last year?

Maybe. But religion, culture and tradition only partially explain the motives behind caste-based violence. “The crime is committed when its perpetrator is reasonably sure of several tiers of protection…” writes Teltumbde. “The perpetrators operate on the assumption that, by virtue of their caste standing, the police investigation and the trial in court will be weighted in their favour.” He further writes: “A major antidalit atrocity invariably involves the state, the media and civil society.”

In nearly every caste-based conflict that has come to light, the Nepali state has stood on the side of the perpetrators. No less than the minister of education intervened on behalf of Saraswati Pradhan, who refused to rent a room to Rupa Sunar because of her caste. Not only did the minister get her released from jail, he drove her home in his own vehicle amid triumphant cheers and applause.

In Rukum, Nawaraj BK was punished because he defied caste strictures by loving a high-caste Malla girl. On that fateful day, he and his friends had gone to the girl’s village to bring her home as his bride. Investigations carried by non-government organizations and independent citizens revealed that the incident was a premediated and well-organized crime. More than 50 non-Dalits chased the unarmed boys, mostly Dalits, blocked every possible escape route and entrapped them before killing them and dumping their dead and mutilated bodies in the Bheri River.

Read also: Caste has been essential to the Nepali Hindu State

And yet state representatives from top to bottom vehemently denied it was a caste-based crime and jumped to protect the criminals. At the village level, there was Dambar Malla, the ward chair, who was related to the Malla girl’s family and who orchestrated the mass murder. At the municipality level, there was Bishal Sharma, the mayor of Chaurjahari. Not only did he fail to mobilize the local police on time and get the crime scene cordoned off to protect evidence, he claimed that the victims were hoodlums who had jumped into the river while trying to flee the wrath of villagers. Unsurprisingly, upon arriving at the crime scene, the local police arrested not the killers but the unarmed boys who were injured and running for their life. Soon after the incident, Mayor Sharma met with the district police chief Thag Bahadur KC and the chief district officer Upendra Raj Poudel to ensure that Dambar Malla remained untouched. At the top level, there were former home minister Janardhan Sharma and current home minister Ram Bahadur Thapa, who repeated that the boys had died by jumping into the river and the incident shouldn’t be made into a caste issue. Social media commentators and some media outlets repeated these lies ad nauseum.

Many of those arrested for their involvement in the crime have been released one after another. More than a year later, the families of victims are still waiting for justice. Their hearts are broken and their hope is wearing thin.

Rupa Sunar and Nawaraj BK have received their answers from the Nepali state. Kathmandu landlords shall be feted, not punished, for shutting their doors to Dalit home-seekers. Upper castes in this country shall get away with lynching Dalits in broad daylight.

And here we are crying foul over Dalit quotas.

Will the Gorkhali Army succeed against the great empire?

A new book traces the history of Nepali tourism through encounters between Western travelers and Nepalis.