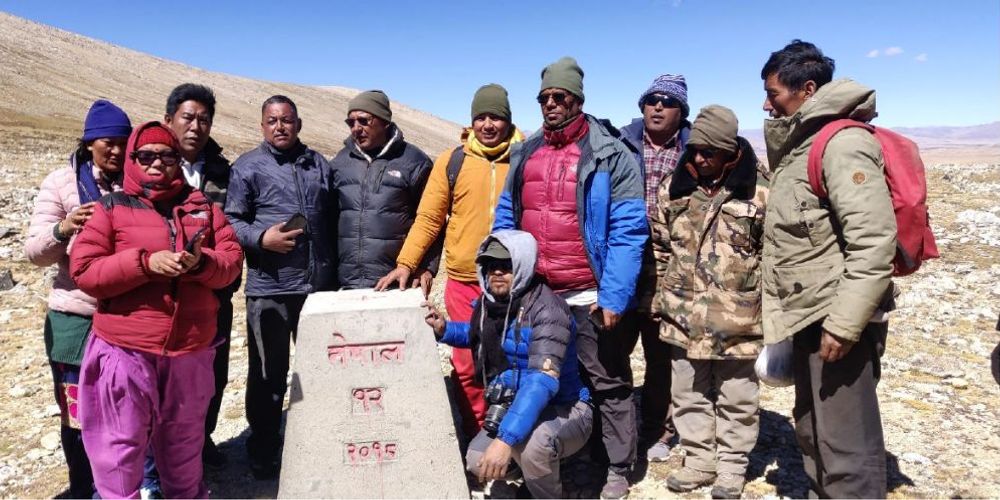 China has encroached on several hectares of Nepali land in various parts of Humla District since the two countries finalized their international border in 1982, a team of prominent citizens in Humla has claimed after returning from a field inspection of the areas bordering the Tibetan Autonomous Region, which is controlled by China.

The report claims that the old border pillars separating the two countries--including pillars 5 (1) and 5(2)--are currently on the Chinese side. The old 5 (2 ) pillar has been replaced with a new one, a development that Nepali authorities are aware of. Similarly, the alignment of border pillar 12 has also been altered.

“It might look like a minor thing, but a minor alignment of a pillar could change the entire border,” Shahi, who is also the main opposition leader of the Karnali provincial assembly, told The Record.

Gappudocha, an area to the north of the places where China has built new physical infrastructure, also remains under Chinese control. That development is significant given that even senior Chinese officials have long acknowledged the area as part of Nepali territory. 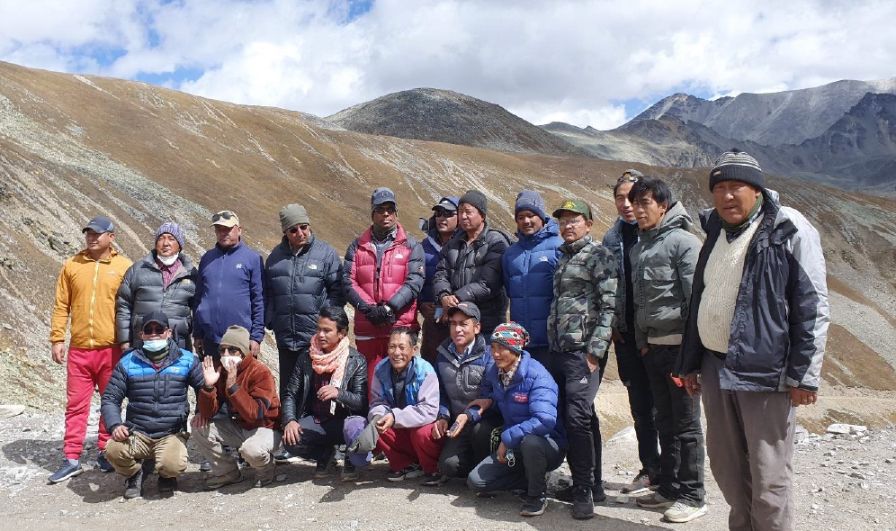 Similarly, China has also built a gabion fence and a gate right along the border line demarcated by pillar no 9 (2). Nepal’s gate, on the other hand, lies around 30 metres away from the border pillar.

The area where the Humla district development committee had built a road in Lolungjong in 2006 also currently lies on the Chinese side. Nepali farmers had long been using the Goppudocha and Lolungjong areas for grazing their cattle.

“The Chinese side has built some infrastructure around 2 kilometres into our territory and has staked claims over a piece of land stretching for around one kilometre,” Shahi said.

The team also found that the Chinese had built a dam by taking stones from that area and had taken hold of a place that Nepalis have long been traversing over during their Kailash Mansarovar pilgrimage.

The report--the first of its kind to be created from facts gathered on the ground--provides a rather authentic picture on the alleged Chinese incursion, and it comes at a time when both China and Nepal have been officially refuting the allegations.

For many months now, the Nepali media, citing named and unnamed officials and locals, have been reporting on a series of stories concerning Chinese encroachment of Nepali territory in the country’s northern frontier. On each occasion, Nepal’s Ministry of Foreign Affairs (MoFA) has refuted the claims.

The MoFA also issued a statement refuting the media reports and statements coming from local officials.

Janak Bahadur Shahi, a local journalist who has been following the developments, told The Record that the MoFA made the refutation before a government team led by the chief district officer had carried out the field inspection.

“They should have waited for the report from the ground before refuting the reports,” he said.

The government’s team, which has since completed its field inspection, has not yet madeits report public.

Before the recent allegations of border encroachment in Humla, some Nepali media outlets had also accused China of encroaching  on Nepali land in remote Gorkha. But the MoFA had dismissed those claims as well.

The Nepali media have been focusing on Nepal’s border issues with both India and China ever since India built a link road to Mansarovar through Nepali territory in May. The ongoing dispute between China and India in the Himalayas has also raised media interest on Nepal’s 1,389 km border with China.

Despite continuous complaints from locals, the Nepal government, other parties--including the main opposition, Nepali Congress--have paid little attention to the border issue. Former minister Shahi said that his team will now submit the report to all concerned stakeholders in Kathmandu, including the Prime Minister’s Office, and demand further investigation on the matter.

“Instead of denying the reports of encroachment, the government should immediately send a team of experts to the field. Let them see it for themselves,” Shahi said.