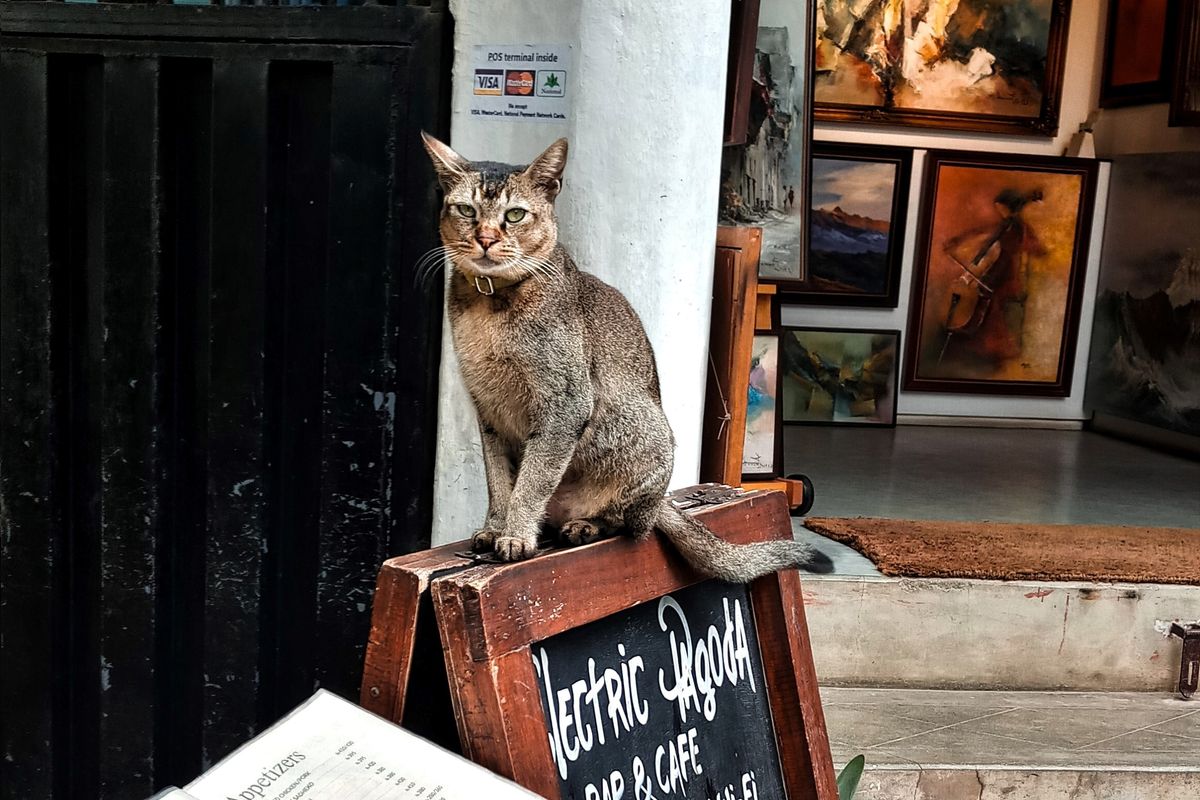 While dogs are adored, admired, and venerated in Nepal, cats are often despised, reviled, and cast aside. It is believed to be bad luck to even see a black cat, as they are considered to be bad omens and witches in disguise. A cat crossing the road is considered inauspicious and Nepalis will often wait for an unsuspecting person to pass before they themselves do. Many households will not tolerate cats as pets, as the general assumption is that they are unfriendly, disloyal, and steal food.

But things are slowly changing, thanks to the internet and young people who don’t share the superstitions about cats as their parents.

“My mom grew up in a community where cats were disliked and blamed for bringing bad luck,” said Sanjivani Thapa, a 20-year-old who runs an Instagram page that facilitates the adoption of dogs and cats. “It took her some time to get used to our cat when I first adopted her but now, her perception has changed and she has even started taking selfies of her and our cat together.”

Since 2015, Thapa and two of her friends have been trying to demolish the bad reputation that cats carry by posting videos, pictures, and information that cats make for adorable companions and are ideal pets for busy, working people living in small rooms or apartments in the city.

But many in Nepal still appear to prefer dogs. Hindu mythology has numerous stories about dogs and Tihar dedicates an entire day to celebrating, thanking, and appreciating canines. Cats, unfortunately, don’t have the same connotations. There are almost no positive stories about cats in myths of this region. Even folk traditions like the ancient Panchatantra or the Buddhist Jataka Tales tend to portray cats as mischievous thieves.

“Dogs have Kukkur Tihar but cats are not celebrated widely,” said Anjani Gurung of the Pokhara-based Himalayan Animal Rescue Trust (HART), which provides veterinary care for street dogs and cats. “People take them as a bad omen due to their associations with witchcraft. However, over the five years that I’ve been with HART, we have seen an increase in the number of cat owners who come to us for sterilization. That is a good increase and I hope that we’ll become a cat-friendly country soon.”

Individuals like Thapa and an entire crop of animal rights organizations like HART are working hard to change the perception of cats. Animal Nepal and the Kathmandu Animal Treatment Center provide rescue, shelter, and sterilizations services while the organization Catmandu Lovers cares for orphaned or abandoned kittens until they are old enough to be adopted. It also provides educational workshops about kitten and cat care and sterilization.

The internet has also helped change people’s perceptions. Cats tend to star in a majority of viral images and videos due to their idiosyncratic behavior. Cats also star in their own genre of memes called lolcats, where text in broken English is superimposed over images of cats and kittens.

But what is perhaps driving the burgeoning love for cats is an awareness among young people that is more ethical to adopt, not shop. This ethos, directed generally towards dogs, was born out of an acknowledgment of Kathmandu’s stray dog problem and how the preference for expensive breed dogs was driving this population. Many animal rights organizations promote adopting street dogs rather than purchasing them from breeders. But in Nepal, there aren’t any cat breeders, as there’s no market for breed cats. Most cats are adopted off the streets, feeding into the ethos of adopting, not shopping.

“The ‘adopt don’t shop’ message is something that I advocate because there are so many animals in shelters that need a home,” said 34-year-old Dipendra Bajracharya, who owns a pet store in Jhamiskhel. “I think that the main reason cats are increasingly being adopted is through word-of-mouth and seeing them bond with humans.”

According to Bajracharya, he’s sold almost as much cat food and supplies as dog supplies ever since the lockdown. So it is evident that more and more people are adopting cats as pets.

Radha Gurung grew to love cats when she started working for Animal Nepal as a communications officer. Previously a self-described ‘dog lover’, the 37-year-old now has a total of four cats and two dogs.

“I used to think that cats were difficult pets to raise,” said Gurung, “but seeing how independent and calm they are by nature, I realized that they were the perfect companions for me. I’ve even managed to convince my cousins and neighbors to adopt cats instead of purchasing dogs.” 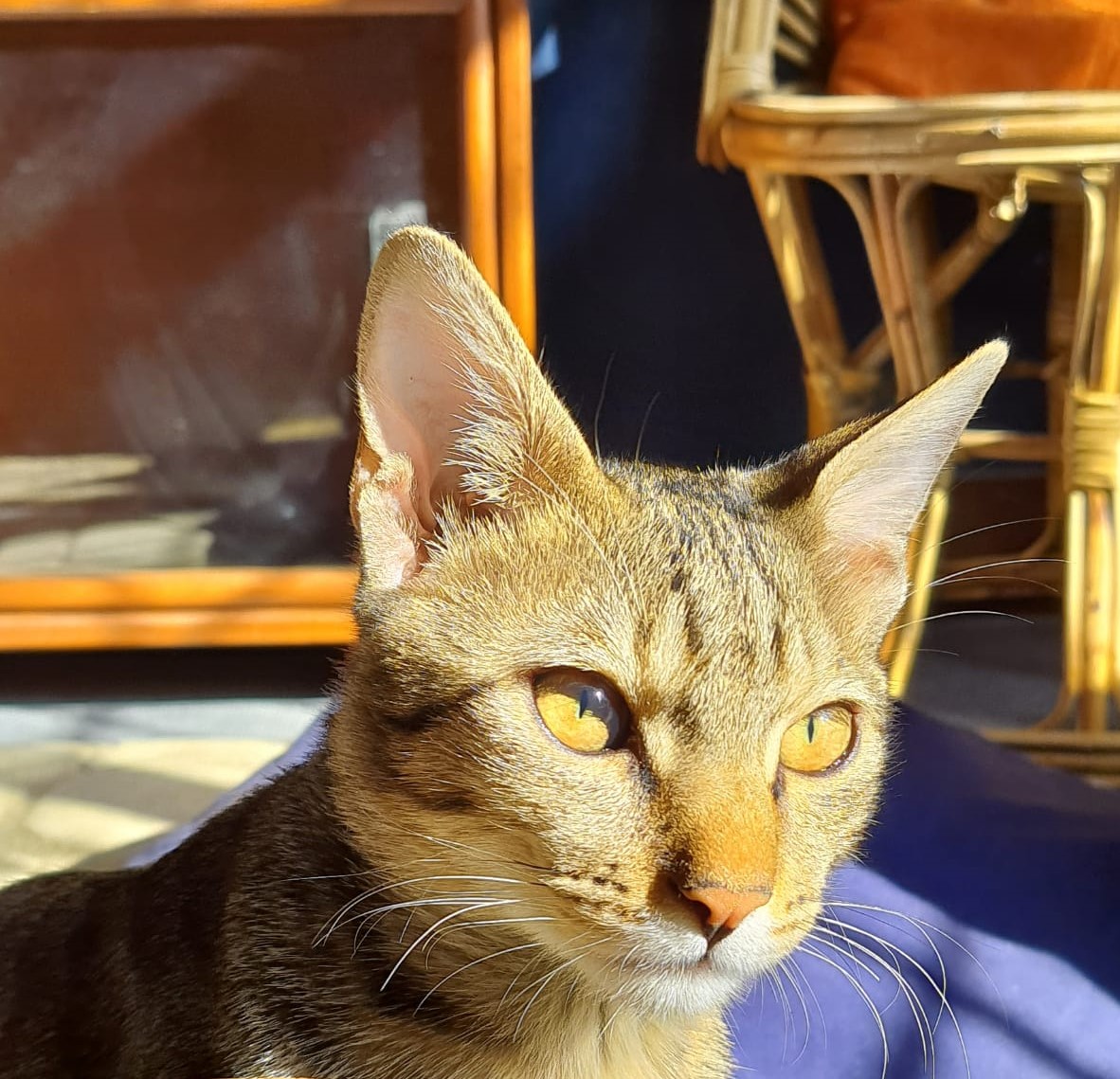 Shristi Sherchan  Raised in Singapore, Shristi Sherchan is a student who also works as a Social Media Intern for The Record. Her side hustle is owning a small business and teaching English to young children.

Sooner or later we all face death. Will a sense of meaning help us?

The last thing the Buddha said to his followers was: ‘Decay is inherent in all component things! Work out your salvation with diligence!’