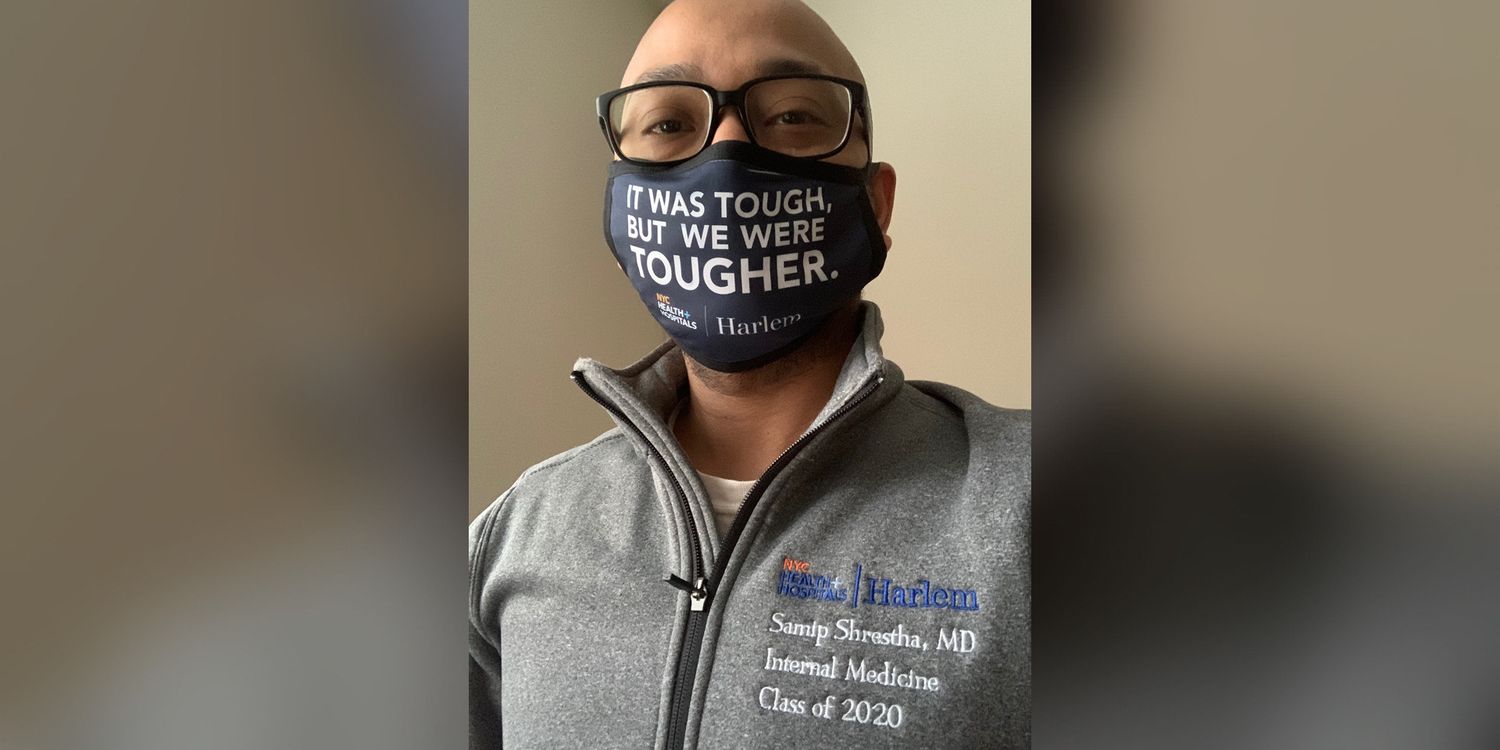 Earlier this month, Dr Samip Shrestha wrapped up the final year of his residency in internal medicine at the Harlem Hospital Center in New York City, USA. Before this, he spent two grueling months from mid-March to mid-May as an ICU resident, tending to severely ill Covid-19 patients. During those months, New York was the epicenter of the coronavirus pandemic in the US and globally. As of now, the first wave has subsided in New York, although it rages on in other parts of the US. Shrestha spoke to Ayushma Regmi, sharing his experience of working on the frontline of the Covid crisis and reflecting on his prior experience of working in hospitals in India and Nepal.

What was the general mood in the hospital during the peak of the pandemic?

I’ve been in the medical field for over ten years, but I’ve never seen this intensity of suffering. In India and Nepal, hospitals are busy and you do see a lot of suffering. But here, especially towards the end of March, there were so many people getting sick and coming to the emergency department. It wasn’t just a few patients, but 50 at once. They would come in, not being able to breathe, and just crash. Ten minutes in, they would have to be intubated. These were people who were severely distressed. We weren’t even able to admit other patients with a few symptoms whom we would have admitted otherwise. There were just too many of them and we had to prioritise. I could see that most patients were very anxious. They knew what they had and this was making them more stressed. We had a few trial drugs and we were using them all.

What was your state of mind like while at work?

At first, we were in a state of chaos. Luckily, we never had the issue of PPE shortage. But initially, there was a lot of confusion regarding guidelines. One day, they would say, if the patient is intubated, a normal surgical mask is okay. But the next day, they would change everything. So we always had a fear. We kept telling ourselves to behave as if everybody we encountered had Covid-19 unless it was proven otherwise. We used our protective gear all the time. We couldn’t do anything else. 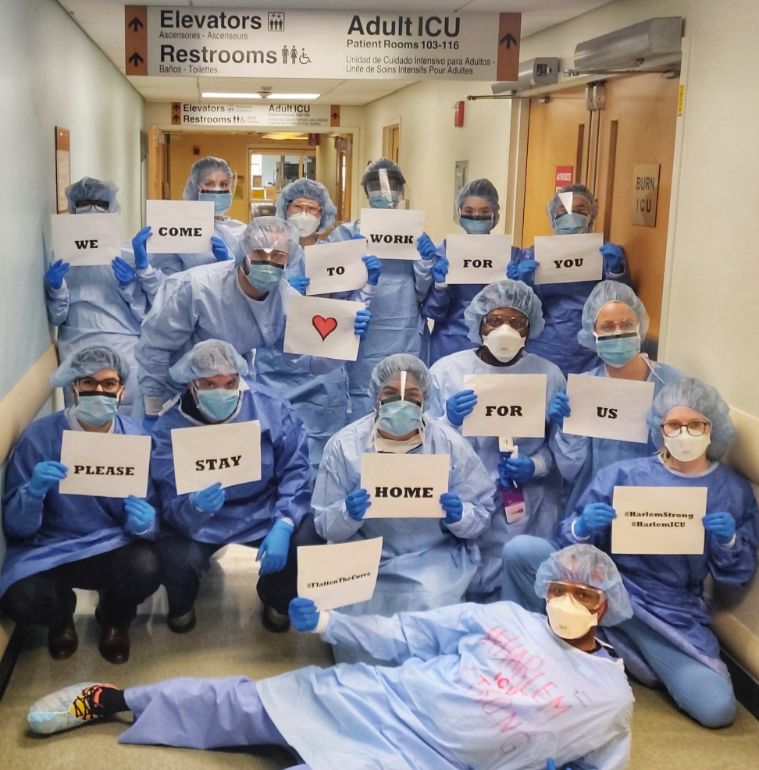 Eventually, I started going to work with the mindset that this is my work, and slowly got used to the change. After all, you see all your coworkers; everyone — nurses, therapists, cleaners — everyone is working. My residency programme alone was pretty big — with 75 residents. And as we worked together, we did face our fears. But there’d always be someone else to talk to. Being able to talk and share really helped bring the anxiety level down for us all.

What was the most difficult part?

Dealing with older patients. We had to ask them more questions. And in case something happened to them, in case they stopped breathing, what would they like us to do — would they want to get intubated? Those are the kind of questions you have to ask. Many of these elderlies were people with comorbidities. Imagine you are a 70-year-old and you have diabetes which is under control. You are living a healthy life, even with this illness, but you get Covid and your diabetes suddenly worsens. When people are sick from before, at least they know their condition, so the deterioration wouldn’t come as a shock. But these were people who were doing so well otherwise. All of a sudden, you contract this virus and it spirals down.

What was it like coping with the death of patients?

Being in this profession means that you have obviously seen people die. But then this was totally different. Patients would die, but when you’re working in rotation, maybe you would encounter one death in a week or every two weeks. We would know that a patient isn’t doing well and it would take a few days to realise they wouldn’t make it. During the pandemic, it has been totally different. Out of say 10 or 15 patients, in the beginning, five of them were dying. And it was all so sudden.

Even if it was hard, because it was so overwhelming — seeing so many patients going down — at first I didn’t have the time to process it. I am generally carefree, but this was the first time I was genuinely overwhelmed by what I saw. People were crashing in front of me — and I couldn’t do anything. You can help only up to a point. After that, if they recover, then they do, otherwise they don’t. You just have to accept that.

Based on your experience in NY, do you have any thoughts to share about what may happen if the virus spreads rapidly in urban centres around Nepal?

Initially, as I was experiencing things here, I thought about Nepal. At that time, Nepal was already in lockdown. And I felt like that’s the best thing Nepal can do, because our healthcare system is not as strong as in the US. Even in the US, we were stretched beyond our capacity. In New York, ventilators were being imported from outside the state. All beds were full. All hospitals were full. In our hospital, there wasn’t a single patient without Covid-19. All our normal patients had to be sent away because of fears of cross-contamination. All departments — paediatrics rooms, psychiatric wards —  were being used for Covid-19 patients. There were makeshift spaces everywhere. Hospitals were constantly improvising.

In Nepal, if the numbers continue increasing, it’s going to be really hard. Right now, given the trajectory of deaths, it seems like the majority of cases have been less severe, where patients have not required ICU admissions. But as the virus spreads, more people may get seriously ill and need ventilators. Given how few ventilators we have in the entire country, it will be very difficult for the Nepali healthcare system to control this. Most of these ventilators are concentrated in big cities. When you go to rural areas, there’s nothing. Other than giving oxygen, we might not be able to do anything else.

Did you get tested on a regular basis?

Yes. I don't have antibodies, so I guess the PPE worked. (laughs)

So you're a success story. You are proof that taking precaution and using protective gear works.

Yeah, and not just me. A lot of my friends have been in the same hospital with me for over two months. As ICU residents, we’ve done so many procedures. If you take the proper precautions, then obviously it works. That's why PPEs are really important. You should at least have gloves and N95 masks. Eye protection is also very important. It has been working for us. At least now we can say that that's what saved us.

Ayushma Regmi  Ayushma works at the intersection of gender, education, ecology and the arts.