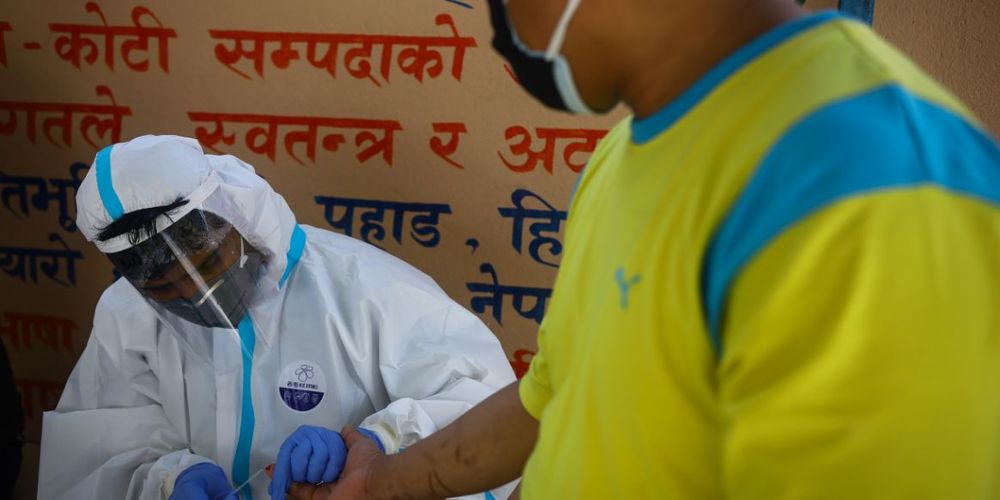 The government has decided to form tracking and tracing task forces in municipalities across the country in order to identify possible cases of Covid19. Each task force will comprise a health officer, a lab technician and a paramedic or nurse, according to Bikash Devkota, spokesperson of the Ministry of Health and Population. Devkota also said that there will be up to six task forces in each local body depending on the size of the population.

The number of Covid19 cases has reached 49 on Friday, with a 62-year-old man from Jhapa being the latest to test positive.

300,000 Nepali migrants could lose their jobs

More than 300,000 Nepali migrants working in various work destinations could lose their jobs, according to a figure estimated by the Ministry of Foreign Affairs and the Ministry of Labour, Employment and Social Security on Friday. The figure does not include hundreds of thousands of people who cross the porous border to work as seasonal workers in India.

The Covid19 pandemic and prolonged lockdown have severely affected countries like Malaysia and Gulf nations which host approximately 2 million Nepali migrant workers. Several companies have already started mass layoffs, while many others are delaying payments. According to media reports, thousands of workers are already stranded without jobs. Officials expect that the situation could worsen as the Gulf sees further economic turmoil due to the fall in oil prices.

In recent weeks, PM KP Oli has been calling high level officials from labour receiving states and inquiring about the status of Nepalis working there. The government is also calling on the Non-Resident Nepali Association (NRNA) to support Nepalis stranded in various countries across the globe.

All taking refuge in Kathmandu mosque to be tested

The health ministry has started testing all people taking refuge at mosques in Kathmandu. According to Mahendra Prasad Shrestha, chief of the Department of Health, at least 78 people taking shelter in mosques have been tested for Covid19 since Thursday.

Muslim leaders have urged all Nepali Muslim missionaries with recent travel history to get tested for Covid19. Mosques and madrassas have come under the government’s radar after 13 people taking refuge at a mosque in Udayapur and two men at a Birgunj mosque tested positive for Covid19 in the last two weeks. Additionally, all 11 people who tested positive in Udayapur on Tuesday appear to have come in contact with the 13 Covid19 patients from the Udayapur mosque.

The government has brought additional medical supplies from Singapore to meet the growing demand for Covid19 kits and other items. According to MoHP, the goods were carried by a Shree Airlines chartered plane free of cost on Friday. The ministry and the Nepal Army are planning to buy more test kits and medical supplies next week.

Health centres across the country have been reporting shortages of Covid19 kits and medical devices including PPEs due to delays in the procurement process.

Bowing to immense public pressure on Friday, president Bidya Devi Bhandari scrapped both ordinances concerning the amendment of the Constitutional Council Act and the Political Party Act as per the recommendation of the Council of Ministers. The move comes four days after she hastily enacted the controversial legislation and has since faced protests from opposition parties, civil society and the media alike. In a statement, the President’s Office said that Bhandari scrapped the ordinances as per article 114 of the constitution.

The legislation pushed through the cabinet on Monday had not only made it easier to form or split parties, but also enabled the prime minister to alter the composition of the constitutional council.

While welcoming the government’s decision to repeal the two controversial ordinances on Friday, Nepali Congress, the main opposition in the federal parliament and six of the seven provinces, urged the government to take action against those involved in the alleged kidnapping of Rashtriya Samajwadi Party lawmaker on Wednesday. In a statement, NC spokesperson Bishwa Prakash Sharma said that there needed to be a detailed investigation into allegations of kidnapping and the alleged role of the ruling party in splitting the Samajwadi party.

RSP leaders have charged NCP leaders including Mahesh Basnet and former IGP Sarbendra Khanal of abducting Dr Surendra Yadav, a leader of the now defunct Samajwadi Party, in order to split the party before the merger. They claim that PM Oli was behind the abduction as he wanted to split the party. The alleged incident took place just as the Samajwadi party was hastily signing a merger deal with the Rastriya Janata Party Nepal to form the Janata Samajwadi Party on Thursday night.