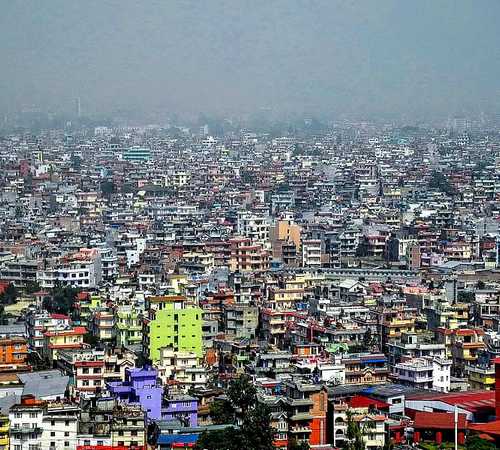 Until a few months ago, it was hard to rent a room or a flat in Kathmandu. It was even harder to find decent accomodation in an accessible location with running water, electricity, and, most importantly, a good landlord. Frustrated young tenants would often joke about how it was easier to find a life partner than good accommodation in the capital.

This, however, is no longer the case.

Since the onset of the Covid-19 pandemic in March, landlords in Kathmandu have been struggling to retain tenants amid what has become an exodus of migrants from the city looking to escape joblessness and hunger. Over an estimated 500,000 seasonal migrants — mainly daily-wage labourers who were temporarily residing in Kathmandu Valley — are believed to have returned to their villages due to the economic meltdown caused by the coronavirus. With the introduction of online classes, a significant number of outstation students have also left the city, vacating the rooms they had previously occupied.

The gradual increase in the number of people terminating their leases has started to cause panic among Kathmandu’s landlords. Dinesh, a landlord in Tinkune who didn’t want to disclose his full name, has been searching unsuccessfully for new tenants to fill four of the eight rentable rooms in his house. A migrant family which had used to rent two rooms moved out last month in search of cheaper accommodation, and he hasn't heard from his other tenant, a daily-wage earner, since he left for his village in March.

“Earlier, somebody would show up in a day or two once a room became vacant. But nobody has shown up so far. It will obviously be hard to manage if things remain this way for a few more months,” said Dinesh.

Like him, many landlords in Kathmandu are dependent on room rent for their living. The situation is even more stressful for those with bank loans to pay.

Online websites like hamrobazar.com, gharbeti.com, and rentalnepal.com have started seeing a significant rise in the number of landlords registering their rooms and flats in the hope of finding tenants.

Ishwor Prasad Kharel, president of the Real Estate Agents’ Association Nepal, said that while it is hard to ascertain the exact number due to lack of data, there has been a significant rise in the number of people leaving expensive flats and rooms for cheaper ones.

“Those who used to live in rented houses are shifting to flats,” said Kharel. “Many others have permanently left the valley.”

Agents say that many tenants are using the opportunity to find cheaper rooms with better facilities, while some others are using it to escape bothersome landlords. While there has been little research on this issue, it is believed that there is widespread conflict between tenants and landlords in Kathmandu Valley. Housing-related grievances make up almost one-fourth of complaints at Hello Sarkar, a hotline formed during Baburam Bhattarai’s tenure to address public grievances.

Besides residential areas, real-estate intended for business is also suffering from low occupancy. The ‘for rent’ sign is now a far too common sight on otherwise bustling streets of Thamel, Baneshwor, Kalanki, and Koteshwor. Real-estate agents said that small- and medium-sized businesses, mainly the ones affected by the economic meltdown such as the tourism and service industries, are also moving out or closing down altogether.

In March, the Oli government had announced that it would introduce a stimulus package for businesses affected by the Covid-19 lockdown — something several other countries, including India, the US and countries in the EU, have been doing to revive their economies. But the plan is yet to be implemented.

The prolonged delays in providing succour and other necessary support to businesses have forced many business owners to even commit suicide, according to media reports. Similarly, several hostels, restaurants, and apartment hotels have also shut down due to dwindling business.

“There is hardly any business,” said Rupa Timilsena, who runs Rental Nepal, an agency offering apartments to tourists.

Some landlords have also deliberately been keeping their rooms vacant or asking their tenants to shut down business as a precaution against the coronavirus.

“I shut down my business when my landlord told me to do so. I didn’t mind doing so since business was already low and the risk of transmission high,” said Sundar Tamang, who used to run a tea shop in Subidhanagar. Lama added that his landlord has not asked for rent since the first Covid-19 lockdown took effect. Considering the devastating impact of the lockdown, some landlords are giving full or partial discounts to their tenants, while many others have stopped knocking on tenants’ doors at the end of each month. The government has not carried out any studies, but estimates suggest that millions of workers, mainly from tourism, hospitality, education, and service-oriented industries, have lost their jobs. Few others have been facing pay cuts.

Despite the availability of rooms, tenants engaged in professions within the health sector and journalism are still finding it hard to rent rooms. In recent months, the media has reported hundreds of stories on frontline workers such as nurses who were evicted, denied entry into their own rooms, or forced to undergo Covid-19 tests. The fear and stigma associated with Covid-19 have grown as cases have continued to rise.

“We have repeatedly faced problems in helping frontline workers like nurses, doctors, and  journalists find apartments and rooms,” said Kharel.