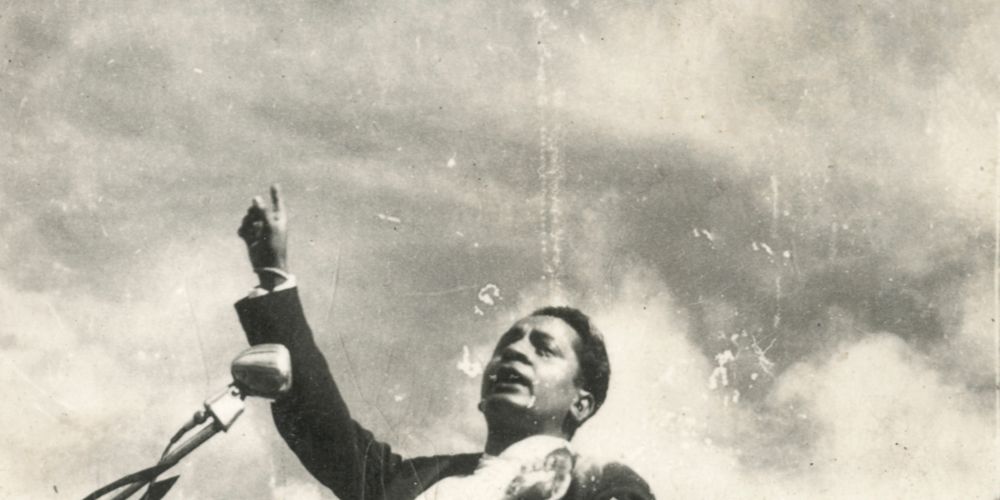 In a recent book, Indian-American academic Sanjoy Chakravorty argued that the Hindu caste system was “developed during British colonial rule.’ His contention is based on the British elevating select Brahmanical texts like the Manusmriti to canonical status; that Hinduism was, in fact, “Brahminism”, which “existed largely in textual (but not real) form and enunciated the interests of a small, Sanskrit-educated social group”; and that the four-fold categorization of the Hindu caste structure was “derived” from the same Brahmanical texts. The British in turn fit all existing Hindu population groups under the four categories in their censuses.

Historian Ananya Chakravarti, first in a Twitter thread that went viral, then in a subsequent essay, broke down why the absurd idea that the British “invented” the caste system carries vogue in post-colonial academia. “This thesis allows upper-caste intellectuals to maintain privilege in both India and the US… By then foisting the blame on colonialism, we absolve ourselves of complicity in caste, even as we continue to benefit from caste oppression in India,” she wrote.

That caste is a fundamental part of being “Hindu” is widely known. But to ascribe Hinduism’s divisiveness to colonialism is an attempt to divert the debate around the religion’s inequities to a more convenient antagonist. Rather, caste has been an inherent part of the religion since the Gupta period, which is also considered as an age of a Brahmanical pushback against previous Buddhist dynasts. “In the post-Gupta period the caste system came to be considered as divinely ordained, integral to the cosmic order itself, and therefore immutable,” wrote Indian historian Abraham Eraly, who called it “the most successful and enduring brainwashing of a whole people ever carried out in any society in world history.”

At the same time, Chakravorty’s supposition that the British invented caste is also indicative of a short-sightedness in subcontinental academia which ignores histories beyond the immediate sphere of research and restricts itself to modern political borders despite common civilizational roots across nations. For, even a cursory reading into legal and historical traditions outside modern India’s borders could have told Chakravorty caste existed widely, and equally divisively, in non-colonial societies like Nepal. In fact, if anything, Nepal distilled the Hindu obsession with caste and sanctioned it through the state in an attempt to retain the “purity” of the “asal Hindu-sthan” Prithvi Narayan Shah desired. It was here that the caste system and its inequalities reached its apex: by instituting discrimination within the nature of the state, Nepal made most of its citizens less equal than others.

“The lowest caste is that of Chyamkhalak, since (its members) take food left over by all other castes, from Upadhyaya to Pode,” begins the 1854 Muluki Ain law on untouchability, which then goes on to define the various ritualistic food pollutions that are at the crux of caste hierarchies in Nepal. Examples include: “Sarkis and Kamis do not take water touched by each other. However. they take other fried or roasted food touched by each other. Customarily, they have not been taking cooked rice or water touched by Kadaras, who are born of the union of Sarkis and Kamis. The castes of Sarki and Kami are therefore higher than that of Kadara.” The Ain was rooted in a deep-seated upper caste Hindu obsession with ritual purity and cleanliness, hence its categorization of castes and ethnic groups under ‘pani chalne and ‘nachalne’ groupings — castes that one could accept water from, and could not—which exemplifies caste hierarchies even in the modern day, with Dalits being beaten up for touching a water tap.

The Ain was itself built upon existing social stratifications, including formal codes such as the Malla king Jayasthiti Malla’s 14th century occupational categorization of Nepal valley residents by caste. The 1854 Ain’s obsession with caste purity can be determined by the fact that over a third of it involves itself with sexual relations, both inter-caste and intra-caste. As Prayag Raj Sharma has written in the introduction to ‘The Caste Hierarchy and the State in Nepal’, “the concept of social order and harmony was an integral part to the ideology of a Hindu state, which translated into a scheme of a hierarchy of castes on the ground.”

The magnificent bilingual photo-book ‘Dalit: A Quest for Dignity’ (ed. Diwas Raja KC), (reviewed previously by Abha Lal on its merits as visual documentation) builds on this history of state-sanctioned social inequalities. It is a declaration of intent, emphasising how dignity has been “central to the project of Dalit emancipation” in Nepal, thus making the struggle against caste divisions not just one of “redistribution and opportunity” but also of “social worth and agency”. It identifies the key elements of the post-1950 history of Dalit struggle in Nepal, and uses archival photographs to go beyond platitudes of emancipation and equality as employed by histories of most Nepali political movements. At the same time, the visual representation allows the reader to “identify specific crises in the Nepali Dalit experience”, and to constantly “look beyond the frames”.

For example, the text identifies, correctly, how debt and servitude allow the landed upper castes to perpetuate the inequalities. “Landless and moneyless, poor Dalits in many parts of Nepal are obliged to solicit small loans from the landowners to find food and shelter, for which they have only their labor to pledge as repayment… The morality of debt is fundamental to how exploitative humiliating institutions of caste have continued for so long.” The text also identifies the spatial distinctions caste boundaries create; in the upper caste’s quest for ritual purity, lower caste households usually live downstream the water source, or beyond the existing boundaries of a settlement. “The avoidance of physical contact with Dalits is explained as the avoidance of filth.”

More importantly, “upper-caste Hindus learn to recognize caste stigma through occupational categories”, i.e., certain “impure jobs’” such as that of collecting the hides of dead cattle, or ironsmithing. Thus, the struggle of Dalits is, at the same time, a struggle for the dignity of labour – an idea that holds little value even in contemporary Nepali society. At the same time, the concept is “meaningless in conditions where individuals cannot freely choose their occupations and life trajectories.”

The most haunting images in the text come from Ajit Mijar’s phone — a series of selfies of a young boy like any other, except for the fact that Mijar was found dead after eloping with his Brahmin girlfriend. There is the nonchalance of youth, the use of photo filters, and the red cap that says ‘Dope’ all over —Mijar could have been any of us. And yet, in the 21st century, as in the 19th, “caste takes effect by regulating what kinds of gender and sexual relations are possible and permissible… The violent disciplining of Dalit men over who they can love and desire is also the same device that causes Dalit women to be seen as those who can be easily possessed and subjected to sexual violation.”

The book’s strongest feature is how it locates the Dalit political movement after 1950, beginning with the temple entry movements. Pashupati was the most significant, but it only opened its gates to so-called untouchables after three weeks of protests and the arrests of 750 Dalits. The fierce portrait of activists Lal Kumari Bishwakarma and Padam Sundas, who led a temple entry rally to a Bhojpur temple after the 1963 Muluki Ain abolished (but did not criminalize) untouchability reminds us the upper castes will not yield easily. “...[F]rom the very next day the local upper-castes responded to this daring by Dalits by being more stringent about untouchability…” But then comes the numbing story of Hira Parki, who, when activists dragged him inside a Doti temple outside which he had been playing the drum for 64 years, “screamed fearing death and passed out.”

The images of the assault on temple activists in Chitwan, or B.R. Ambedkar in Kathmandu in 1956, or a fiery portrait of activist T.R. Bishwakarma giving a speech in 1963 remind us of a historical movement that has long been ignored, or subsumed within larger political movements such as the Maoist one. The book also features facsimile reproductions of notes by activists, some of which raise questions that poke holes in the supposedly secular fabric of the religion. For example, in 1991, Dalit writer Jawahar Roka wrote to activist Padam Sundas (who’s currently the Nepali ambassador to Bahrain) about Dalits’ support to the criminalization of untouchability through an amendment of the 1963 Muluki Ain. But he goes on to write, “But Hinduism is not our religion. Why should we adopt something which insults us?... We will not go to Hindu temples, and we will have nothing to do with Hindu rituals. (translation mine)”

Roka’s powerful assertion, that Dalits reject a practice which does not include them, emphasises the ‘non-Hinduness’ of the Dalit movement. But at the same time, it is a comment on the Brahmanical hold over the religion, which has, over the years, proven to be both malleable (when it needs to – such as to elevate kings to a higher pedigree) and extremely rigid. “You must not forget that if you wish to bring about a breach in the system, then you have got to apply the dynamite to the Vedas and the Shastras, which deny any part to reason; to the Vedas and Shastras, which deny any part to morality,” Ambedkar wrote in his famous ‘Annihilation to Caste’ speech.

The question then emerges: are the varnas central to ‘being Hindu’? Another question emerges: can we profess caste equality while retaining a Hindu system (or state)? Or is inequality built into the very foundations of this belief system?

These questions help us make (non)sense of the initial contention: the laughable idea that the British ‘invented’ the caste system. A more pertinent question is, can Hinduism survive without caste? As the Mahabharata says, a time will come when “Sudras will address Brahmins [rudely] as Bho, while Brahmins will address them as Noble Sir. Brahmins, Kshatriyas, and Vaisyas will disappear...and all men will become of one caste. The whole world will be barbarized.” If such an equal world is a signal of barbarism and the disappearance of Hinduism, perhaps it is quite preferable.