Development and environmental preservation are not antithetical goals 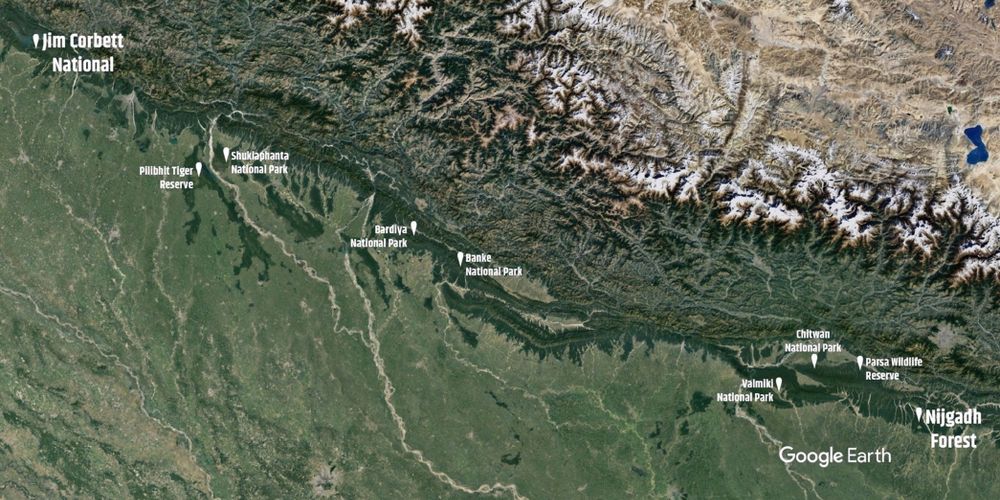 The environmental impact of a colossal infrastructure project like Nijgadh airport is not just about the number of trees that will have to be cut down. Infrastructures normally have two kinds of effects on the environment. First, through the ecological destruction during the construction phase and second, by depositing harmful substances in the ecosystem after operation. Carbon emissions, sound pollution and generation of a huge amount of solid waste and consumption of massive amount of energy means that the operation of airport of that size—and not just the construction—will have a significant impact on the environment and society.

The environment is not only visible trees and greenery.  There are countless invisible substances and processes that provide the necessary ecosystem goods and services for human well-being. For instance, absorption of carbon dioxide, recharge of water sources, protection from disasters and maintenance of soil fertility and climate cycle are not visible and hard to measure, but these services are essential for human existence. Therefore, it is necessary to overcome the illusion that nature perpetually provides those service free of cost.

The common practice of preparing the Environmental Impact Assessment reports in Nepal is ignoring these invisible aspects of ecosystems and taking these services for-granted. As a result, our developmental activities have invited environmental destruction  and pollution which could have been minimized. Such developments have not enhanced our quality of life and wellbeing but eroded them.

Read more: Nijgadh Airport to be Catastrophic for Nepal’s Tiger and Elephant Populations

Rampant destruction from bikas is visible in our cities as well as our villages. Fresh air, clean water, and greenery have become scarce commodities in our cities, while the dozer driven development in villages has invited environmental catastrophes such as landslides, soil erosion and deforestation. Our life support systems are dismantled in the name of bikas. Unfortunately, there is no sign that we have learnt anything from the mistakes that have been made in the name of development.

Changes over the last 40 years

The idea of building Nijgadh Airport as a regional hub had first been proposed about 40 years ago. In this time, aviation technology has made massive progress. For example, four decades ago, a Boeing could fly for a maximum of 12 hours non-stop. Today’s airplanes such as AirBus-350 and Boeing-787 can easily fly for 16-18 hours without stopping. Last autumn, Singapore Airlines set a record of 19 hours non-stop flight from Singapore to Newark and some 20+ hour non-stop flights are underway. This advancement in aviation technology raises a question to the idea of constructing Nijgadh, which is only four to five hours away from popular international transits like Bangkok, Singapore, Dubai and Kuala Lumpur, as a regional hub. Perhaps, the four decade old idea of making Nijgadh a regional airport is obsolete by now.

Nepal’s location as a small country between economic giants—China and India—also makes Nijgadh airport seem like a faulty idea. A report from the World Economic Forum predicted that China will have the biggest aviation market by 2022. China is currently building eight new big airports in strategic locations. Not only is the number of airports in China growing, Chinese airlines such as Air China, China Southern, and China Eastern are expanding at an unprecedented rate. This clearly indicates China will soon emerge as a new international transit hub. Similar progress albeit at a slower pace is taking place in India. Currently, Dubai is a hub for Emirates, Bangkok for Thai Airlines, Hong Kong for Cathy Pacific, Singapore for Singapore Airlines and Doha for Qatar Airlines. On that basis, the proposed Nijgadh should be an obvious hub for Nepal Airlines—the national flag carrier. Making a hub for the incompetent Nepal Airlines, which is an epitome of mismanagement and corruption and is currently unable to find new destinations for recently purchased fleets, seems like a complete waste of resources. Furthermore, the credibility of our international airport is poor and airport security is not even trusted by our nearest neighbor, India. Given the negative reputation of our national flag carrier and the dubious security system of our international airport, making Nijgadh a major hub without rapidly transforming the negative images of our airport and airlines is not possible. The only economic rationale behind building Nijgadh is an expansion of our tourism industry— which is primarily ecotourism.

Preserving the environment— a national obligation

Nepal’s developmental partners and donor communities have been supporting the efforts of environmental conservation for decades, yielding some notable results. On this basis, many may seem to portray protection of the environment as a foreign agenda. But if donor involvement makes something a ‘foreign agenda’ we have to consider the peace process, constitution writing and other infrastructural development projects supported by donors as part of a foreign agenda. We cannot ignore our own long history of conserving the environment based on the traditional ecological knowledge of our own indigenous communities.

This advancement in aviation technology raises a question to the idea of constructing Nijgadh, which is only four to five hours away from popular international transits like Bangkok, Singapore, Dubai and Kuala Lumpur, as a regional hub. Perhaps, the four decade old idea of making Nijgadh a regional airport is obsolete by now.

The mindset of viewing environment as an obstacle to development needs to be changed for a new international airport to be a feasible idea. Preserving environment is an inherent component of sustainable development. We can bring prosperity to the nation only if we prioritize environmental concerns. If Nijgadh is to be constructed, making it eco-friendly and branding it as one of the greenest airports in the world actually enhance profits and attract investors. These days, because of the growing urgency of addressing climate change, people are more sensitive to nature than ever before. At present, there is a race towards making things ‘green’ globally even in the aviation industry. Airplane makers are competing to make fuel-efficient and eco-friendly planes. Previously built airports such as Chiang Mai airport in Singapore are transforming by increasing greenery and reducing carbon footprint. India has recently completed the world’s first solar-powered airport. As a late comer of development, we have opportunities to learn from others. If they can, why can’t we?

Uttam Babu Shrestha  Shrestha is affiliated with the Global Institute for Interdisciplinary Studies, a Nepal based research institute.

Kathmandu air pollution will have long-term impacts not just on public health but also on individual cognition and the national economy.