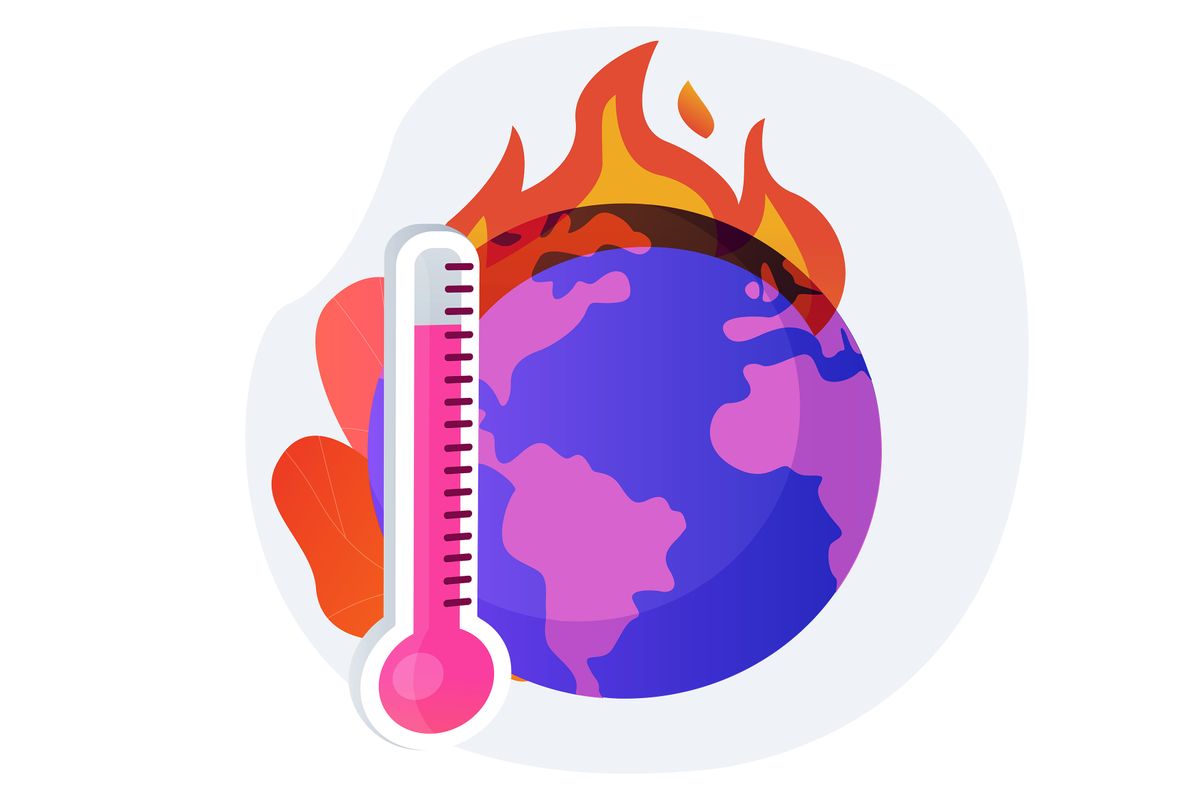 This year, Nepal has suffered through a range of extreme weather events that climate experts attribute to climate change. From the wildfires in January to the flooding of Melamchi in June, these natural disasters, triggered and exacerbated by climate change, have caused untold death and destruction, the likes of which have rarely been seen before. Last week’s extreme unseasonal rains were once again a sobering reminder that climate change is here and its consequences are going to be severe.

“I was surprised to hear about the floods in the eastern part of the country,” said Dr Madan Lal Shrestha, an academician at the Nepal Academy of Science and Technology who holds a doctorate in meteorology. “Climate change cannot be stopped but we need to work to reduce its impact.”

As the world heads towards COP26, to be held in Glasgow on 31st October, there is a pressing need for countries like Nepal to present their cases forcefully on the international stage at the UN’s flagship climate change conference. Nepal is one of the smallest contributors of greenhouse gas emissions but it is ranked 10 on the list of countries most vulnerable to the effects of climate change.

A Nepali delegation, led by PM Sher Bahadur Deuba, will be participating in the COP26 conference with Nepal’s revised nationally determined contribution (NDC) to reduce greenhouse gas emissions. As a signatory to the Paris Agreement, Nepal is required to submit NDCs every five years with each iteration building on the previous. The first NDC was submitted a year after the agreement was signed in 2015 and the second was submitted last year in December, which is when COP26 was supposed to be held before being postponed due to the Covid-19 pandemic.

Nepal’s second NDC has outlined ambitious goals for the country. Nepal aims to expand clean energy generation from approximately 1,400 MW to 15,000 MW by 2030 while also ensuring that 15 percent of the total energy demand is met through clean energy sources. By 2025, electric vehicles will amount to 25 percent of all private vehicle sales and 20 percent of all four-wheeler public passenger vehicle sales, according to the NDC.

“These commitments might seem ambitious but they are not impossible. We can achieve these aims before the set timeline if every organ of the state actively works together,” said Radha Wagle, joint secretary at the Climate Change Management Division of the Ministry of Forests and Environment. “The [federal] ministry alone cannot tackle issues arising out of climate change. With the introduction of the federal system of governance, the local level too needs to work actively to mitigate the impacts of climate change. The local government needs to take a right based approach and utilize their allocated budget.”

Given how ambitious these goals are, climate experts are skeptical that the Nepal government will be able to meet them. Although the NDC aims for electric vehicles to account for 25 percent of all private vehicle sales by 2025, currently, only around 8 percent of vehicle sales are electric, with just three more years to go.

“The past iterations of climate change and environment conferences have developed many revolutionary frameworks. However, the UN or the UNFCCC has no means to enforce them,” said Rahul G. Rajkarnikar, an environmental expert who works at the Indo-German Center for Sustainability.

Because the NDCs are nationally determined, it is incumbent on state governments themselves to enact laws and policies to meet those goals. But in Nepal, governments have often taken the opposite approach. In 2020, then Finance Minister Yubaraj Khatiwada had imposed taxes of between 120 to 140 percent on electric vehicles, depending on their capacity. After a massive outcry, the taxes were rolled back to the preexisting 10 percent. Vehicles that run on fossil fuels are still taxed at around 250 percent.

The conversation in Nepal is more centered around resilience and adaptation. As Rajkarnikar points out, there is a link between the environmental crisis and gendered inequality, caste discrimination, poverty, employment, hunger, access to education, mobility, and availability of clean water. Already marginalized groups are likely to bear the brunt of the climate crisis’s consequences. Nepal needs to find a way to address social inequalities in parallel with environmental mitigation measures, says Rajkarnikar.

But as this year’s disasters have shown, Nepal alone cannot deal with the effects of a global catastrophe that it had very little hand in creating. A switch to clean energy and electric vehicles might reduce Nepal’s already small carbon footprint but that will not mean much when wealthier countries continue to miss their own NDCs or fail to meet global climate financing for developing countries. In 2009, wealthy countries had pledged an annual $100 billion climate fund for developing countries. That goal was not met in 2020 or 2021 and will not be met until 2023. On Monday, October 25, Alok Sharma, president of COP26, released a plan to “restore trust” between developed and developing nations.

At COP26, Nepal, along with other developing, vulnerable countries, will need to exert pressure on developed nations, especially the United Kingdom, which is assuming the presidency for COP26. At the climate conference, the Nepali delegation must be able to speak the truth of our present scenario to the world, said Tanuja Pandey, a climate justice activist and founder of Harin Nepal.

“We need to stop portraying a colorful picture that Nepal’s initiative alone can help reduce global carbon emissions. It is the activities of countries all over the world that affect the impacts of climate change,” said Pandey.

The conference must address the issue of compensation and loss for poorer countries that are on the receiving end of most consequences while being the most ill-equipped to deal with them, she said.

While it may seem like a climate conference and national commitments are futile, individual actions too can contribute to reducing the impacts of climate change.

“At times, it may seem like we as normal citizens have no role to play but it's not true. Every individual through their small choices of how to live their life can reduce greenhouse gas emission,” Nicola Pollit, the British Ambassador to Nepal said when asked whether commitments made by governments across the world were enough to tackle climate change. Pollit was speaking at an event organized to send off Nepal’s delegation to COP26.

As much as individual actions can have an impact, without the initiative of wealthy countries, climate change will only continue to wreak havoc across the poorest of countries.

“Climate change is not only an environmental problem; it's also a political problem,” said 23-year-old Shreya KC, a youth representative to COP26. “In our country, when leadership changes, the policy also changes and not everyone might have concerns for the environment.”

KC is part of Nepal’s youth delegation to COP26 and she believes that youth representation will send a strong message to countries across the globe that the government in Nepal acknowledges the passion, strength and dedication of young people who are likely to be impacted the most by climate change.

“I aim to follow the negotiations on loss and damage with priority since it is high time that poor nations like Nepal get compensated for the damage caused by richer nations,” said KC.