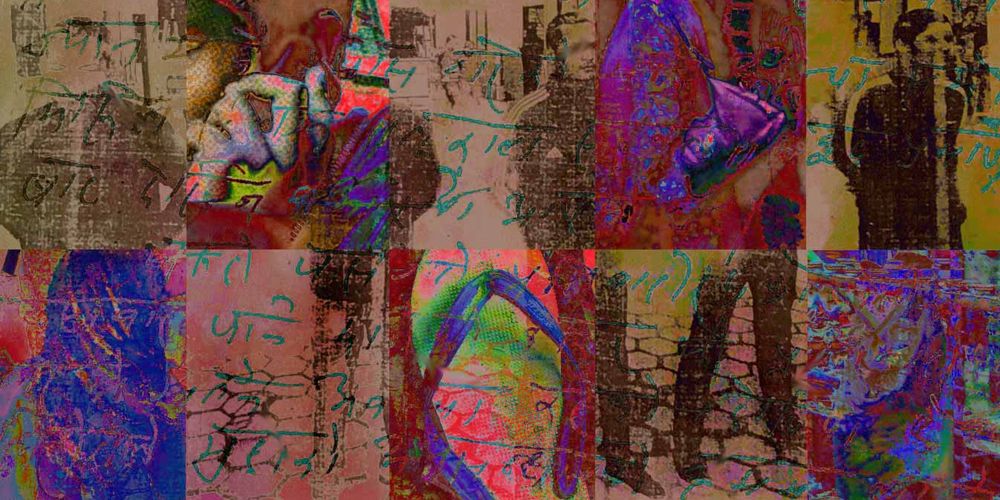 When Krishna Ghale got home, his wife Bidhya hadn’t arrived. His mother was worried. The road from the chowk to their house was quiet after dark, and she often went to get her daughter-in-law. But not that evening. Bidhya had called him just after 6:30, and he’d told her that he was a neighborhood away from Satdobato, but could be late. He had told her to carry on to the house. His mother had called her several times, but there was no response. Something was amiss. He called her a dozen times, but by 7, the phone went dead.

One of Krishna’s relatives called Bidhya’s colleague at the dairy where she worked. No, she hadn’t heard from her either. They went up and down the silent road that went up a hillock, searched for her, called out her name. Perhaps she had an accident and fallen in a ditch, or off the bridge over a small stream near their house, just where the jagged road forked uphill to their house. He found someone with a motorcycle. They went to the chowk, and continued on the main road that went up to the foot of a hill. Maybe she hadn’t gotten off the microbus. Maybe she was kidnapped — she’d taken out 3000 Rupees from the Himalayan Bank ATM that evening, and was wearing some jewellery. They alerted her family.

It was almost midnight. Along the way, they met three policemen on duty manning a roadblock and asked about her. He wanted Krishna to show him a picture of his missing wife, and, having looked it, said:

“Oh, she’s pretty, maybe she ran off with with someone. Come to our office tomorrow at 10 to report her missing.”

They went up to the parking lot near the Godavari gardens, the last stop on the route at the foot of the woods. It was empty. They returned home and tried to sleep.

The police report from the crime scene the next morning, November 19, 2017:

In a ditch 2 feet deep, 3 feet wide…lying sideways, with her unconscious bent body with a red shirt on the top and her lower half naked, the body of the 21 year old Bidhya Ghale (name changed) was immediately sent to Patan Hospital. She had injuries on the head and other parts of the body.

At 10am, Bidhya was evaluated by the Department of Forensic Medicine at the Patan hospital. The report of the hospital lists the injuries to her mangled body, including a laceration exposing her skull bone, contusions and abrasions over both of her breasts and thighs. A CT scan of her head reveals fracture of right temporal bone. The damage was severe, and the hospital referred her to Teaching Hospital in Maharajgunj where she was admitted to the intensive care unit. She was still unconscious due to, the examining doctor’s report stated, a severe head injury with a blunt object. Several vaginal swabs were sent to laboratories to test for presence of sperm.

On the same day, Bidhya’s sister registered a request to the police to open an investigation without naming any suspects, and the Metropolitan Police appointed Police Inspector Sundar Chaulagain to investigate the case. On November 26, eight days after the night of the crime, she filed an additional request, naming three people — Rohit Karki, Bishal Dhoj Karki, and Raghu Silwal — as the perpetrators, because Bidhya “frequently took their names [after regaining consciousness] and implied that they were involved in the incident.”  On December 15, Bidhya gave an elaborate account of the crime to the police and named three people —Raghu Silwal, Bishal Dhoj Karki, and Pawan Kunwar — as the perpetrators, leaving open the possibility that there could be more.

“As I crossed the bridge and took to the road [to my house] a man came behind me. He was talking on the phone. I felt like he was following me, and walked faster. Then he ran forward and pushed on the side of the road that looks like a landslide. I fell on the mustard field below. That man was tall, had large eyes, and a shrunk face. Someone hiding in the mustard field called out ‘Raghu, Raghu’, and shut my mouth since I was screaming for help. They had the torch of the mobile phones on. I recognized their faces in its light. Right after they shut my mouth, someone hit me with a rock on my head and I fell unconscious.”

On December 19, Inspector Chaulagain was busy questioning the suspects in the presence of Assistant District Attorney Ramesh Bhattarai. Silwal denied any involvement with the crime. He works in furnishing, and has studied until grade 4. He said he had no idea idea why Bidhya identified him in the lineup. He is Bidhya and Krishna’s neighbor but they never had enmity between them. He was at home with his mother, wife, and son when the crime happened, cooking a kilo of chicken he’d brought from a Naresh Shahi’s chicken shop. He ate dinner at 8 with his family and went to sleep at 10. He did go to see the victim at Patan hospital along with other villagers and returned back to the village with everyone else after she was taken to Teaching Hospital for further treatment. He hadn’t even met Pawan Kunwar and Bishal Dhoj Karki on the night of the crime, although he knows them and chats with them when he sees them, and had no clue if they were involved.

Bishal Dhoj Karki also denied any involvement in the crime. Karki is 20 years old, unmarried, and was as a technician in World Link, and has studied till grade 9. He knows both Raghu and Krishna and talks to them occasionally. He said that he never had any enmity or quarrels with Krishna or the victim. On the day of the crime he was with Pawan Kunwar, his close friend, playing pool in the local pool house from about 7am to 10am, when they went to their houses for lunch. Karki went back play pool at 11am, and played with Kunwar until 2pm, when Kunwar left to go to his house for snacks. Karki played more pool, went to get snacks at Kunti didi’s shop, and went back to the pool house, where he claims to have stayed until 5pm. After that he was at his grocery store. He closed the store, had dinner, and went to Kunwar’s house at about 7pm. They watched TV together in Kunwar’s room until 9pm, when Kunwar went to sleep. Karki finished watching a dance championship on TV and slept with Kunwar at 11pm.

Pawan Kunwar also denied any involvement in the crime. He is 20, unmarried, has studied until grade 12, and has started the process to go abroad for employment. He said there was never any enmity with the victim or her husband. Kunwar’s version of the events on the day the crime happened match that of Karki. He woke up. Played pool. Ate. Played pool again. Ate again. Played pool until 4:30pm, went to his house, and watched TV until Kunwar showed up at 7pm.

Five days later, on December 24, Inspector Chaulagain questioned more people from the village. Naresh Shahi, the chicken shop owner said that Silwal had bought chicken from his shop at 6pm. Rajani Maharjan, who runs the Kunti didi’s snack shop, said neither Karki nor Kunwar had come to her shop on that day. Finally, Kapil Purkoti, who was running the pool house, also said although both were regular pool players, neither Karki nor Kunwar had come to the pool house on the day the crime occurred.

Question: Did you have physical relationship with Bidhya?

Question: Did you have physical relation with Bidhya near the Godavari river?

Question: Did you have physical relation with Bidhya on the night of November 18, 2017?

On January 8, District Attorney Ram Ghimire filed a charge sheet at the Lalitpur District Court against Silwal, Karki, and Kunwar for rape, attempted murder, and theft, and informed the court that charge sheets against four more men under investigations could be filed in the future. It also informed the court that the vaginal swabs had revealed presence of semen, and that DNA test results would be presented to the court when they arrived.

By this time, the accused had hired three lawyers, including former Attorney General Raman Kumar Shrestha. They denied all charges.

On January 10, Chief District Judge Balmukunda Dawadi gave an unusual order for such a serious crime, citing insufficient evidence, to release the accused without bail until the trial concluded [ see the attached judgement]. The judge’s order said since the health test reports cannot establish that there was a rape…and the victim hasn’t been able to say who raped her…. Citing the polygraph test, Judge Dawadi wrote: it wouldn’t be just to keep the defendants in jail just because the victim, during the investigation, implicated them in the incident. Judge Dawadi also ordered to present the finding of DNA and other lab test to the court in the next hearing.

The victim and her husband’s name have been changed.

Shallow fakes, where videos are edited to remove context and present statements in a different light, are just as dangerous as deep fakes.