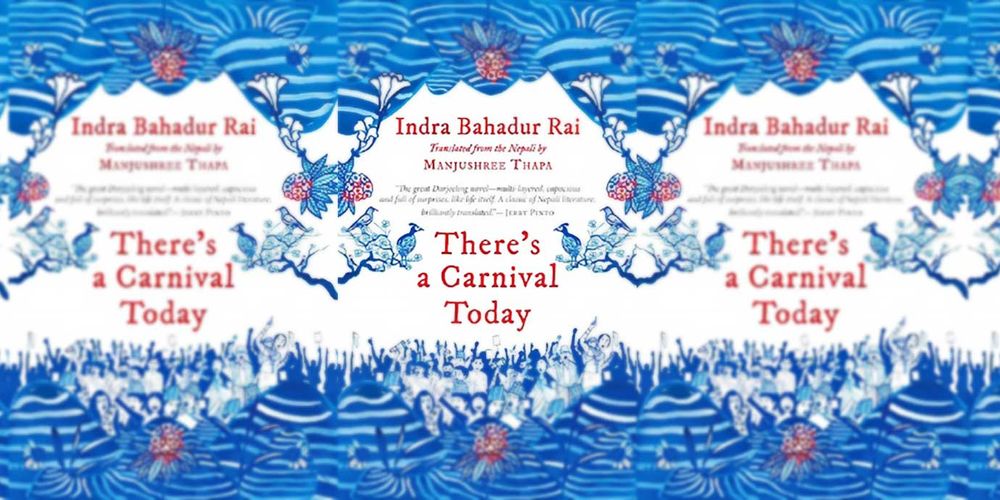 Indra Bahadur Rai’s novel Aaja Ramita Chha offers a sweeping view of 1950s Darjeeling and intimate portraits of a host of characters. In the book’s preface, Rai writes that he has “disarranged” the novel because life, as he knows it, is similarly disarranged. The novel does not have a single center, nor does it move along a single trajectory. The reader enters a kaleidoscopic world in which myriad lives touch and connect and shape each other. The characters are diverse yet powerfully drawn. Even minor figures who come and go awaken our sympathy.

Rai is a subtle observer of small gestures and moments. A young man folds up a love letter he’s composed and shows only the “relevant passage” to his friend; a convalescent man sits with his wife and laughs over memories of his schooldays; a long-forgotten servant visits his master’s family and shares his grief; a woman smiles when her elderly father teases her about her childhood and their love only deepens.

Just as the tiny details reveal the humanity of the characters, everyday scenes seem to capture the soul of the place:

Sita always looked at the statue of the poet Bhanubhakta erected on the expanse of Chowrasta. She lingered, looking at the children of all caste and kind swinging on the metal chains which surrounded the statue. Released from thirty or more years spent bent over an office desk, old men warmed their frail bodies in the sun, talking about sin and dharma, the British and the Congress, and revealing the history and past glory of Darjeeling. Sita would tell Janak all of this at night.

Throughout the book we come across sights that move us despite their ordinariness. Women picking clothes off the rooftops as it starts to rain, wind ripping at the prayer flags outside Pasang-la’s shop, a willow tree dipping its tresses in the water, children helping their mothers plant sticks for sweet-pea creepers. Pared down and essential, these descriptions evoke a palpable sense of place. At times they seem like extensions of people’s thoughts and emotions. Here is Bhudev, a firebrand party activist, watching a flock of birds in flight:

High up in the emptiness of the sky, where there was no obstacle or barrier or impediment, where there was only limitlessness and liberation, the birds suddenly halted in unison, and then, becoming one, flew off at a great speed in another direction–how did they do it?

Formed by history and circumstances, the characters of Aaja Ramita Chha are also individuals who inhabit distinct interior worlds. “A writer must know more about his characters than what he writes; only then can he write convincingly, even when using few words,” Rai says in the preface. This must be why he is able to express their inner tumult with such calm precision. The bewildering mixture of emotions that assail a boy after witnessing his father’s attraction for another woman; the “great void” that a family experiences a few days after the mother’s death; bleak thoughts that run through the mind of a man about to kill himself. Every once in a while we come across an insight that seems simple yet profound:

You’re supposed to sympathize with someone when you see your own flaws in him, yet wittingly or unwittingly, from deep in your heart, you feel an aversion instead.

“There’s no greater novel than reality,” Rai writes in the preface. The novel is set against the background of important historical events. India has become newly independent. A communist movement is brewing in the tea plantations of Darjeeling. People in the region are starting to articulate their need for recognition. While history and politics play their part, the chief subject of Aaja Ramita Chha is life itself. The book is about how people live, love and suffer, how seasons change and health gives way to illness, how unexpectedly death comes. We see how people come together and drift apart, how they weep over their loss and then move on, how everyday joys and sorrows accumulate and form the texture of human lives.

“An author in his book must be like God in the universe, present everywhere and visible nowhere,” Gustave Flaubert wrote. The narrator of Aaja Ramita Chha exudes serenity and detachment. The author’s voice never overtakes the voices of his characters. His humor does not lapse into sarcasm. His sympathy for the underdog contains no visible outrage. His wisdom is never pedantic.

Originally published in 1964, Aaja Ramita Chha has now been translated into English by Manjushree Thapa. It is said that all translation is provisional, imperfect and doomed to failure. In her note, Thapa reflects on the particular challenges and dilemmas she faced while translating the book. Reading There’s a Carnival Today, one can see that she has confronted those barriers with impressive skill and rigor.

Perhaps my only real quibble is with the word ‘carnival’. Thapa explains that she chose to translate ‘ramita’ (a virtually untranslatable word) as ‘carnival’ only because it seemed to better convey the sense of the original. Yet I wonder if the other options – spectacle, show, commotion – might have worked better.

In his 1921 essay “The Task of the Translator,” Walter Benjamin wrote: “It is not the highest praise of a translation, particularly in the age of its origin, to say that it reads as if it had originally been written in that language.” Such a translation hides the otherness of the original work and thus deprives the reader, a view echoed by other well-known thinkers. One of the achievements of Thapa’s translation is that it communicates the foreignness of the original text. Her translation not only captures the beauty and rhythm of Rai’s prose, but also retains, for the most part, what’s odd and idiosyncratic about his style. Precisely for this reason, those without an intimate knowledge of Darjeeling might be left bemused or wondering at times. The characters may seem instantly recognizable in some ways and quite unfamiliar in others. Why does Yamuna, so flighty and melodramatic, go around sporting ‘goggles’ instead of ‘sunglasses’? How is ‘420’ a term of teasing reproach? Reading There’s a Carnival Today, some English-language readers might find themselves in an unaccustomed place, amidst ideas and sensibilities different from their own. They might find that the book has expanded and enriched their world.