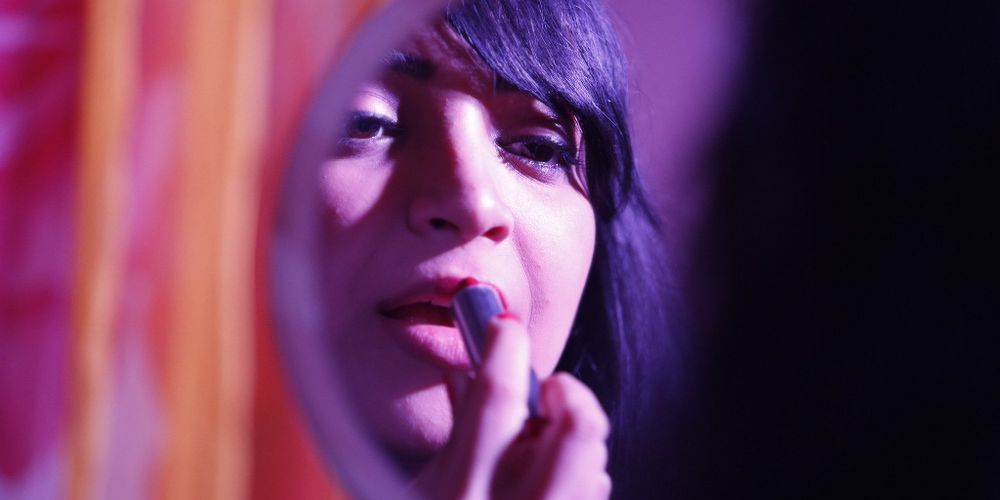 Like any film centered around the lives of women these days, Lipstick Under My Burkha too is being subjected to strenuous examinations regarding whether or not it qualifies as a feminist film. If not dealt with in earnest, it is a remarkably reductive question, one that raises a false dilemma. Because what would the parameters of such an assessment be? Indeed, what does a feminist film look like?

Posed this way, the question belies the irreducible complexities of contemporary feminism itself. Instead of helping us understand how women characters are written into films, or the condition of women actors and directors in the film industry, or the moral anxieties around onscreen sexuality, we are faced with a range of prescriptive criteria that does disservice to both feminist thought and film criticism. It is possible to subject a film to a feminist reading – or rather several feminist readings – as feminist scholarship has been doing for decades, without needing to insist on what the characters should have been like instead or how it should have ended.

Lipstick Under My Burkha is a story of four women who strain against recognizable constraints that South Asian middle-class women face: the pressure to marry, cold and casually abusive husbands, the many pulls of consumer culture, and thwarted efforts at financial independence. It acknowledges the social risks involved in falling afoul of the balancing act that ‘respectable’ women are condemned to perform. The four women live in the same tenement building, and although they minimally interact with each other during the course of the film, are joined together for the double lives each of them lead. Usha Buaji (Ratna Patak Shah), owner of a housing establishment, is middle aged, an avid reader of pulp romance literature – this forms the metanarrative to the film – and lusts after a young swimming instructor. Shireen (Konkana Sen Sharma), mother of three kids and wife to an emotionally unavailable and physically abusive husband, is holding down a secret job as a successful saleswoman. Rehana Bibi (Plabita Borthakur), wears the burkha at home but shoplifts and tailors western clothes and wears them to college. And Leela (Aahna Kumra) is all set up for an arranged marriage, but aspires to setting up a wedding photography business with her boyfriend.

Those who think the movie fails as a feminist statement argue that these women pursue what should be fairly mundane individual desires and ambitions in secrecy – that the battles should have been carried out in the open. Or at any rate, the film should have shown women taking greater risks, defying familial authority, and perhaps choosing love and sexual fulfillment over marriage. The movie ends, instead with the women humiliated, rejected, their dreams unfulfilled and a collective recognition (and resignation?) that the men and women in their lives continue to fail them.

In a culture that does not have enough empowering narratives for women, it seems a disproportionate weight of expectations has been placed upon women directors or films that have woman leads. But a single film need not have to answer for years of historical erasure. It should be okay to depict flawed women, unlikeable women, indeed resigned and scared women (not that we are quite there yet), as also a feminist expression of the material reality it corresponds to. In fact, is it not a relief to depart from the occasional strain of “strong women,” and instead meet relatable women giving expression to daily bitterness and discontent that add up over a lifetime?

In a wonderful scene in the beginning of the movie, when Usha Parmar, (played brilliantly by Shah) has to speak her own name and not simply identify herself as some buaji (aunt), she begins to see herself anew. The moment highlights a remarkable absence in popular visual culture in the region: older women as not only desiring subjects, but also capable of thinking of themselves as existing outside the confines of social roles ascribed to them. Elena Ferrante, in a written speech during the reception of a literary award, discussed a passage by the Italian novelist Elsa Morante, which spoke of the ‘shapelessness’ that accompanies the idea of older women, usually a motherly figure – no one “must think that a mother has a woman’s body”. This “shapelessness is so powerful in conditioning the word ‘mother,’” Ferrante writes, “that sons and daughters, when they think of the body to which the word should refer, cannot give it its proper shapes without revulsion.” Indeed, the revulsion with which the young swimming instructor regards Usha, once he discovers she is the woman he has been having anonymous phone sex with, demonstrates the disruption caused when supposedly domesticated women assert their sexuality.

The movie also deals with the much darker ways in which sexual politics undergirds the lives of women. Shireen is raped and subjected to nonconsensual sex repeatedly by her husband. He appears to think he has inalienable rights over her body, and her own reproductive choices have to be made clandestinely. She cannot prevail on him to use contraceptives and it is indicated that she has secretly had multiple abortions in the past. The fact that scenes in which Shireen is raped were cheered on and laughed at in movie halls should be enough to suggest that we do not exist in some postfeminist utopia. Indeed, marital rape in India is not yet punishable by law. India’s Minister for Women and Child Development Maneka Gandhi and Minister of State for Home Affairs Haribhai Choudhary have both ridiculously argued that marital-rape law is not applicable in the country for reasons such as “poverty,” and that Indians regard marriage as a “sacrament.” That marriage implies sexual consent in perpetuity is a barbaric and dangerous idea and puts women at grave risk without legal redress. Efforts to criminalize marital rape have been met with fierce opposition, often with the argument that it would threaten the institution of marriage.

In the narrative world of the film, it is Leela who poses the greatest threat to the institution of arranged marriage. She is shown to have a sexual appetite, sharp business interests, and no moral compunctions regarding fidelity to her to-be husband. Should the marriage go through, the film suggests, it would be for economic reasons alone, the original basis of that social contract.

The least compelling storyline belongs to Rihanna Bibi, in her effort to get out of the literal and metaphorical burkha in order to fit in with the popular girls. She is confronted with cardboard character mean girls at college, whose animus towards her is random and unclear. The student politics the movie depicts is poorly conceived, centred around protests against the ban on jeans but not connected to structural problems. Once Bibi proves herself worthy, the mean girls grudgingly accept her into their circle. This foundationless friendship is quickly broken when Bibi makes out with with the lover of one of the girls.

This inability to imagine female solidarity or even a more layered friendship is perhaps the greatest lack in the movie. Here, the film falls into the old trappings of a false tradition-modernity binary. Lipsticks, cigarettes and western clothes are predictably equated with freedom or empowerment, and the burkha is supposed to be a symbol of oppression.

The evolution of Bollywood heroines has undergone several shifts in post-liberalization India, and certainly the discourse has traveled some distance from the “body exposure” debates of the 1990s.  In the second decade of the 21st century, “lady-oriented” cinema in Bollywood is no longer uncommon, it even has a certain purchase in the mainstream. India’s film industry appears to be nominally freed from the parade of virginal innocent ladies (appended to the narrative arc of heroes) that dogged its cultural imagination. But the bodies of women continue to be the site across which cultural politics are played out. That women desire, have bodies, and harbor ambitions should, of course, not be a revelation. But because the representation of female sexuality is part of an ongoing and fraught political project, we must admit of our gains a little more generously.

Further, regardless of the actual merits of a movie, censorship debates in India exist in the wider context of national anxieties about what is assumed to be public morality. The Pahlaj Nihalini-led Central Board of Film Certification (CBFC) of India, in its infinite wisdom, refused certification to Lipstick earlier this year. The objections are best articulated in the CBFC’s own words: “The story is lady oriended [sic], their fantasy above life. There are contanious sexual scenes, abusive words, audio pornography and a bit of sensitive touch about one particular section of society, hence film refused...” Deemed too “bold” for its audiences, the movie was finally released in India last month, after 27 cuts and a long drawn out battle led by the producers against the board. To be fair, representations of women and onscreen sexuality have consistently been an arena of fear and loathing for censor boards long before the ardent nation-lover Nihalini was foisted upon the Indian citizenry.

The moral panic around “obscenity” and “vulgarity” regarding representations of women derive from certain laws that were ostensibly meant to protect men and women from “harmful” images. India’s 1986 Indecent Representation of Women (Prohibition) Act was set up as a safeguard against any “depiction in any manner of the figure of the woman, her form or body” that might “corrupt or injure public morality or morals.” This provoked spirited feminist debates around the question of censorship. Of the many faultlines that emerged, a crucial one focused on what kind of subjective assessments needed to be made in order to detect indecency. Why are rape scenes, for example, the staple of so many pre-liberalization movies, not considered morally offensive? Equally, why should the normative representation of a chaste sati savitri wife-daughter-sister be less harmful than the hypersexualized midriff-baring “vamp”?

The most significant contribution Lipstick Under My Burkha makes is that it foregrounds women’s desires and their lives without apology. This may seem passé to some, but every time women sieze the dominant narrative and subvert them, it redraws the boundaries of the cultural mainstream. Every single film ever made and those that will ever be made can be more feminist, more progressive, more risqué. But that is missing the point entirely.

Puja Sen  Puja Sen is a journalist based in Kathmandu.

A voice from the past speaking to the present