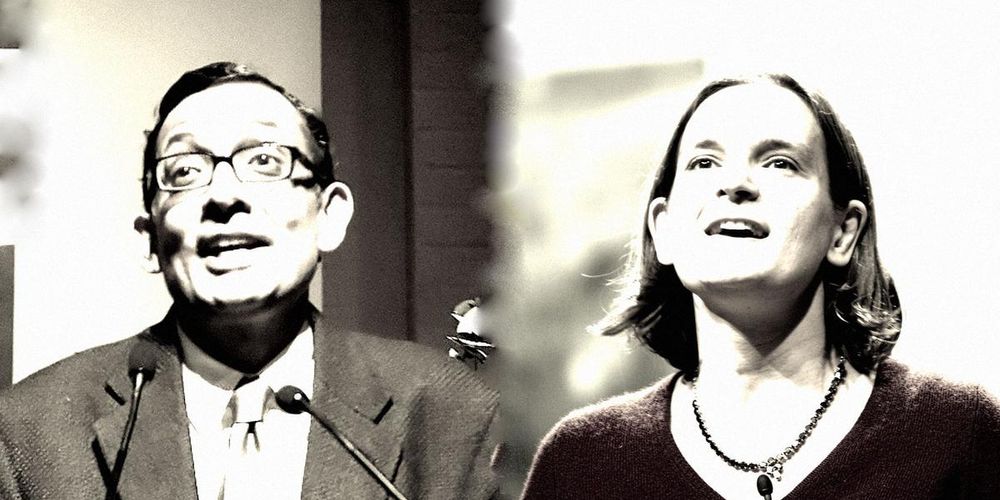 The goal of “Good Economics for Hard Times,” the new book by Abhijit Banerjee and Esther Duflo, two Nobel prize-winning economists and a husband-wife pair, is purportedly modest: “to…reopen a dialogue about the most urgent and divisive topics of our time.” Despite the understatement, the authors’ aim is much more ambitious. It is to restore the public’s trust in economics (and economists) itself. And they do so not from behind the cover of dense academese or by stridently taking on the critics, but by being disarmingly honest (“economists often get things wrong”). Most importantly, they want to argue the case for economics in order to bring “useful expertise no one else has” for “a profound rethinking of economic priorities and the ways in which societies care for their members.”

The duo deserves much credit for making economics more empirical in the last two decades. The commitment to empiricism that earned them the Nobel Prize (“for their experimental approach to alleviating global poverty”) is in full display in the book. The authors digest reams of research – the chapter notes alone run 56 pages – to offer well-informed verdict on the most contentious issues of the day. They follow the evidence where it leads them. On migration: “There is no evidence low-skilled migration to rich countries drives wage and employment down for the natives.” On international trade: The distribution of the gains and the pains of trade are highly unequal, with those not “lucky enough to be in the right place at the right time, with the right skills or the right ideas” losing ground. On economic growth: “Despite the best efforts of generations of economists, the deep mechanisms of persistent economic growth remain elusive.” On welfare: There is no evidence cash assistance to the poor is blown away on alcohol, tobacco or other frivolous spending, or it makes them work less.

Even where evidence is insufficient or inconclusive, the authors do not evade the topic. Where does preference for racial discrimination come from? What will be the impact of automation and artificial intelligence on jobs? How can the eroding legitimacy of states be restored? These questions do not lend themselves to easy analysis, and the consensus is still emerging. Yet, rather than cede the ground to “self-proclaimed economists” who “often feel free to ignore the weight of the evidence,” the authors assemble best evidence to weigh in on the debate.

Banerjee and Duflo strip away extraneous details to get to the heart of the matter, but they do not oversimplify the issues.In doing so, they show respect for their readers’ intelligence. The judgment on Universal Basic Income (UBI) exemplifies the duo’s trust in their readers’ capacity for nuanced reasoning. They are in favor of implementing UBI in developing countries because guaranteed income support can help people take measured risks. But they come out against UBI in developed countries because work in those countries is expected to give meaning, satisfaction, identity, self-worth, and dignity. In rich countries UBI will be but a band-aid for the isolation and social dislocation that evisceration of jobs will likely precipitate.

The leading virtue of the book is its urge to “be guided by an expansive notion of what human beings want and what constitutes the good life” and that we place “the deep human desire for dignity” at the center of social policy. It may surprise many that this needs to be stated at all. Isn’t it obvious that a social science discipline should study human flourishing in the widest sense of the term? But too often, economists assume that people are selfish, calculating, opportunistic “maximizers,” motivated by narrow material gains. Social policies that follow from such a conception of human beings are bound to treat them with disrespect. If we are to reclaim the lost credibility of the discipline, we must shed the degrading assumptions it makes of people and study them in all their contradictions and complexities.

The book is also a rejoinder to critics who say that the approach to development economics pioneered by the authors, with a focus on “smaller, more manageable, questions,” comes at the expense of “big questions.” The book is a reminder that here are first-rate minds at work who can grapple with the “big questions” as well as anyone.

One of the few topics on which I disagreed with the authors is migration. I was not convinced by the argument that most people would not move to another country even if they could. According to the 2017 Gallup World Poll, 15 percent of world’s adults – as many as 750 million people – would move to another country if they had the opportunity. Predictably, high in the list of desired destinations are the developed countries of the “west”: United States (21% of potential migrants), Canada (6%), Germany (6%), France (5%), Australia (5%), and the UK (4%). The pent-up demand for migration to the US is also revealed in the demand for the US permanent residence permits. In 2018, more than 23 million people applied for the Diversity Visa lottery, competing for 50,000 spots. These figures suggest that, if not “hordes waiting for a chance to descend on the shores of the United States,” a sizable crowd is knocking on its door, waiting to be let in.

The authors offer several reasons for why people don’t want to move. The newly-arrived don’t have connections in the destination country, which makes it hard to find a job. People prefer the comfort and security of being close to home. Family ties too make it costly for many to leave. But these deterrents of mobility would disappear if all restrictions on movement are eliminated. Families, clans, and entire tribes can set up home in another place, mitigating the economic and the psychological costs of moving.

Furthermore, people move for reasons other than just economic. They may move in pursuit of better rule of law, more secure property rights, less violence, and freedom from persecution. A Venezuelan will likely take the chance to go to Miami for higher earnings, but more so because it is highly unlikely that the United States will pursue the ruinous economic policies of Maduro. A dalit from Bihar, a Rohingya from Myanmar, a woman from Afghanistan, or a Roma from Hungary may each choose to escape their circumstances for understandable reasons. The peasant from rural Bangladesh debating whether to move to Dhaka until the next planting season is not choosing between one set of institutions over another. His calculations are narrowly economic, and it is a stretch to claim that they generalize to everyone, everywhere. This is not to deny that the current policies governing people’s cross-border movements are severely restrictive and that loosening them would make the world a far richer place. But the argument need not rely on the assertion that most people wouldn’t move even if they had the chance.

It will obviously take more than one book to restore people’s trust in economics. But Banerjee and Duflo are two of the sharpest minds of their generation, and they have already led one revolution in economics. For the sake of the economics profession and society, I hope this book foreshadows to another shift, one with the radical call to study economics – to borrow the phrase – as if people mattered.

This week, The Record staff pick their favorite pieces of advice from the Writing Journeys series.