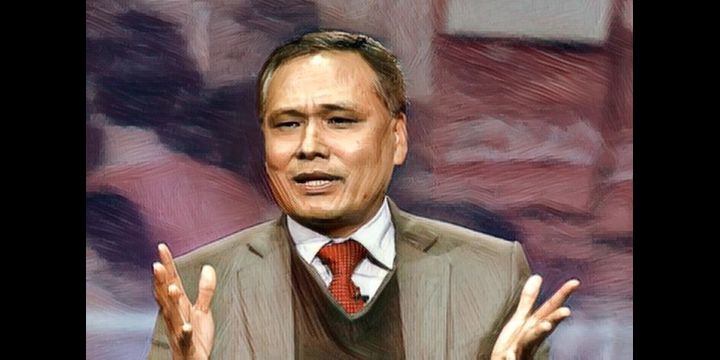 If you happen to ride east out of the capital, past Narayanghat, along the Mahendra Highway, a larger than life size poster of a man will greet you on the left side of the road a few kilometres before you get to Hetauda Bazaar. Over the years, the public-sponsored billboard has stood as a testament to Kulman Ghising’s popularity among Nepalis.

Ghising, who completed his four-year tenure as the chief of Nepal Electricity Authority (NEA) earlier this week, is now at the heart of nationwide anti-government protests, with hundreds of people across the country continuing to take to the streets, demanding his reappointment.

This is probably the first time in recent history that the public are descending on the streets and chanting ‘once more’, clamouring in support of a public servant in a corruption-ridden country where people generally do not think highly of government employees. It’s not hard to guess why.

Ghising’s long list of accomplishments during his tenure as the NEA’s managing director speaks for itself.

His biggest achievement was his success in ending the loadshedding in Kathmandu Valley. Before Ghising came on the scene, Kathmandu used to face up to 18 hours of power cuts--owing to rampant leakage of electricity and because the NEA staff were prioritizing industries over people. One of the first things Ghising did upon taking the helm of the NEA, in 2016, was to stop the leakage and book local businesses, who in collusion with NEA staff, were stealing the electricity meant for households, without paying a penny. The impacts of Ghising’s interventions were visible in weeks: quite suddenly, power outages had become a thing of the past, at least in Kathmandu Valley.

Ghising also resolved the power-cut problems in places like Pokhara and Chitwan, by relentlessly focusing on curbing leakage, weeding out internal corruption at the NEA, and prudently managing the NEA’s resources. To be sure, power cuts still persisted in the rest of the country, but they were not as crippling as they used to be.

Ghising also deserves credit for transforming the ailing, debt-ridden NEA into a profit-making entity. The NEA, which was in the red before Ghising’s arrival, is now among a handful of  semi-government entities  making a profit. In 2018-19, the NEA earned RS 7.20 billion, a staggering increase of 148.27 percent over the year before. With the fundamentals now fixed at the NEA, it is expected to pull in even more profits, especially once power-generation commences at its major hydro projects, including at Chameliya Hydropower Project (15 MW), Upper Trishuli III A Hydropower Project (60 MW), and the Kulekhani Reservoir-based Hydropower Project (14MW).

On Sept 15, speaking at his farewell programme at the NEA, Ghising said that he was able to deliver results due to the admirable teamwork and cooperation among the NEA staff.

“We can gradually end loadshedding if we adopt science-backed management practices and address the smaller problems that affect our distribution of electricity,” said Ghising.

Even before his appointment to the NEA, Ghising was a respectable name in the hydro sector, with an impeccable track record. For instance, he’d turned Chilime Hydropower Company Limited (CHCL) into one of the leading hydropower companies in the country.

Given Ghising’s illustrious record, relatively clean background, and sound knowledge of the hydropower sector, his fans, as well as Nepal’s intelligentsia, were hoping that the Oli government would reappoint him before the expiry of his tenure on September 15. But that hasn’t come to pass.

This slight by the NCP has not only infuriated Ghising’s fans but also those who are unhappy with the appointment of Nepal Communist Party (NCP) leader Bamdev Gautam  to the National Assembly and of Yuwaraj Khatiwada as economic advisor to Prime Minister KP Sharma Oli. 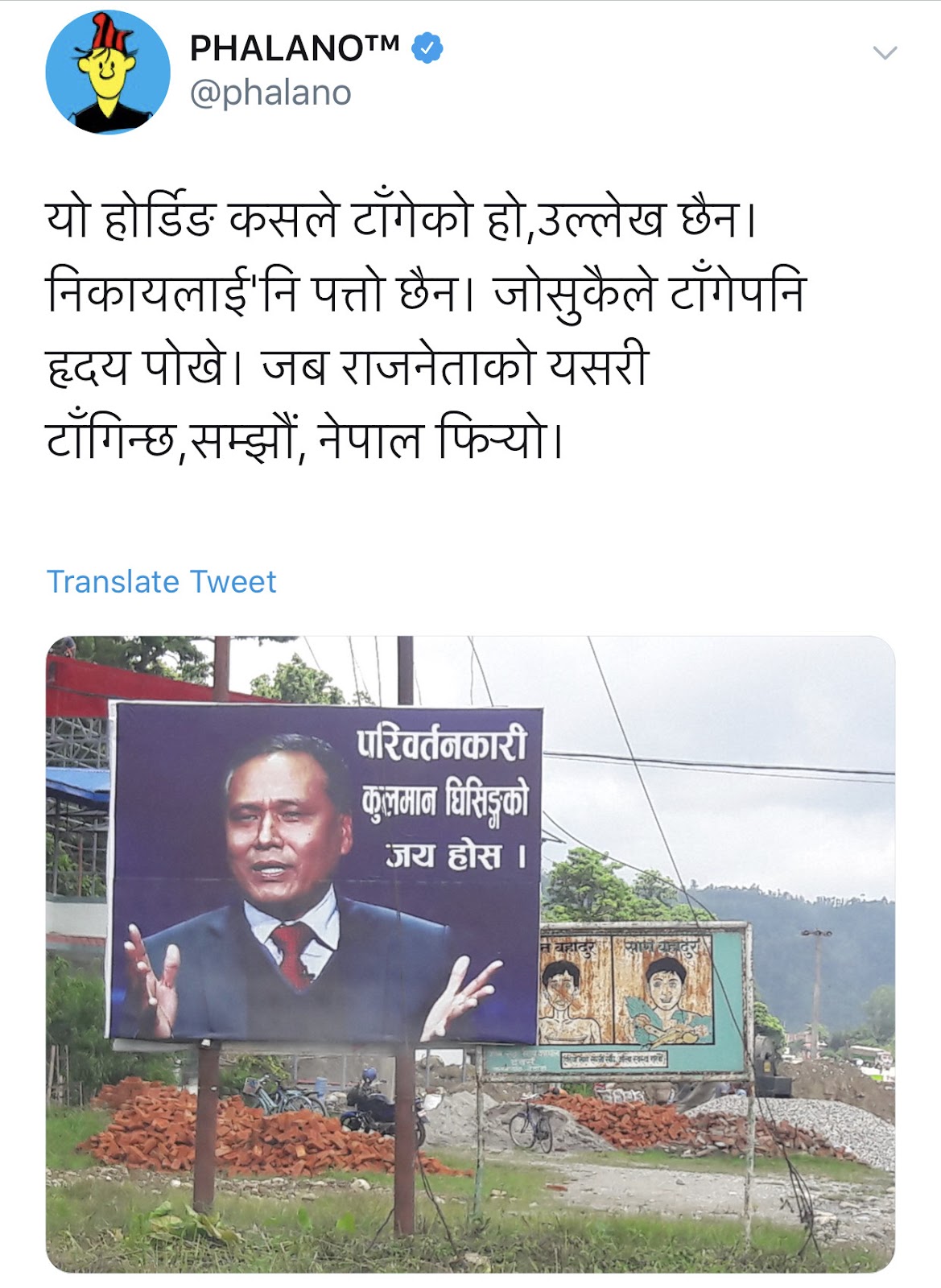 It is unclear why PM Oli has refused to reappoint Ghising--in the face of widespread calls to do so by citizens on social media and beyond. Some think that Oli might have feared that Ghising was eclipsing him, while others have cited the treatment of Ghising as another instance of discrimination against Janajatis. And a few others are of the opinion that the Oli government could be eyeing the NEA’s deep coffers. These fears do seem to have some basis. Oli’s defenders, as well as Ghising’s own former colleagues, have long been accusing the media of hyping Ghising while hiding his failure in completing hydropower projects on time. They also allege--without offering proof--that Ghising has been involved in corruption scams, including in the purchase of LED bulbs from India.

But not everyone in the NCP is happy with Ghising’s leaving. Party insiders say the top leaders in the ruling party are divided over reappointing Ghising. Ghising was picked as NEA chief by the then Energy Minister Janardan Sharma when Pushpa Kamal Dahal was the country’s executive head. Thus, Dahal and senior leader Madhav Kumar Nepal want Ghising’s reappointment. As for incumbent Energy Minister Barshaman Pun, owing to his rivalry with Sharma, he would not like to see Ghising lead the NEA.

Oli, who doesn’t seem to be too interested in reappointing Ghising, has been reportedly sussing out other candidates for the NEA job. The current chief of the Nepal Reconstruction Authority, Sushil Gyewali, is one of his favourite candidates. A section of leaders, including NCP General Secretary Bishnu Poudel, have been lobbying for the appointment of Gyewali as NEA chief, citing his performance in post-quake reconstruction work: except for completing some cultural heritage reconstruction projects, Gyewali will soon be winding up most other outstanding work.

PM Oli, apparently, owes Gyewali a plum position. A few months ago, upon requests from his top party leaders, Gyewali had applied for the post of CEO at the Investment Board of Nepal and was shortlisted for the job. But he declined to show up for the final stage of the selection process because Oli was forced to pick Susheel Bhatta--to appease Bam Dev Gautam and other leaders--especially after the Oli government found itself teetering on the brink. Some say Gyewali skipped the interview after Oli, at the eleventh hour, promised he would offer Gyewali a more lucrative job.

The prime minister, however, has been hesitating to pull the trigger--mostly because of the growing public support for Ghishing’s reappointment.

Whatever the reason for the dilly dallying, Ghising’s fans appear ready to go to any extreme to ensure his reappointment. On Thursday, hundreds of people marched in Kathmandu, chanting slogans against the communist government.

Observers are divided over the implications of such protests. For some, protests for Ghising’s reappointment are proof that honesty and goodness still count in a society that is used to seeing corrupt people worshipped.

Others find it worrying that the country’s state of affairs has become so bleak that Nepalis have to glorify people for just doing what they are paid to do.

The road ahead for Sher Bahadur Deuba

Now that Deuba has obtained the vote of confidence in the House, he will need to move quickly and decisively to control the pandemic and ensure vaccinations for all.