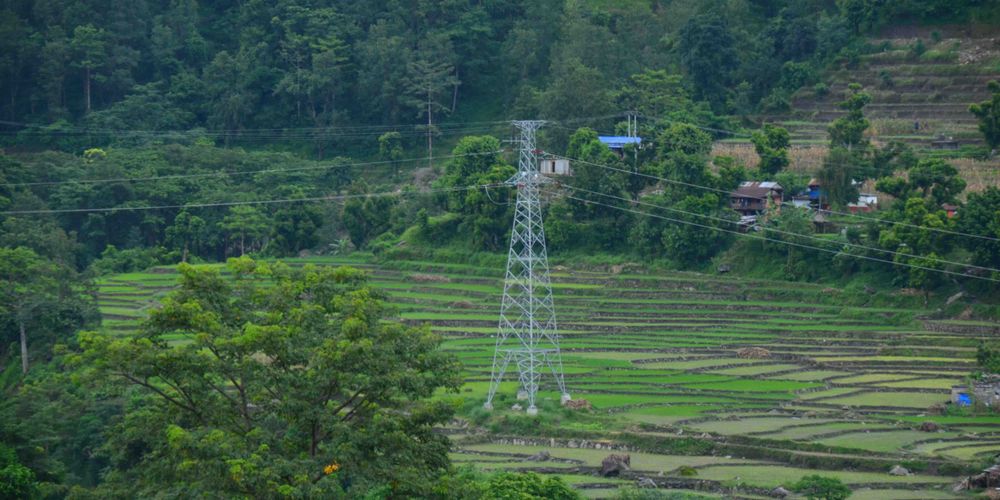 Today, on the International Day of the World’s Indigenous Peoples, communities in Lamjung district are reiterating their demand that hydropower sector development in their region follow the international legal standard called Free, Prior and Informed Consent (FPIC). As part of the communities’ advocacy, supporting organizations have sent a letter to the European Investment Bank (EIB), which is funding the 220 kV Marsyangdi Corridor, a high voltage electricity transmission line that links the Annapurna base camp area to transmission lines going to Kathmandu and India. The planned route of the Marsyangdi Corridor will pass through Lamjung peoples’ forests, community resources, homes, structures, and lands.

The communities in Lamjung are affected by numerous existing and planned hydropower sector projects, including the Marsyangdi Corridor. There are plans to develop over 1,000 MW of hydropower in the Marysyandgi river system region. This is more than the existing power capacity for all of Nepal. However, local community members have not been consulted or given their fair share of project benefits, despite shouldering the numerous social, environmental, and economic impacts of the hydropower sector. For example, albeit construction of the Marsyangdi Corridor could start soon, many community members do not even know whether and how they will be affected by the project. As a result, the communities – including Indigenous Gurung and other peoples, many of whom have lived in the region for generations – have come together to raise their voices as the FPIC & Rights Forum.

FPIC means communities have a right to say yes or no. The principles of FPIC are protected under Nepal’s constitution, and clearly stated in international legal instruments such as the UN Declaration on the Rights of Indigenous Peoples, and International Labour Organization Convention No. 169, which are incorporated into Nepali law.

In the context of a development project, FPIC means the right to say no.

What are communities’ concerns about the Marsyangdi Corridor?

A report by an independent scientist found gaps in the Marsyangdi Corridor’s environmental and social assessment that have ranged from the alarming to the absurd. The Marsyangdi Corridor is supposed to be in Western Nepal near the Annapurna base camp. But the coordinates given in the project’s environmental and social assessment puts the line mostly in China, with part of it in Eastern Nepal near Mount Everest. Baseline assessments for ecological baselines, forest cover, and routing appear to be superficial at best. These gaps call into question the broader design, planning and implementation of the Marsyangdi Corridor.

Additionally, consultations with rightsholders under the transmission lines have been blatantly excluded from the scope of the aforementioned assessment. This is particularly problematic, because, below transmission lines, landowners cannot build any infrastructure or plant trees, and banks do not accept the property as collateral for loans. This leads to a drop-in value of the land along the transmission line. Many affected communities are also concerned about health, safety and environmental impacts of the project.

Communities across Nepal who are affected by transmission lines have expressed concerns that the current governmental practice of providing only 10% compensation for the narrow strip of land under the transmission line, also called the “right of way”, is too low. There is a growing demand across Nepal – including from Lamjung – to increase individual compensation for private landowners, and to provide robust community level benefits sharing as well.

Why a letter to the European Investment Bank?

The EIB is a multilateral bank owned by the European Union countries, and the EIB’s projects are bound by strict social and environmental rules, including FPIC. For this reason, project affected peoples in Lamjung are demanding that the EIB ensure that its project, the Marsyangdi Corridor, also respects their rights.

The EIB should help ensure Lamjung communities are given accessible and complete information about the Marsyangdi Corridor’s environmental, social, and economic impacts, and all gaps in the project’s assessments are remedied. There must be a view to seek consent for the project including by changing project design and implementation to respond to the communities’ concerns. The EIB’s rules also require that project impacts should be considered strategically, taking into account cumulative impacts from other existing and planned hydropower sector projects in Lamjung district and the region.

The FPIC & Rights Forum hopes the EIB can play a leadership role in raising the standards of project implementation in the district, and support the project and government authorities to integrate FPIC into the Marsyangdi Corridor, and hydropower sector development in Lamjung district.