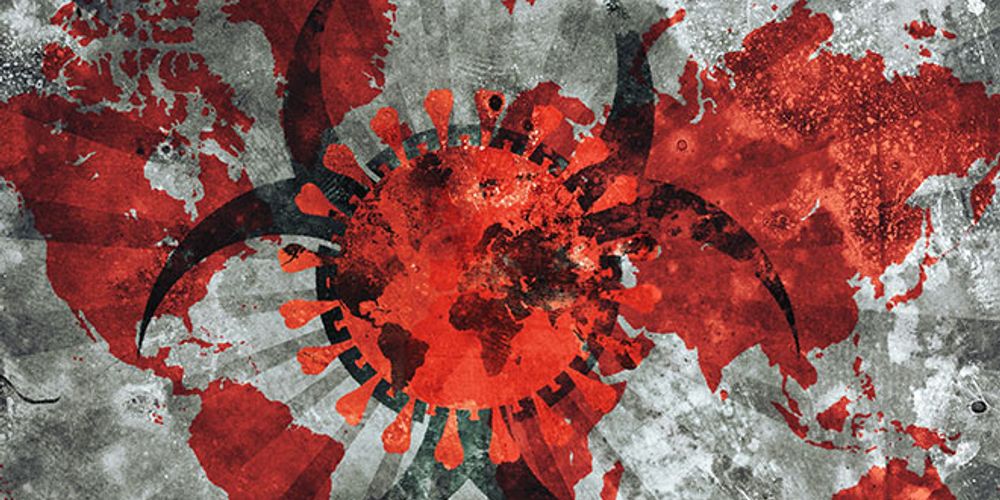 Three Indian nationals taking refuge at a mosque in Birgunj have been tested positive for Covid19, the Ministry of Health and Population confirmed on Sunday. The men, aged 37, 44, and 55, and from various parts of India, and were taking shelter with 18 others at Jame Mosque in Chhapkaiya, Birgunj.

The ministry had sent their throat swabs to the National Public Health Laboratory in Kathmandu for further confirmation after they tested positive to the novel coronavirus during initial tests conducted from a lab in Hetauda. The men, as well as the 18 others taking refuge at the mosque, are currently in isolation, the ministry said in a statement.

Local authorities have started tracing people who were in contact with the three men for testing and isolation. With these three new cases, the total number of Covid19 cases in Nepal has reached 12.

The government, meanwhile, has just finished tracing people who were in contact with the three people who tested positive for Covid19 cases in Kailali and Kanchanpur last week.

Nepal’s economic growth may fall to a range between 1.5 and 2.8 percent in 2020, down from the 7 percent projected just 6 months ago, the World Bank said in a report released on Sunday. The South Asia Economic Focus, a twice-a-year-regional update,  suggests that Nepal may be staring at a looming economic crisis due to lower remittances, stunted trade and tourism, and broader disruptions caused by the Covid19 outbreak.

The World Bank has forecast that South Asia as a whole is heading towards the region’s worst performance since 1980. A prolonged outbreak of Covid19 will impact growth significantly in Nepal with a further deceleration in services and industrial production. Economic growth during the 2021 fiscal year is also likely to remain subdued due to the lingering effects of the pandemic, with some recovery expected in 2022.

“We are closely monitoring how the Covid19 pandemic is evolving across Nepal,” stated Faris Hadad-Zervos, World Bank country manager for Nepal. “Our immediate priority is to coordinate our action with the government, private sector and international development partners to ensure that health supplies and equipment are readily available and that a comprehensive recovery package is in place to support the poor and most vulnerable.”

Mahato joins calls to use MP funds in Covid19 response

Leader of the Rastriya Janata Party Nepal, Rajendra Mahato, on Sunday urged the government to make use of the Member of Parliament Development Fund in the fight against the Covid19 pandemic. He is the latest politician to voice support for utilising MP funds as the government struggles to manage resources to equip local health facilities. Under the fund, each directly elected parliamentarian gets Rs 60 million to spend in their constituency based on priority areas. But the fund has come under increasing media scrutiny for misusing taxpayers’ money.

On Saturday, NCP leader Narayan Kaji Shrestha had urged the government to make unspent amounts of the fund available for combating the pandemic.

The Ministry of Health and Population on Sunday urged the public once again to stay indoors to prevent possible transmission of the virus. MoHP spokesperson Bikash Devokta said that an increasing number of people are violating restrictions and venturing out of their homes.

“More than 57,000 people have been arrested for defying the nationwide lockdown since 24 March,” Devkota said.

Similarly, the police rounded up 32,000 vehicles for plying on the roads without permission from local authorities but had released them after giving them warnings.

In a different context, Devkota said that the government has rescued 4,600 tourists stranded in various parts of the country.

Calls to bring Nepalis stranded at the border

The Rastriya Janata Party Nepal, the fourth largest political party in the federal parliament and a coalition partner in Province 2, has demanded the government to allow entry to Nepali migrants stuck at the border. Issuing a press statement on Sunday, Sharad Singh Bhandari, coordinator of the RJPN presidium, urged the government to give safe passage to returnee migrants stranded at the border after proper screening and isolation. According to the government, around 2,500 Nepalis are currently in quarantine facilities set up by Indian authorities.

However, the government appears in no mood to allow entry to migrants returning from India until the lockdown is over in order to prevent the possible spread of the virus. On Sunday, the government deployed an additional 6,000 Armed Police Force personnel along border points with India amid reports of increased cross-border movement despite the lockdown.

"Join the country and play the national anthem from your home to salute  all the people on the front line: doctors, nurses, security personnels, emergency service staffs, delivery workers, cleaners, supermarket staff, and everyone else keeping Nepal safe  and stocked at this time of need," reads the appeal posted by Global Compact Nepal.

Many social media users have questioned the need for such theatrics while the government is failing to ensure necessary PPEs for frontline workers. Although not a government initiative, Oli’s plea is reminiscent of Modi’s repeated appeals to his citizens to show solidarity in the fight against Covid19 through similar theatrics including banging pots and pans and lighting candles.