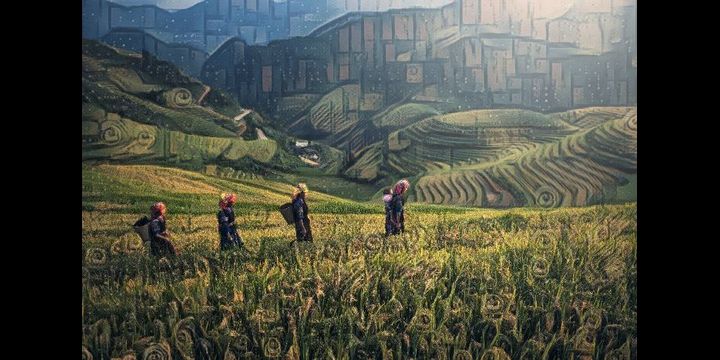 The outbreak of Covid-19, which started as a significant health disruption, has begun to show its influence in every sphere of human existence. As the country seeks to ensure its people's health and safety, the effort towards ensuring food security is essential in order to prevent a humanitarian crisis. The United Nations World Food Program (WFP) warns that the Covid-19 pandemic could double the number of people suffering from acute hunger to more than a quarter of a billion by the end of 2020 with low and middle-income countries witnessing severe food insecurity.

Several factors complicate the issue of food security during the time of crisis. Food security generally focuses on availability, access, utilisation, and stability — often described as the four pillars of food security. This, however, mainly concerns the technical aspects of food production, distribution, and supplies and does not account for gender dimensions in food security. For example, gender inequalities, patriarchal norms, low social status, and lack of access to resources leads to lower access to food and nutrition security among girls and women. Similarly, children, pregnant women, lactating and nursing mothers will have specialised needs for food and nutrition. This, nevertheless, is not explicitly addressed while discussing food and nutrition security.

Universally, the impact of food security is not gender-neutral. It affects men and women differently, even in normal times. A crisis like this aggravates the problems faced by women even more. The current pandemic has exposed women to higher vulnerabilities vis-a-vis food insecurity as well as gender-based violence, intimate partner violence and additional caretaker responsibility. Amid the pandemic, gender inequalities within the household, lower access to productive resources and income-generating capacities worsen the already weak position of women.

Traditionally, women are relegated to the role of caregiver and food manager in a household. When a crisis unfolds, households manage their food insecurity by often purchasing less diverse food or lowering the number of meals. Women often allocate meals to others before themselves, hampering their own food intake. An increase in family members owing to reverse migration from urban to rural or foreign migrants has added the fear of placing lesser food on women’s plates given the fixed size of food availability.

Similarly, the pandemic's economic fallout is higher among women as the pandemic's effect is more in the sectors where women are employed the most, like in hotels, retail businesses and health care. In Nepal, 1.72 million women are employed in non-agricultural jobs which are at immediate risk. For instance, the tourism sector that employs 37.25 percent of women was the first to be hit by the pandemic and will be the last to recover. Similarly, women employed in the informal sector are deprived of social protection measures like health insurance, paid sick leave, maternity leave, pensions and other benefits that can have severe consequences during this pandemic.

Women in agriculture comprise 57.2 percent of the total labour employed. But the contribution of women in food production and security is hardly recognised due to the predominance of the patriarchal norms, inequalities in land ownership, access and control of livelihood assets and poor decision-making status. The situation has worsened now because the extension of the lockdown during peak harvesting season resulted in the shortage of seeds, fertilisers and agricultural inputs which may hinder agriculture production domestically.

Apart from this, children, pregnant women and lactating and nursing mothers who have specialised needs for food and nutrition will suffer the most given the present situation. According to 2016’s demographic and health survey, 17 percent of women of reproductive age are thin or undernourished. If the women of reproductive age or lactating mothers and their children do not get adequate nutrition, cases of malnutrition will increase. The scarring effects of malnutrition will remain for a more extended period in life, and reversing the impact of malnutrition can be very costly, if not impossible. Similarly, female-headed households are generally food insecure due to disadvantages regarding access to land, labour market, access to credit, discriminating cultural norms, restricted mobility and ‘double day burden’ on their heads. According to the annual household survey from 2017-2018, the trend of female-headed households has increased to 24.8 percent. Hence, the current pandemic is likely to impact them more.

Given that the Covid-19 crisis affects men and women in different ways, measures to resolve it must take gender into account. The government has a greater responsibility to address the issues of marginal and vulnerable populations. The budget for the fiscal year 2020/21 has just been released by the federal and provincial governments with some provisions for food and nutritional security like the food for work programme and food relief for persons employed in the informal sector. There are now provisions to provide nutrition programmes by all local-level health institutions. ‘My Agriculture, My Pride,’ grain storage and skill development programmes are some initiatives announced through provincial budgets. These programmes could address the problem of food security partially. However, the gender dimensions of food and nutrition security are not acknowledged with no explicit provisions to address them. The overall budgetary response for food security from the government is less than adequate.

The present situation of food insecurity is the manifestation of the structural inequalities and discrimination faced by women. The intersectionality of women and caste, class and geographical locations further intensifies problems faced by women. Hence, addressing women’s food insecurity should be seen from the perspective of gender empowerment. To address the food insecurity arising from the current pandemic, targeted nutritional and food stamps should be provided to pregnant and lactating women, widows, and single women. Similarly, priority women at local level employment programmes and a smooth supply of essential foods can be some areas where between different levels of government coordinate with each other. It is imperative to have universal as well as targeted policies and programmes to address gender-specific food insecurity.

Bijeta Shrestha  Bijeta works in the areas of gender, poverty, and economic development. She has a masters in economics from JNU.

Changes that the proposed bill will have on civil service