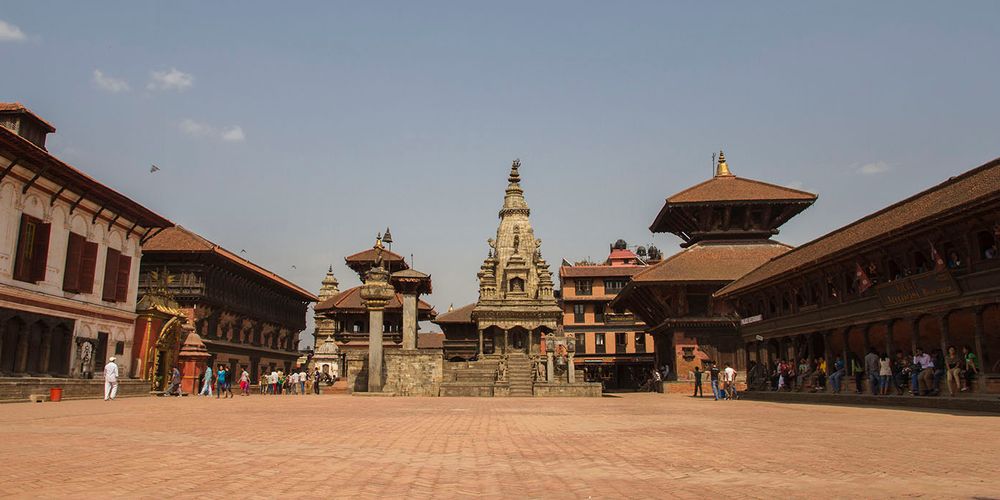 I follow Yogesh Raj inside Martin Chautari’s library, passing through the narrow alleys the bookshelves make, until we open up into what formerly was a cataloguer’s room. This has been turned into an office. “Should I open the window?” he asks, rhetorically, and opens the window. The “office” is really a book cave: a desk, two chairs on either side of the desk, musty copies of Economic and Political Weekly and Seminar in the case, and newer arrivals piled up at a hand’s reach. Raj is wearing a kurta. There was a storm last night. The May air is cool. It’s quiet. Soon it’ll be evening.

As far as meeting rituals go, there’s going to be no tea.

I explain why I’m here. I’ve wanted to meet him for a long time. Raj is a polyglot scholar, he speaks in seven languages. In addition to Maithili (mother tongue) and Nepali (first language), he’s versed in Newari, Hindi, Bengali, English, and German. His academic life would make any scholar envious. His first degree was in mechanical engineering and his latest was a PhD in the history of science, technology, and medicine from Imperial College, London. His body of work is already impressive: there’s the book titled, History as Mindscapes, which offers an account of the peasant movement. (A good book, but mind the typography.) Then there’s his work on Newar death rituals, and a booklet on historical ruptures and repairs, an approach he has recently developed.  He’s dug deep into the British Library archive, like a treasure hunter, to discover the journals of George Kinloch, who was sent by the East India Company to rescue the Malla king under siege by PN Shah. Kinloch never made it. Had he, there probably would not have been a Shah-Rana regime in the hills, or present-day Nepal for that matter.

I’m here to ramble about history.

I tell Raj I’ve heard there are no new students enrolled in Tribhuvan University’s history department. Is it true? Is history in decline? Should we worry?

The answer is an emphatic “No.” It isn’t true that no student has signed up for history at Kirtipur this year. One has enrolled, he’s been told. Funny thing, the university has announced vacancies for nine teaching positions in the same department. But TU is hardly an exciting place to look for history anymore. History is thriving beyond the exclusive club, Raj says, more articles are published in more diverse journals than ever. More books are written on historical matters. More period films are made. The public’s appetite for the past remains strong.

This is the first of many misconceptions I have of history that Raj is going to burst, without even unfolding his arms.

I recently read the book, Blood on the Throne, an English translation of Baburam Acharya’s Aba Yesto Kahilyai Nahos. It’s a gruesome chronicle of a succession of conspiracies, murders, and massacres. Dark Age stuff, much about bloodthirsty rulers, little about the common man. Why is that?

“The object as well as the originator of history has always been the state. But, in itself, this is not necessarily an evil start. Even in a statist story, there are points of departure. Enough, say, for a history of labor or a history of the roads. The non-statist narratives are in dormant forms.”

I ask him to repeat the quote so I can write it down correctly. It sounds deep. It is deep. “Statist” is the key word here, I discover. The history you are taught is the history the state wants you to know, he says. The past you read about in schools is the past the state wants you to remember. The state-sponsored chroniclers are thorough in their tasks; they tend to include everything the state does. But in their zeal, they leave traces of the ruled. You need to learn the way they don’t want you to.

But how much of non-statist history, the common man’s history, has actually been written?

Does it matter, the question bounces back, whether you talk about people or kings? I think it does. But Raj says it doesn’t. You can write about kings as common folk and scavengers as kings. What matters is whether the historian has written interestingly, done her job well, treated her characters in a rich and credible manner. He gives examples of non-statist orientations by historians you’d think are statists. Baburam Acharya wrote about Newari, and Gautamvajra Bajracharya wrote about the mingling of Newari and Tamang languages. If you talk to Mahesraj Pant (who runs the journal Purnima), he’ll tell you about ordinary Brahmins in the medieval Newar kingdoms, something Janajati activists obsessed with the notions of a pure state might find puzzling.

By this time, I’m pleased to note that Raj has unfolded his hands. But his gestures are mild.

What does he think of the Janajati charge that some historians, like Ramesh Dhungel and Saurav, distort history to suit their political leanings?

That charge is double-edged, it cuts both ways, Raj says. Some Bahuns don’t accept the Janajati version of things, some Janajatis don’t accept Bahun version of things. Some Bahuns don’t even endorse views of other Bahuns and neither do some Janajatis. This should not be about castes. In fact, the conflict is inevitable and understandable. The right question to ask is why have historical claims become so frequent and controversial at this precise point in time? For example, newspapers have run a sort of debate between Saurav and Krishna Bikram Nemwang on whether Imansingh Chemjong was right. A section of reading activists keenly follows it. The passion involved is, however, more unsettling than what is at stake in the debate.

I mumble that newspapers tend to dish out whatever they think it is the readers want. That it’s the market that governs. I remind him of another controversy in the media that crops up every winter about whether a vengeful PN Shah slashed off Kirtipurey noses. Saurav has called it the white-historian’s slander of the “great man.” Is it true?

Even if PN Shah did it, it’s not exceptional, Raj says. This account of PN Shah cutting noses comes from Father Joseph, an Italian missionary. Its English version circulated widely among the East India Company officials. John Shore, who later became the Governor-General of India (1793–1797), reported it to the Asiatic Society, and it was published in the Society’s journal, Asiatic Researches. Around 1832, the Company published an abbreviated version of that report in a digest. The volume was intended to prove that the Indians, especially the Hindus, were uncivilized, and the Gorkhalis were barbaric. Among others, Tulsiram Vaidya brought that version to his Voice of History piece.

But the account of nose cutting is also in Sanskrit. Lalitavallabh, one of the Pundits of PN Shah, has mentioned it in passing.

So did he or did he not cut the noses? I ask. Raj doesn’t want to give a straight answer. Sometimes it’s as hard to get a yes or no answer from an academic as it is from a politician.

You’re trying to pin me down, he says. The debate shouldn’t be whether it happened (it might have). This discussion is not about history. It’s about scoring points. It’s a politics of history, where politics has become dominant, history minor. Historians, and the public, need to grow up, and out of it. History needs to be written for mature adults of all genders.

The Janajatis, too, need to grow out of it, he says. They are going after a history that’s a reaction to the statist history told by the elite Khas-Bahuns. They seek a statist story of their own elites. Thus the clamor to find a Tharu kingdom, a Tamang palace, or a Limbu rule in the past. They have fallen into the trap of a particular logic of history: if they can prove they had a state, it’d legitimize claims to their state now.

He quotes Raghubir Sahay, a poet who wrote in Hindi.

If you use the weapon your enemy uses to defeat him, you’ll turn yourself into your enemy.

I go back to Acharya’s stories. Some call the Rana period the Dark Age. Was there a counterpart, some sort of a Golden Age? The textbooks used to say the Licchavi period was that. We had to answer the Lok Sewa Ayog–type questions in class. Question: What was the golden period in Nepal’s history? Answer: Lichhavi.

Nonsense, Raj responds. People imagine things. And the state had a certain interest in promoting a particular imagination. It wanted you to believe that there was a country called Nepal, almost as big as it is today, that it was unified, peaceful, prosperous, and glorious. Historians often played chorus in the state’s vision of its ancient past. They wanted to instill in you a value. Values arise if you can make others believe in the complete truth. Truth is not an issue here. Completeness is. This is what Derrida called “totalizing temporality,” a narrative that pretends to tell all that happened, that there was nothing outside of it. But that’s not possible; you always have someone outside the world the narrative describes.

It seems only a fool would speak of a Golden Age. Or a bad historian, neophyte, insecure, statist. Raj fights the tendency to attach a value to a past time, or event, primarily and regularly with himself.

Here’s an example. Think of Jayadev Dwitiya’s inscription in Pashupati. So and so historian think [he rattles off a few names, most of them with the surname Pant] the language used there is the best Sanskrit. But what does that tell you? Does it mean that Sanskrit education was the best at that time, or that most people understood the language, or that Sanskrit was the court language, or that Anuparam, the inscription composer, was a master of the language? To say any of these you need more evidence than a plate of stone. Try not to impose values on the past. Resist value judgments. Relentlessly.

With that qualified praise to the proverbial average man, our meeting ends. I thank Raj for his time, and he escorts me out of his cave, the library.

History as Mindscapes: A Memory of the Peasants’ Movement of Nepal. Martin Chautari. 2010.

Sandhya-Samrachana: An Analysis of Death Consciousness of the Hindu Newars. Martin Chautari. 2013.

A victory for the democrats

The maharaja and the monarch (Part 2)

The maharaja and the monarch (Part 1)