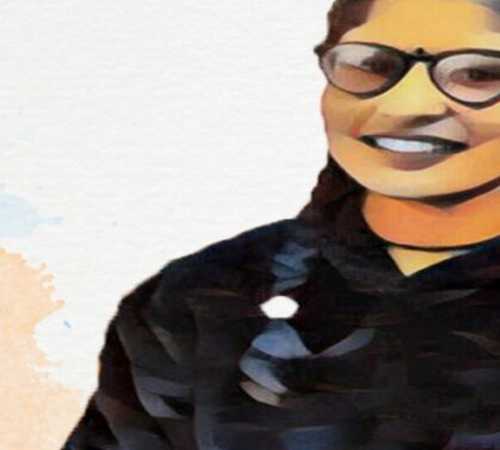 February 3 was just another Wednesday. She collected grass for the cattle, fetched water, and cooked meals for the household before leaving for school. She walked five kilometres from her home in Chadepaani in Baitadi’s Dogadakedar Rural Municipality to the Sanatan Dharma Secondary School in Dogadakedar’s Shreekot and left shortly after 2pm. Locals reported seeing her walking alone as she entered the 40 to 50 metre section of the dense Lovelek Community Forest. She never emerged.

“We waited till the evening but she never came home,” Shivaraj Bhatta, Bhagrathi’s uncle, recounted to The Record over the phone from Chadepani.

According to Shivaraj, Bhagrathi was the only girl studying accounting in grade 12 from her village. Her classes were scheduled earlier and thus ended earlier in the day, so she often walked home alone. She could’ve waited for her friends but she almost always rushed home to help her single mother, Draupadi, who was alone at home. Of her four siblings, two of her sisters are married while her brother works in India as a laborer. Bhagrathi had been Draupadi’s sole support ever since her father died of kidney failure a month ago.

When she didn’t come home, the family assumed that she had gone to a friend’s place. They attempted to reach her phone but when the phone was switched off, they began to get worried. Shivaraj called up her classmates, teachers and locals, but no one had seen her. Scared, they called the police.

The police began search and rescue operations but Shivaraj wasn’t satisfied with their work. With the help of locals, he provided her physical descriptions to the district police office.

“But they didn’t help us as expected,” said Shivaraj.

The next day, February 4, students discovered Bhagrathi’s dead body in the middle of the forest at around 4pm. Her body was found in a gorge, with her shirt torn off and her pants pulled down below the knee. Teeth marks covered her body.

Her sandals were discovered some 50 metres away on the gravel road, from where she had been dragged, said Shivaraj.

“I couldn’t bear to look,” he said. “It looked like she was fighting till the very end.”

Shivaraj and the village locals believe that Bhagrathi was raped before she was murdered. Preliminary police investigations support this assertion but police are awaiting reports from a swab test and a post mortem before stating anything conclusively. The cause of death has yet to be established.

“We are collecting statements from people who knew her while also analysing all the call details,” said Janak Bahadur Dhami, a police inspector at the Baitadi district police office. “We are expecting her post-mortem report soon, which will help us learn what exactly happened.”

According to Dr Basanta Raj Joshi, chief of the Baitadi District Health Office, the report will likely be ready by Monday.

For many across Nepal, Bhagrathi’s murder was eerily reminscent of the rape and murder of 13-year-old Nirmala Pant in 2018. Both were teenage girls, minors, who are believed to have been brutally raped and murdered in Nepal's Far West. Despite massive protests, Pant’s rape and murder remains unsolved over two years later.

Locals in Baitadi, along with many Nepalis on social media, are afraid that Bhagrathi will suffer the same undignified fate as Pant and thus have been holding protests. But Draupadi, Bhagrathi’s mother, fears that her daughter’s case will be ‘politicised’, like the Nirmala Pant case was.

“We want justice. My daughter’s case shouldn’t become like Nirmala Pant’s case,” Draupadi told The Record over the phone in a brief interview.

Pant’s rape and murder received national attention but the sad fact is that cases like that of Pant and Bhagrathi are increasing in the Far West.

According to data compiled by the Nepal Police, 167 rape cases were reported two years ago from the Far West; the number increased to 203 last year. In the first six month of this fiscal year, 72 rape cases have already been reported. Police believe that the number is higher, as many rape cases go unreported due to societal taboos.

“The number of rape case is higher in Sudurpaschim province when compared to other provinces, and so does political interference into investigations,” said Mohna Ansari, former member of the National Human Rights Commission. “In the Sudurpaschim, the word of political leaders tends to prevail.”

A few months after Pant’s rape and murder in Kanchanpur, in October 2018, 14-year-old Pramila Tharu’s body was found hanging from a tree. Although the police ruled her death a suicide, a joint investigation by journalists Abha Lal and Peter Gill for The Record and India’s The Wire revealed many pieces of circumstantial evidence that pointed to rape and murder.

Read more: After a suspicious death and rapes, a climate of fear in Sangarshanagar

Again, in September last year, a 12-year-old Dalit girl was raped and murdered in Bajhang. One of the accused has been arrested so far but both cases made few waves nationally.

Aware of the impunity that seems to prevail in the country, especially when it comes to cases of rape, many organisations, including the National Human Rights Commission (NHRC) and local political parties, have demanded that the police quickly pursue a thorough investigation. In a statement, the NHRC said that a local team had been deployed from the provincial headquarters of Dhangadhi to assess matters on the ground and asked the authorities to pursue a “fair and effective investigation”.

Nepal does not have a great track record when it comes to prosecuting rape cases.

“Even in Pant’s case, she was raped and murder but the statute of limitations for rape has expired, which means it will only be a murder case now,” said Sabin Shrestha, a rights lawyer.

According to the 2017 Criminal Code, the statute of limitation in cases of rape is one year, which was increased from six months. Before 2012, it was just 35 days.

The district police say that they have already taken six individuals in for questioning while an investigation team has been dispatched from the Central Bureau of Investigation to assist in the case.

Nepal’s Far West rarely makes national news unless it is over outdated social practices or crimes like Pant and Bhagrathi’s murder. Locals have been attempting to counter the characterisation of their area as only poor, socially backward and ‘underdeveloped’. Young women like Bhagrathi were part of that social change, refusing to quit school after the tenth grade like most others and instead choosing to pursue higher education. Bhagrathi’s rape and murder has now terrorised the local female students, say locals, as their schools and colleges are often far away from their homes with dense forest in between.

In order to quell that fear, the state needs to act quickly and effectively, and see to it that justice is done, say legal experts.

“Legal action is not just about punishment; it also works as a deterrent to crime,” said Shrestha, the lawyer. “If perpetrators get away with their crime, it only encourages criminal minds.”