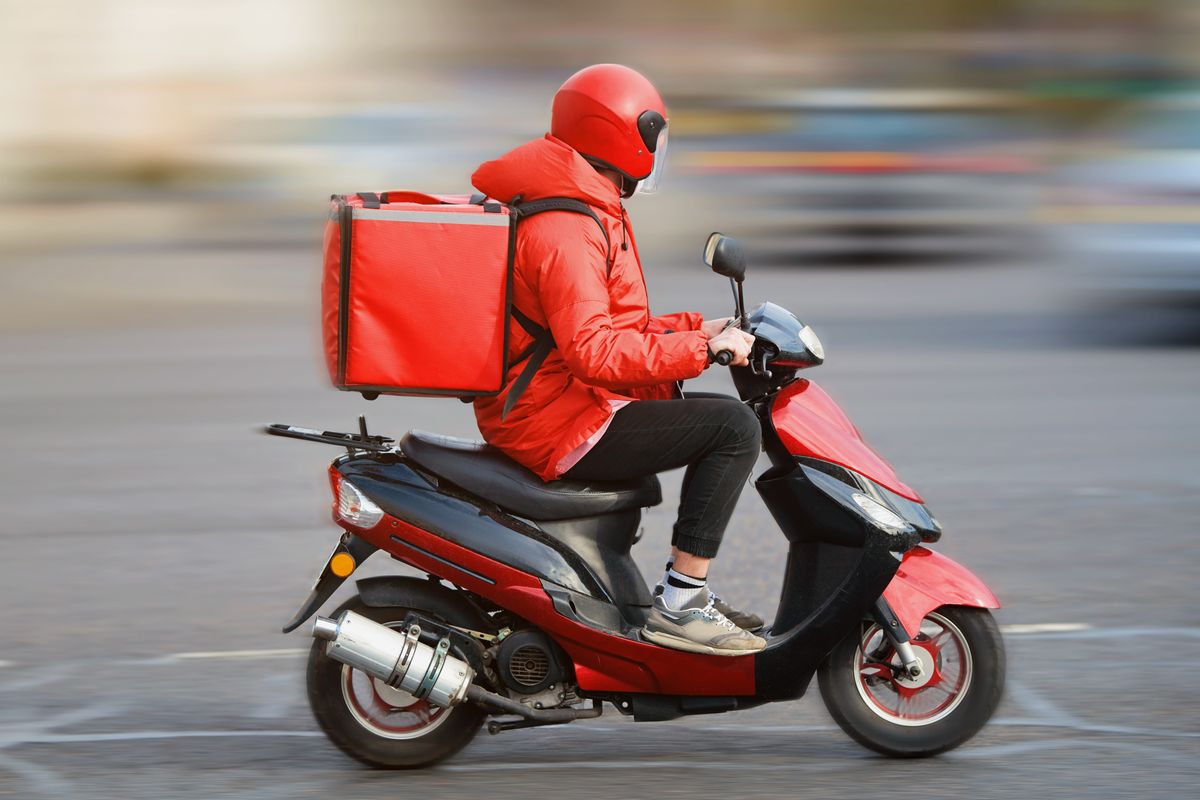 Every once in a while Nirvisha Baidya enjoys going to lunch or dinner at one of the many restaurants that pop up on her Instagram feed. Baidya, 26, like many of her peers, enjoys exploring different eateries around the city and trying out new dishes. Baidya also has a select few grub hubs that she goes back to time and again.

But while she does enjoy her occasional foodie outings, Baidya says that she does not always have the time or energy to commute halfway across town to try a crepe or a burger. More often than not, Baidya is busy with work or recharging at home. In order to satiate the foodie in her, she occasionally orders food online.

“I use food delivery apps at least twice a month. I order takeaway every fortnight for my family of five,” she said.

Baidya echoes the sentiments of a growing class of Kathmandu residents. Middle-class with some disposable income, more and more city folk are not just eating out but also patronizing delivery services that bring food home.

Since Foodmandu first started in 2011, a plethora of food delivery services has cropped up in Kathmandu. Bhoj (formerly Bhojdeals), Pathao Food, Bhokmandu, Bhoklagyo, and Foodmario have all attempted to compete with Foodmandu with their own unique flourishes but the latter maintains its dominance in the market.

Foodmandu currently employs over 190 delivery riders and has partnered with over 800 restaurants across the capital and Pokhara. According to Shyam Ratna Mali, head of business development and branding for Foodmandu, the company delivers over 1,300 orders in a day with orders reaching 2,000 during occasions such as Valentine’s Day and New Year’s Day.

While Foodmandu only delivers food from existing restaurants, companies like Bhok Lagyo and Khaanpin operate their own kitchens and generally focus on late-night food delivery. Foodmario connects customers with home chefs while Bhoj provides discounts and deals alongside food from partner restaurants. Bhoj also serves Butwal and Bhairahawa outside of the Kathmandu Valley while Foodmandu also serves Pokhara.

“I normally opt for Bhoj, but I have experience with Foodmandu and Foodmario too. Bhoj has better deals when you actually visit the restaurants, which is a big plus. But if I want a more homemade feel, then I go for Foodmario,” said Baidya.

The inner workings of delivering food 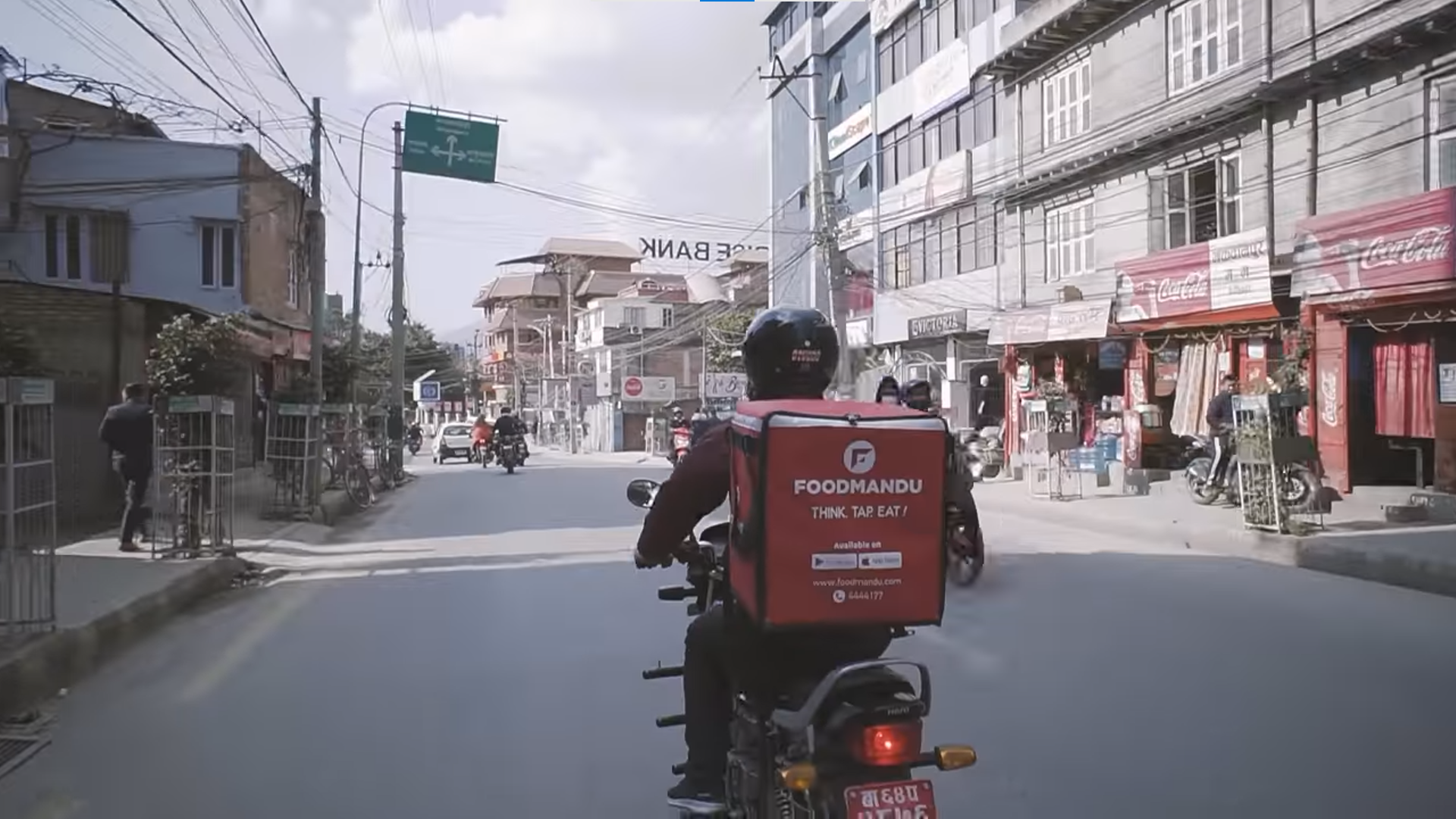 Companies like Foodmandu work with two active sets of actors: the delivery riders and the actual restaurants. Foodmandu currently employs both full-time and part-time delivery riders. Riders receive a basic salary and are given daily targets that they need to fulfill. Once that target has been reached, they are paid an incentivized rate for every extra delivery.

Partnerships with restaurants typically hinge on a commission-based model. Restaurants pay food delivery platforms a percentage of every order that they sell through these platforms. However, while the business model is similar across the many food delivery companies, the commission rates are not. Pemba Gurung, who runs Cloud Kitchen MIX, said that on average, restaurants generally pay 20 percent of every order.

“The least we pay is to Foodbusters, who charge around 14-15 percent while we pay the most to Foodmandu, who charge about 22 percent. Bhoj charges 20 percent and Pathao Food takes 18 percent,” said Gurung.

Like Gurung, most restaurants usually partner with multiple delivery platforms, which allows them to maximize their delivery numbers.

“We learned that each platform has its own set of loyal customers. We just wanted to tap into all the customer bases that we could,” said Gurung.

However, there are also a handful of restaurants that have exclusive deals with one delivery platform, which allows them special perks. When asked if exclusive Foodmandu partners were awarded lower commission charges, Mali replied, “No, all our partner restaurants pay the same commission rate. But we do provide them with additional value like promotion and brand visibility.”

Cloud kitchens on the rise?

Online food delivery platforms are not the only cultural shift in Kathmandu’s eating habits. Even within the food delivery industry, there is a small cohort of ‘cloud kitchens’ with Foodmario, Bhok Lagyo, Khaanpin, and Cloud Kitchen MIX being some of the more prominent names.

Cloud kitchens are restaurants that operate without a physical dining space. Typically, these spots have a professional kitchen and a dedicated cooking team, but no waiting staff or a dining area. Rather than a traditional restaurant setup, cloud kitchens focus solely on delivery and try to keep costs down by avoiding recurrent fees like rent.

Gurung, who operates Cloud Kitchen MIX out of his father’s home in Dhobichaur, shared that since he does not need space in a busy location like Thamel or Jhamsikhel, he does not have to worry about selling enough to cover rent.

“On an average day, we get about 20 orders across our four brands. But since we operate with a team of just four chefs and we don’t have to worry about paying rent, 20 orders a day is pretty okay for us,” he said.

Unlike Foodmario and Bhok Lagyo who have their own delivery riders, Cloud Kitchen MIX currently works with delivery platforms like Foodmandu and Bhoj but has plans to deliver on their own once they get their own website and app going, says Gurung.

But now, even legacy delivery companies like Foodmandu are looking to set up their own array of cloud kitchens across the city, said Mali.

“If we were to run our own restaurants, there’ll be a conflict of interest but if Foodmandu sets up its own cloud kitchens, we can simply invite our existing partners to cook from the kitchens that we have set up across different locations,” Mali told The Record.

The hassles of fast food 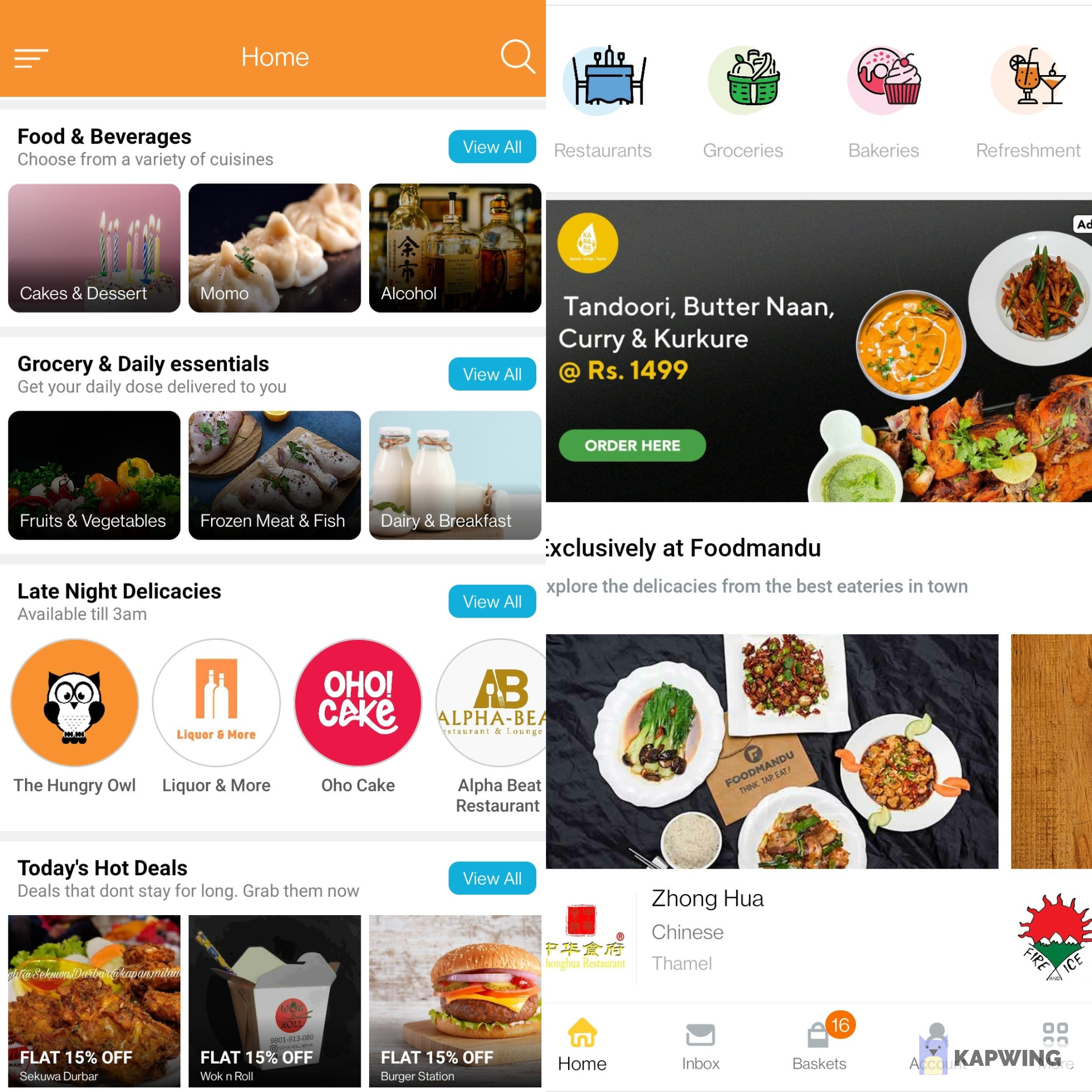 While there is no denying the obvious growth of the food delivery business in Kathmandu, the mechanisms that put this ecosystem in place are far from perfect.

Regardless of how efficient platforms claim to be, customers often have to put up with long delays, especially on the weekend or on holidays. Baidya recalled an incident where an order was delayed by over an hour.

“They called me twice to inform me that there would be a delay, but in the end, the food was cold and I received no compensation,” she said.

Customers are not the only ones who have been troubled by delivery delays. Even partner restaurants share that the time in which delivery riders come to pick up orders is wildly inconsistent. Simon Lama, owner and chef of Simon’s Noodle House, said that they have had delivery riders drop by as early as five minutes after the restaurant had been notified of the order. At other times, the riders come by after an hour.

“Aside from momos, all of the items on our menu have a prep time of five-eight minutes. Can you imagine how cold the food will be when riders arrive for pick-up 40-45 minutes after the order was placed?” said Lama, whose restaurant specializes in Asian fusion cuisine.

The rise in delivery has also affected the kind of food that restaurants focus on. Some of the big sellers at Simon’s Noodle House are soupy noodles and mocktails, but both are hard to pack and deliver. The menu at Cloud Kitchen MIX was explicitly designed with delivery in mind. Gurung stated that they chose to focus on easy-to-deliver meals like burgers, pizzas, and biryanis over a more elaborate menu.

As for the actual business side of things, Lama shared that on a really good day, his restaurant is lucky to get up to 40-45 tables. On such days, he shared that about 10 or so orders are from the three food delivery apps that his restaurant has partnered with. On days when business is slow, online order numbers can come down to three or four. But online orders are often heavier than ones in-house.

Gurung too shared that it was not always possible to get consistent orders from one single delivery platform. A reason behind this might be the ratio between the number of available riders and pending orders. According to Mali, Foodmandu uses this ratio as a metric to gauge how many orders the company can take on.

“Once the number of pending orders reaches a certain peak, our system pauses or stops taking orders. Once the ratio turns normal again, the system comes back into operation. This usually happens during weekends or special days when there is a surge in orders,” said Mali.

Restaurants, bars, and other grub hubs within the valley are a core part of the Kathmandu experience. But for better or worse, this experience has continually been changing.

For consumers like Baidya, the emergence of cloud kitchens and delivery platforms has been a welcome development.

“I love trying new food and now I don't have to travel or wait for friends. I can just go through apps, order in, and try anything. Food cravings are addressed faster and not having to cook is a bonus for me,” she said.

Up and coming restaurateurs like Gurung too are hopeful that this transition in Kathmandu’s eating habits will be profitable. Eventually, he envisions Cloud Kitchen MIX to become something of an online cafeteria. Gurung believes that cloud kitchens are a smart way for the average office-goer to get access to cheap but satisfying meals on a regular basis. Since cloud kitchens cut expenses like rent, wait staff, furniture, and decor, they are able to have more competitive prices without compromising on food quality.

Others such as Lama are grateful for the added business that takeaway orders bring, but are adamant about having a physical space where they can showcase their food and drinks.

“Food isn’t just about food. When you go out to eat, you’re not just going for the food. You’re also going for the experience. The ambiance of the place, the company you are with, and of course, the timeliness of your meal will always be a part of the dining experience people seek out,” he said.