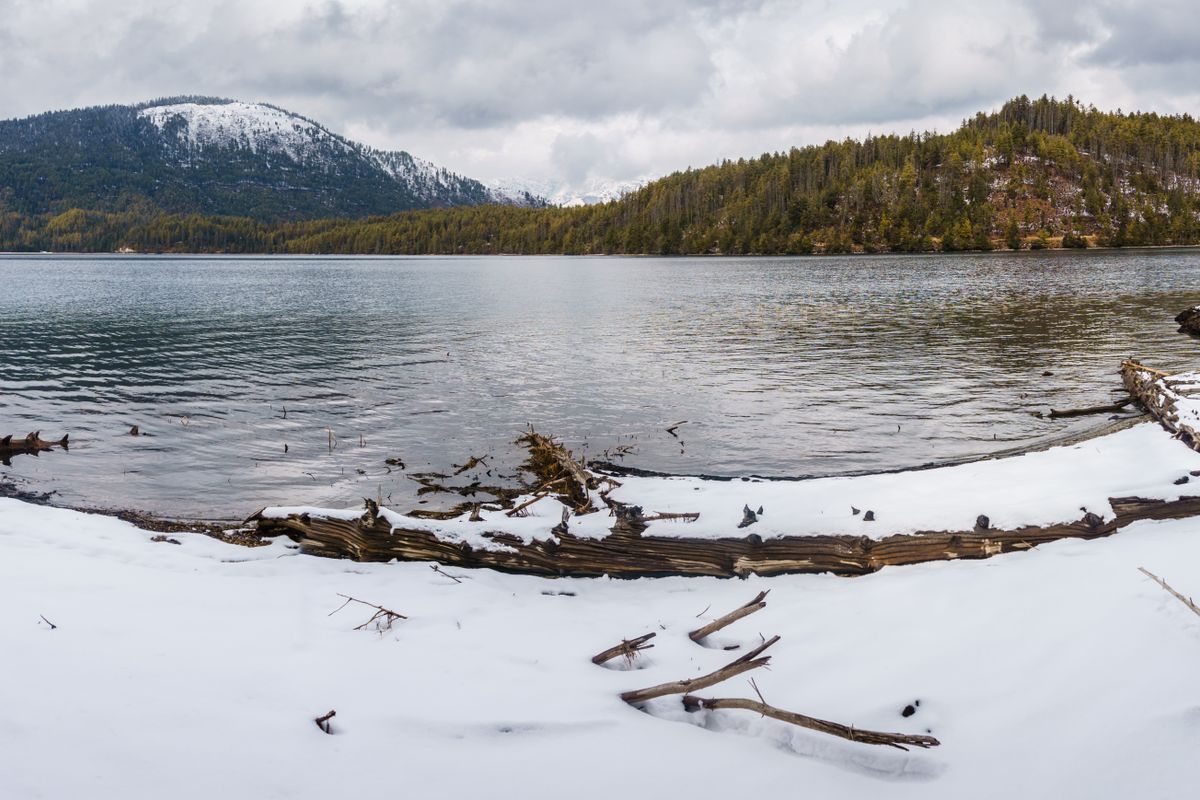 Despite the warm sun, our skin felt cool as we prepared to depart Talcha Airport in Karnali Province's Mugu district. We headed off with eagerness and enthusiasm for our destination, where we would spend a month learning about migratory birds. It was wintertime and while we were distracted by the bitter cold, birds from across the world — Mongolia, India, China, and Russia — were making their way to Nepal.

When we arrived at Rara National Park (RNP), we were greeted by a flurry of beautiful sounds: birds chirping and the lake whispering. The park, which is located in Nepal's northwestern high mountains, covers 106 square kilometers and is home to 51 species of mammals, more than 300 species of birds, two species of reptiles and amphibians, and three species of fishes that are endemic to Nepal. Rara Lake, the largest freshwater lake in the Nepali Himalaya, is part of the national park.

Upon arriving, our first sighting was that of the bar-headed goose, which is pale grey and easily distinguished from any of the other grey geese by the black bars on its head. We also spotted the greylag goose, a large bird that is mottled and barred grey with white plumage, an orange beak, and pink legs. Already, the park's incredible biodiversity was equalling its breathtaking environment and natural beauty.

The next morning, the park was heavily wrapped up in a thick coat of snow. Delighted with the 'increase' in temperature to minus three degrees Celsius,  we ventured out on a birding route that began from Hutu and ended in Milichaur. The chilly weather made it difficult to hold binoculars and cameras while watching birds as the hands would quickly become numb.

We ducks like mallards and gadwalls hunkered down on marshes near Rara lake, foraging on what little food they could find. Common coots and red-crested pochard were busy diving into the lake for food. It was exciting to watch the grebe species i.e., the black-necked grebe and great-crested grebe as they would dive into the lake for a long time, keeping us guessing as to when they would resurface. Large flocks of gulls produced a moving feast on the park's east side, which must be seen to be fully appreciated.

Observing these wetland birds was gratifying but it was also exciting to watch woodland birds. Fortunately, we managed to spot the Kashmiri Nuthatch and the White-throated Tit, two western species.

Rara Lake is a critical stopover for many migratory birds in the Central Asian Flyway, which runs between the Arctic and Indian Oceans and encompasses a wide continental area between Europe and Asia. These birds arrive from Siberia, Russia, and Mongolia to escape the cold and obtain sufficient amounts of food.

This makes Rara National Park a paradise for birdwatchers, whether they are professionals or absolute beginners. Throughout the year, national parks at all latitudes in Nepal offer excellent bird-watching opportunities. But as migratory birds arrive in the winter, Rara provides an exhilarating experience.

Currently, the park is only visited by tourists and bird watchers during the summer but it offers just as much during the winter. In order to develop Rara National Park as a bird-watching destination, promotional initiatives and the creation of tourism infrastructure will be crucial. Bird-friendly infrastructures include view towers, bird hides, and bird feeders; informative hoarding boards about the area's significant and endemic birds should be erected on the outskirts of Rara Lake; and the bird-watching hotspots inside the park should be identified. Additionally, publicizing interesting birds and guides can help draw more visitors. But most importantly, it is critical to engage locals by providing nature guide training in order to promote local livelihoods and ensure long-term sustainability.

My winter experiences at Rara National Park were unforgettable. Sitting around a campfire and enjoying the local cuisine after a day of birdwatching in minus-degree weather only adds to Rara’s charms. The park is a sight to behold, wrapped in a shimmering layer of snow. In freezing weather and stormy days, you may not be able to go birding as much as you'd want, but when you see these lovely winter birds, you may realize that winter is the finest birding season. Winter birdwatching is inexpensive, convenient, adaptable, healthy, and enjoyable. The beautiful feeling of being out among the birds is only enhanced by the snow covering the ground and the trees.

A lot happened on the topic of climate change and the environment this year in Nepal. Here are the highlights.