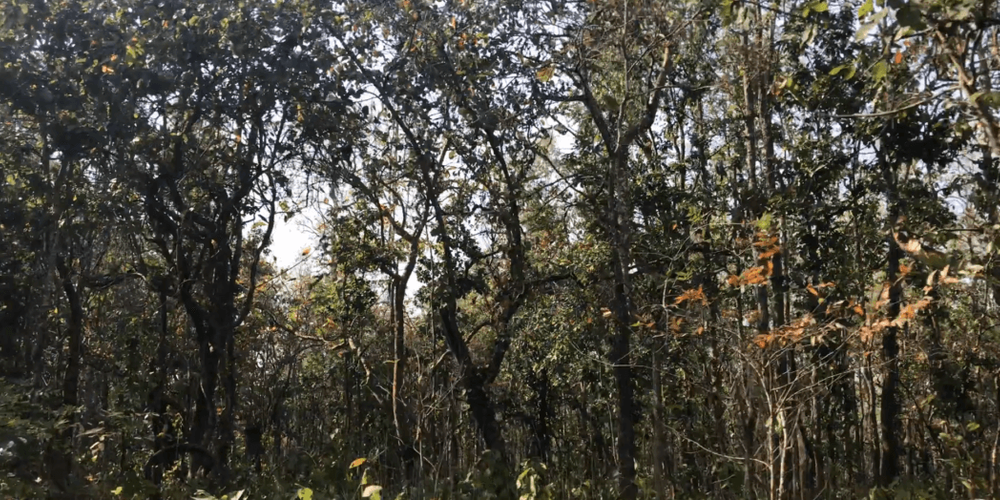 For a country facing desertification just a few decades ago, Nepal has made a huge stride in areas of forest conservation. The success has been nothing short of a miracle. According to a comparative analysis of satellite images, forest area doubled in the last four decades. The forest area went up from 26 per cent of land area to 45 per cent in 2016, especially due to the exponential growth of greenery in the mid-hills. Experts say that several factors including tightened rules and policies, urbanisation, mass migration and stringent measures in protection of natural resources were instrumental in the surge. But the bigger share of credit goes to the community forest that has now become a textbook example for countries around the globe in scientific and systematic forest management. Many fear that community forests in Nepal could soon be history amid fresh efforts from the government to take over their control by curbing the power of the forest user committees and arbitrary taxation by the three tiers of government. In this context, the Record sat with Bharati Pathak, the president of the Federation of Community Forest Users’ Groups (FECOFUN), to talk about the past, present and future of community forestry in Nepal.

Can you begin by shedding light on how community forests started in Nepal?

Community’s participation in forest conservation is not a new thing in Nepal. If you trace the history of community forest, we would have to go back around three or four decades. It was a time when Nepal was gradually losing its green cover. It triggered widespread concerns in and outside Nepal. During that time, the World Bank published a report, stating that Nepal was soon turning into a desert due to the deforestation. This acted as an alarm bell for the government to take action. The government then entrusted local communities with greater roles and responsibilities in the conservation of forests. But the involvement of communities itself was not new to Nepal. Local communities had been involved in forest conservation since the Rana regime. The government had mobilised local communities for the national tree-planting programme in 1999 B.S. Then the formation of the Forest Department also facilitated greater cooperation between the state and the local communities. During the Panchayat period, communities were entrusted with much bigger responsibilities. The Thokarpa community forest formed in Sindhupalchok in 1973 is considered the origin of community forestry in the world.

But the community forest movement gained momentum after the introduction of the Forest Act (1993) and the Forest Regulations (1995). These laws ensured the right to self-governance and right to forest management and utilisation.

What is the current scenario of community forestry in Nepal?

There are around 22,000 Community Forest User Groups in the 77 districts across the country. The user groups have control over 1,813,478 hectares of forest. The forest is directly benefiting over 10 million people. While there are some user groups with an annual turnover in millions of rupees, most of the user groups have been engaging women and people from disadvantaged communities. Community forests have become a source of livelihood for millions of people and helped tens of thousands of households to come out of poverty. They are also a major source of revenue for the government. Needless to say, its success in forest conservation and management of forest resources is exemplary in the world.

Since Nepal embarked on the federal journey, community forests have been a constant target for taxation. In the absence of a uniform tax regime, all three tiers of government are randomly levying taxes. Depending on the province, forest groups are being forced to pay up to 113 per cent tax to the federal government, provincial government and local government. Local federal units are arbitrarily imposing tax at multiple levels under various pretexts. They are also imposing tax on the use of forest resources. This is unacceptable. We know the local government has resource constraints but we must understand that community forests are not like other businesses. And most of these user groups hardly make any money. Moreover, the federal government is levying taxes both on business transactions and the profit that is meant to be used in community development. We are not saying that user groups should be exempted from tax but there should be a limit to it. We are ready to pay the usual 15 per cent taxes.

In recent months, the government is terrorising user groups by asking them to furnish audit reports from the year since their formation to the present for the PAN (permanent account number). We must understand that most of these user groups ran unaudited for many years as they comprise of village folks without knowledge of accounting. How will they furnish the audit report for the years when auditing wasn’t mandatory?

How many user groups have to get registered for PAN? What will the ones without their past transactions audited do now?

Only a few user groups have been able to register so far. Most are still figuring out what to do. Now you cannot just tell user groups to present the audit report for years when there was hardly any auditing. We have been trying to explain this to the authorities, but no concrete steps have yet been taken. If laws prevent it, it should be changed. Creating such an unnecessary hassle will help neither the user groups nor the government.

Of late, some lawmakers and advocacy groups have been voicing support for the government takeover of community forests in the Chure belt and are calling for army mobilisation. What’s your take?

It is unacceptable. There may be some problems in the Chure belt, but entrusting community forest to the security force is not a right solution. The mobilisation of security forces would make the situation worse. The use of security forces in forest conservation has lost its significance. We all know the cost of deploying the Nepal Army. The restrictions on the use of natural resources and the pain inflicted on the local communities have been well documented. It shouldn’t be forgotten that the people have right over the use of natural resources. That right should be extended, not curtailed. And it’s a fact that community-managed forests are growing far better than forests under the control of Nepal Army. The result is there to see. We would strongly oppose any such measure.

How do you view the future of community forest?

There are some problems, but the community forest is proving effective in the transformation of our villages. It is not only conserving government forests but is also pulling millions of people out of poverty through sustainable use of resources. The revenue is being spent on local development and the support of disadvantaged communities. There is still immense potential. We hope that problems will be sorted out. Sooner or later the government will understand the usefulness of community forest. We have had similar problems in the past, but we were able to resolve those issues amicably. I hope the government will come up with necessary legislation to address our concerns.

A long-term, green solution to Kathmandu’s waste problem could be to adopt waste-to-energy technologies on a large, commercial scale. But can it be done?