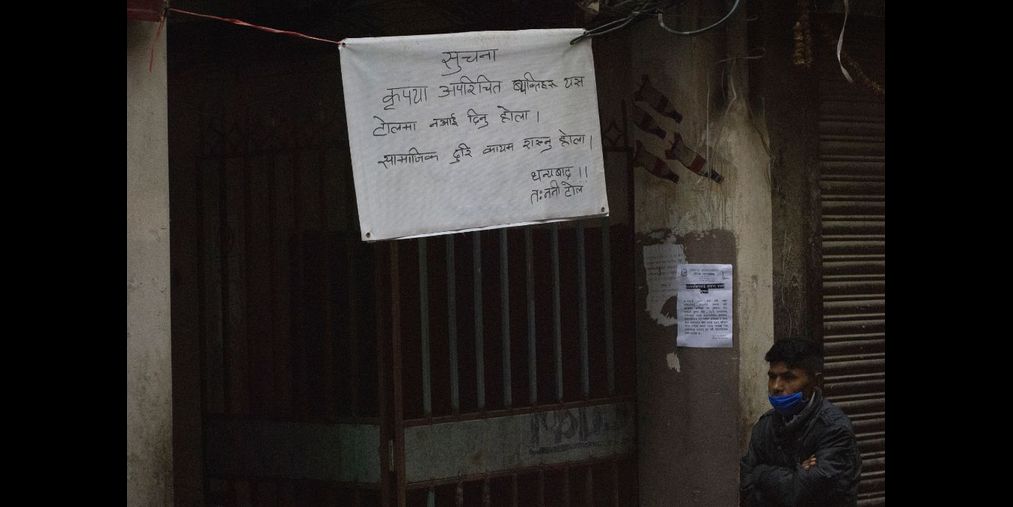 The total number of Covid19 cases in Nepal jumped to 134 on Monday with an additional 24 confirmations. Tests of swab samples found traces of the virus in 16 people in Kapilvastu, six in Rupandehi and one each in Bardiya and Saptari, according to the Ministry of Health and Population (MoHP).

With Monday’s confirmation, Province 5 tops the province-wise Covid-19 count for most patients. Local authorities have sealed the entire district of Kapilvastu and started collecting swab samples from all those considered susceptible to the deadly virus.

Over 10 percent budget for health sector

Members of the National Assembly have asked the government to allocate more than ten percent of the national budget to health sectors. Putting forth their views on the Principles and Priorities of Appropriation Bill (excluding the tax proposal) on Monday, NA members said that health should be the government’s main priority, while calling for effective programmes and policies to tackle other pressing issues like unemployment.

“The budget should include special plans and policies for increasing employment and domestic production, while giving due attention to health and education,” NA member Narayan Kaji Shrestha said.

Other lawmakers, including Jitendra Narayan Dev and Beduram Bhusal, also stressed on the need to prioritise health and employment in the upcoming budget.

China handed over 40,000 PCR test kits and other medical equipment on Monday to aid Nepal in its combat against Covid-19 pandemic. China’s ambassador to Nepal Hou Yanqi handed over medical supplies to Health Minister Bhanubhakta Dhakal during a programme organised at MoHP on Monday.

“It's a great pleasure to attend the Handover Ceremony for China Aid Medical Materials to Nepal with Hon. @dhbhanu Actions speak louder than words! #ChinaNepalSolidarity is not just words but actions taken by the two peoples. Let's win the final victory against the pandemic!” Yanqi tweeted later in the day.

China’s first set of medical aid to Nepal arrived in Kathmandu on Saturday, the first in a series of assistance promised by the Chinese government, although various regional governments and Chinese charities such as the Jack Ma Foundation have already provided medical materials such as Covid19 test kits in the past. Nepal has relied heavily on aid received from various governments and INGOs while the Covid19 medical procurement process remains entangled in bureaucratic red tape.

On Monday, Nepali Congress MP Gagan Thapa filed a motion for adjournment on a matter of public importance over the reparation and relief of Nepali migrant workers stranded in various work destination countries. Backed by two other lawmakers, the motion seeks to mount pressure on the government to evacuate stranded workers.

Exact data is unavailable, but some estimates suggest that more than 100,000 Nepali migrants may be in need of immediate repatriation, mainly from India, the Gulf and Malaysia. An estimated three million people are believed to be working in more than 110 countries across the globe.

Nepali migrants stuck in India and beyond have been pleading with the government to repatriate them. The Oli government, however, has shown reluctance in repatriating workers out of fears of a Covid-19 spread, despite a ruling from the Supreme Court and repeated appeals from the National Human Rights Commission to evacuate those willing to return home.

Major streets in Kathmandu have started facing traffic jams with the resumption of essential services. In accordance with the government’s decision, firms providing 44 types of essential services like banking and frontline government services resumed on Sunday. The traffic police has introduced a time card system, allowing the use of vehicles between 9 to 10 am and 5 to 6 pm. Bhim Prasad Dhakal, spokesperson for the Metropolitan Traffic Police Division, said that his office was thinking of other measures to curb traffic jams, while reducing the risk of a possible spread of the virus.

After remaining deserted for nearly two months, the streets of Kathmandu are coming back to life with the partial opening, while small businesses and candy stores have also started to open throughout the day.

Gyawali, a nephrologist at the Tribhuvan University Teaching Hospital, was involved in the recent kidney transplant surgery of Prime Minister KP Sharma Oli.

The Secretary of Health and Population, Yadav Prasad Koirala, has defended the now annulled agreement to procure medical supplies through Omni Group, saying that the first installment of medical material delivered by the agent during the early phase of the pandemic had been instrumental in conducting necessary testing.

“The medical material brought by Omni saved many lives,” Koirala told parliamentarians during a meeting of the State Management and Good Governance Committee of the parliament. He further claimed that the government had paid only 14 percent more than the regular price.

Following protests over alleged corruption in March, the government had annulled its contract with Omni Group after its delivery of the first installment, citing delays in the delivery of pledged goods.

According to media reports, the government was paying at least three times more than the actual price to Omni Group, a private firm close to Baluwatar and with interests in numerous government tenders, to procure kits from China.

A photo story on the history of women's rights activism

For the people living besides the Bagmati in Teku, every year the monsoon brings much devastation. And as local authorities do little to help, residents have no one to turn to but themselves.