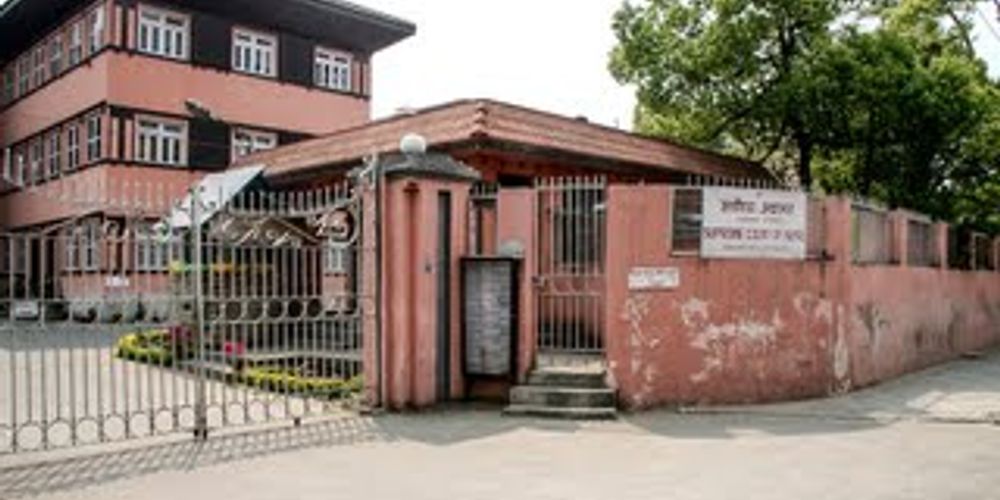 For the three former Nepal Police chiefs accused of embezzlement in the 2011 “Sudan scam,” it has become a routine: they come to the Supreme Court, wait for a few hours, and return home, dejected by yet another postponement. In the last three years the Supreme Court has fixed the hearing date for their trial 16 times and canceled each without reason, raising doubts over the court’s independence and willingness to tackle corruption.

When asked why the court could not prioritize a corruption case of such high public concern, both the court administration and the government’s legal advisor repeatedly blamed an “acute shortage” of justices at the court. “Other important cases also remain unsettled,” said Nahakul Subedi, the Supreme Court spokesperson.

To address this shortage, the court added 11 new justices to the bench in early August. However, Supreme Court regulations do not require a full bench to hear corruption cases. Though the court is required to prioritize cases concerning women, the elderly, and prisoners, there is nothing in the regulations that would have prevented a hearing.

The curious case of the Hon’ble Court’s disinterest

In 2011, the Commission for the Investigation of Abuse of Authority (CIAA), commonly known as Akhtiyar, filed corruption charges against ­34 police officials, including two retired and one sitting police chief, and two suppliers. They were accused of embezzling 290 million rupees out of 445 million allocated by Nepal Police headquarters for the logistical expenses of police personnel deployed in Darfur, Sudan as part of the UN peacekeeping mission. The Akhtiyar alleged that the accused had conspired to purchase obsolete armored personnel carriers (APCs) and pocket the remaining budget.

Public prosecutors who previously handled the Sudan scam blame the past chief justices for the delays in delivering verdicts on high-profile corruption cases like this one. Four chief justices—Khil Raj Regmi, Damodar Prasad Sharma, Ram Kumar Prasad Shah, and Kalyan Shrestha—have each assumed leadership of the court and retired since the Sudan case first came before the court. None of them expedited the hearing, including Kalyan Shrestha, who was widely lauded in the media for being tough on corruption.

“It’s not clear why none of the chief justices who led the judiciary after Ram Prasad Shrestha [who prosecuted long-pending corruption cases involving senior politicians] showed any interest in tackling corruption cases,” said Gauri Bahadur Karki, former chair of the Special Court, which heard the case in 2011. The Special Court was created with the intention of expediting corruption cases brought by the Akhtiyar, and in 2012 Karki and the two other judges on the bench acquitted most of the officials dragged into Sudan scam, arguing that they had been compelled to sign off on the deal. The court convicted three inspectors general—Om Bikram Rana, Hem Bahadur Gurung and Ramesh Chanda Thakuri—and two suppliers—Michel Rider of London-based Assured Risks and his local contractor, Shambhu Bharati. When the defendants decided to appeal, the case went to the Supreme Court, where it has languished since.

The long shadow of partisan politics

The Akhtiyar investigation was not without shortcomings. Notably, no politicians or bureaucrats were investigated even though the APC deal could likely not have taken place without the knowledge of government officials. The Nepal Police Welfare Fund, which was used to purchase the APCs, is overseen by the Nepal Police, which falls under the jurisdiction of the Ministry of Home Affairs. Many believe the release of such a large sum of money could not have been possible without the minister and secretary being informed.

A parliamentary probe committee led by a UML lawmaker admitted that “even the then political and administrative leadership” had a role in the scam, and urged the Akhtiyar to investigate this aspect of the matter. Nepali Congress leader Krishna Sitaula was home minister when the controversial procurement began, and payments for the APCs were released when CPN-UML leader Bam Dev Gautam and his successor Bhim Rawal later headed the Home Ministry. Despite that, Gautam was again appointed home minister, and Rawal became both a deputy prime minister and minister of defence, while Sitaula remains a powerful figure in Nepali politics. Umesh Mainali and his successor, Govind Kusum, were home secretaries during the period of the scam. They are now serving as chair and member of the Public Service Commission respectively.

Moreover, after the corruption case was filed at the Special Court, the accused released emails showing the involvement of Rubel Choudhary, son-in-law of the Nepali Congress leader Sujata Koirala, in awarding the APC purchase contract to Assured Risks.

Choudhary, a Bangladeshi national, had been previously implicated in a telecommunication racketeering scandal involving VoIP (Voice over Internet Protocol) in Nepal. He left Nepal when the case was filed. The home administration under Maoist leader Krishna Bahadur Mahara did not place him under any kind of surveillance despite media reports of his involvement.

The Akhtiyar and the Accused

Former chief of the Akhtiyar, Surya Nath Upadhyay, blamed the commission for not daring to investigate politicians and bureaucrats. At the time of the investigation, the CIAA had no commissioner and was led by a government secretary, Bhagwati Kumar Kafle.

Upadhyay reckons that the Akhtiyar was deliberately left without commissioners for years, weakening the institution as punishment for going after corrupt politicians during his tenure from 2001 to 2006. It stayed a “toothless tiger” until the current commissioners were appointed in May 2013.

Meanwhile, the delays in the Sudan trial have cast a shadow over the lives of the accused police officials. Those acquitted by the Special Court have already returned to work. But those found guilty have appealed to the Supreme Court and have been waiting three years for a verdict on their appeal. As one retired police chief put it, they are passing their days “under pressure.”

Even the officials who were acquitted live in fear of the Supreme Court eventually overruling the Special Court’s order and finding them guilty—the verdict sought by the Akhtiyar.

“The delays have shattered my post-retirement plans and it’s hard to get a job,” said the former police chief, who did not want to disclose his name for fear that it might displease the Supreme Court. “It is humiliating. We have been tainted as corrupt. If the cases were settled in time, even if we were found guilty we would’ve completed our sentence by now.”

In April, Sushila Karki assumed control of the court as Nepal’s first female chief justice. She is known for her bold stance against corruption, but court insiders are skeptical that the case will be settled before the end of her term in June 2017.

Cover photo: The Sudan case has been stalled at the Supreme Court for three years. Erik Törner/Flickr. Republished under CC license BY-NC-SA 2.0.