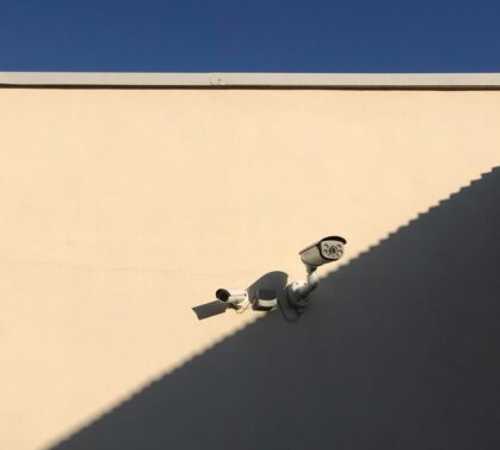 Sometime in early 2019, Prime Minister KP Sharma Oli said something during a meeting with Cabinet ministers, high ranking Nepal Army officials, and the chief secretary that deeply disturbed many of those present.

“I am keeping a record of everything. You are all being watched. Your activities are being closely monitored,” Oli ominously said, according to a former Cabinet minister who was present at the meeting.

More than a year later, Oli repeated his menacing warning. On June 6, 2020, at a Cabinet meeting, Oli once again reminded his ministers that they were all being monitored, allegedly for passing on sensitive information to foreign embassies in Kathmandu, according to two former Cabinet ministers.

“Don't forget that there is also a law that allows the tapping of phone conversations. Even ministers are not immune,” Oli reportedly said, before asking ministers to not divulge any sensitive information to the press.

Word spread quickly in the corridors of power at Singha Durbar that the prime minister could be tapping their phone calls. Since then, several politicians and top bureaucrats have stopped talking about important matters over the phone. Journalists too are now often invited to meet in person and discuss issues rather than speaking over the phone.

Fears that the Oli administration could be surreptitiously tapping phones received much more credence on December 29, when Barsha Man Pun, who had just resigned as Minister for Energy, openly alleged that Oli was illegally listening in on the conversations of his rivals in the ruling Nepal Communist Party and leaders of the opposition.

“Leaders cannot talk freely over the phone because their phones are being tapped,” Pun said at a programme in Rolpa organised to protest Oli’s December 20 dissolution of the federal parliament.

Speaking to The Record on Tuesday -- ironically over the phone -- Pun reiterated his claims, saying that the prime minister was misusing his power to place political opponents under mass surveillance. He did not provide any more details.

“It's something that everybody knows. They might not speak about it but everyone in an important position knows that their phones are being tapped. In fact, nobody talks about important matters over the phone these days,” Pun told The Record over the phone. “Everyone is afraid that somebody might be listening to their conversation.”

Oli’s aides have dismissed Pun’s allegations, saying that the former energy minister was only trying to score a political point. In an interview with BBC Nepali, Surya Thapa, the prime minister’s press advisor, said that phone tapping was not in practice in Nepal.

Still others have accused Pun of double standards, as he himself was a member of the Oli Cabinet that signed off on the proposed Special Service Bill, a new law that would, among other measures, allow security agencies to tap anyone’s phones without first requiring a court order. The bill, which was approved by the Upper House in May 2020, was awaiting discussion at the House of Representatives when Oli dissolved the Parliament.

When asked about his support for the bill, Pun said that he is not against surveillance, but said that it should be conducted within a legal framework.

“I am not completely against phone tapping. All governments around the world do it. All I am saying is that it should be done within a legal framework, with due permission from the court,” he said.

But the bill has attracted most controversy for Article 10, which broadly allows security agencies to collect personal information from private citizens, including conversations, video, and digital communication, over any means of communication, including social media. Article 10 (2) further allows any investigating official to collect this information simply upon approval from the chief of the investigating organisation -- not a court of law.

Along with the Media Council and the Information Technology bills, many free speech advocates have flagged the Special Service bill as yet another attempt by the Oli government to stifle free expression and engender an environment of fear.

Surveillance, however, has always been a crucial characteristic of the Nepali state. During the despotic Rana regime, surveillance was almost total, and later, during King Mahendra’s autocratic Panchayat, spies and informants were everywhere. But even the advent of democracy did not put an end to state scrutiny of its citizens. Allegations of the surveillance of political leaders have been made consistently since the late 1990s, when leaders and top bureaucrats accused the monarchy of spying on them.

“In third world countries with little regard for laws and regulations like ours, there is always a danger that such powers will be misused to target political opponents and dissidents,” said Rajendra Singh Bhandari, a former deputy inspector general of the Nepal Police. Bhandari was involved in the formulation of draft laws that allow the use of surveillance to fight organised crime.

“But it’s equally important for the state to empower its agencies with powers of surveillance in order to fight organised crime, terrorism and acts of treason,” he said.

More recently, in 2016, one of the clauses in a parliamentary motion to impeach Lokman Singh Karki, chief of the Commission to Investigate the Abuse of Authority, was that he had spied on political leaders and security chiefs.

Karki is alleged to have set up a sophisticated surveillance system to tap phone calls, personally recruiting trained officers from the Nepal Police. But little is known about the security agencies’ surveillance capabilities, let alone that of diplomatic embassies, foreign agents, or even private actors.

There are indications, however, that surveillance is much more ubiquitous than many would believe, especially when it involves powerful individuals and high political stakes. High-profile “leaks” of private conversations, usually catching individuals in compromising situations, have emerged at opportune political moments. In 2013, a tape was leaked where a voice alleging to be senior Maoist politician Krishna Bahadur Mahara can be heard asking for NRs 500 million in return for horsetrading Members of Parliament.

Again, in 2020, communication minister Gokul Baskota was forced to resign after a tape of him negotiating a NRs 700 million bribe was leaked.

Neither cases were ever investigated.

“The leaked phone conversations suggest that such practices are widespread. Their real extent might never be known,” said Bhandari.

Bhandari says that surveillance has only increased with the development of better technology for cheaper prices. The Nepal Police alone plans to put up 21,000 CCTV cameras in the Kathmandu Valley over the next four years.

While CCTV cameras on the streets have some arguable benefits, especially in resolving traffic disputes, other forms of surveillance, like phone tapping, are much more insidious and problematic. Under existing laws, the Narcotics (Control) Act and the Prevention of Organised Crime Act allows investigators to intercept and listen in on the phone calls of suspected individuals or organisations, only after permission from the courts. The constitutional right to privacy has so far prevented private citizens from being surveilled without prior permission. But the Special Service bill could soon change that.

“The proposed bill not only breaches an individual’s fundamental rights but also makes them vulnerable to undue pressure,” said Om Prakash Aryal, a constitutional lawyer. “Permission from the court should be mandatory for investigators to place anyone under surveillance.”