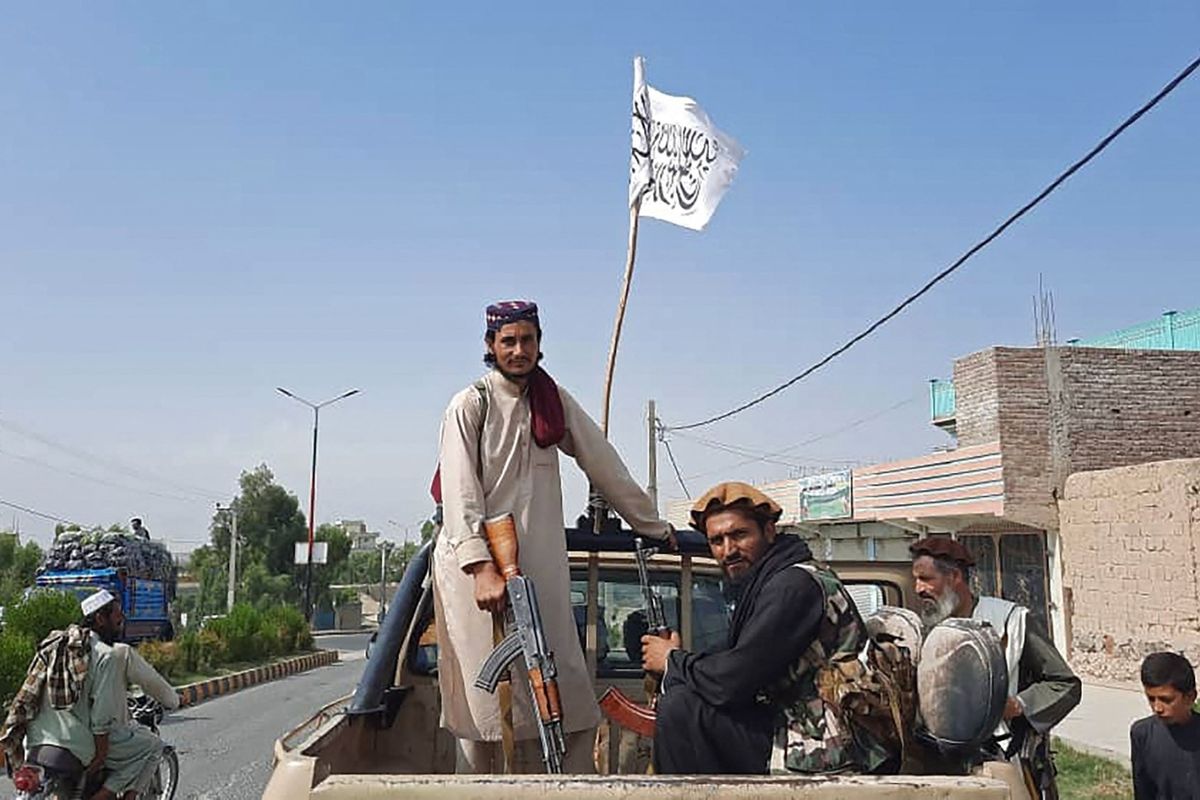 Abdul Qudos Amini left Afghanistan around a month ago. After learning of the United States’ decision to pull out of Afghanistan completely, his mother insisted that Amini leave as soon as possible. As someone who had worked with foreigners, he was likely to become a target for the incoming Taliban.

Amini managed to get out of the country and is now in the Turkish capital of Ankara. But his mother, wife, and two infant children remain in Kabul and he is worried sick.

“I call them every few minutes and tell them to stay inside and not go out,” 27-year-old Amini told The Record over the phone from Ankara. “The situation on the ground is very bad.”

For Afghans like Amini, fear and confusion prevail, as they do not know what is going to happen next. There are also thousands of foreign citizens, including Nepalis, in Afghanistan who are also just as worried and scared. There doesn’t seem to be a proper plan for the Afghans nor for citizens of other countries like Nepal.

On Sunday, as Afghan President Ashraf Ghani fled the country and the Taliban entered Kabul, chaos descended the city’s streets. There is widespread looting as thieves purporting to be Taliban roam the streets of Kabul, according to Amini. He is doubly afraid for his mother since she was once a candidate for Parliament in Jowzjan province and is fairly well-known. Amini is also from the Uzbek ethnicity and he knows how the Taliban, who are mostly Pashtuns, treat ethnic minorities.

“A few weeks ago in Kandahar, they [the Taliban] did not do anything for one week but after that, they took one person from each house and shot them,” said Amini. “So no, I don’t trust the Taliban when they say that they will be peaceful.”

Suhail Shaheen, a spokesperson for the Taliban, told the BBC on Sunday that there would be no violence.

"We assure the people in Afghanistan, particularly in the city of Kabul, that their properties, their lives are safe — there will be no revenge on anyone," Shaheen told the BBC. "We are the servants of the people and of this country."

Even if the Taliban commit to peace in the short term, it is only because all eyes are currently on Afghanistan, said a Nepali aid worker who worked for many years in Afghanistan.

“Who is going to stop them if they don’t keep their word?” they said, choosing anonymity.

According to the aid worker, the Taliban have been playing the long game. There was never a time when the Taliban were not active in Afghanistan. Even at the height of the NATO presence in the country, the Taliban still controlled rural pockets. They were just waiting for the NATO forces to leave, they said.

“Most of the young people in Afghanistan grew up under NATO when basic services like water, electricity, banks, and schools were operational. They have no experience of Taliban rule. But their parents do and they are bracing for the worst because they remember what Kabul was like when it was a battleground,” said the aid worker.

Recent images have emerged of thousands of Afghans attempting to board flights to leave the country, with horrifying footage of people hanging on to the outside of an American plane and then falling to their deaths. But there are no commercial flights available and most land borders have been closed. According to Amini, some wealthier Afghans have managed to leave the country by paying over $4,000 for a visa on the black market, but for most others, this is not a viable option. 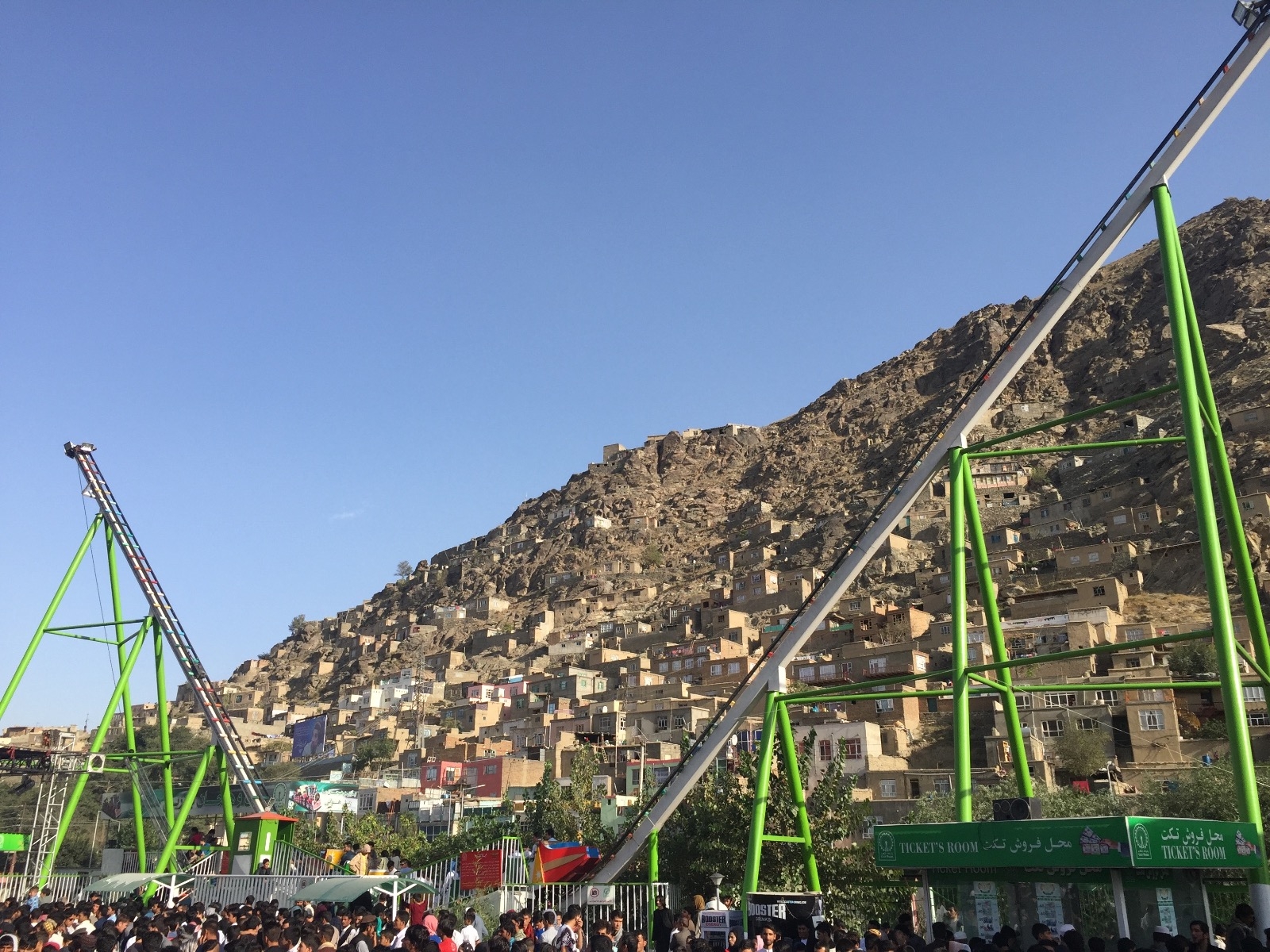 For the thousands of foreign citizens in the country too, this is a tense time. While many western countries are working to evacuate their citizens, many Nepalis have been left behind. According to one report, at least 100 Nepalis working as security guards for the Canadian embassy have been left behind. Casual estimates place the number of Nepalis working in Afghanistan at over 10,000. They work mostly as security guards, cooks, and cleaners for western embassies and international organizations like the UN.

It is unclear what the Nepal government is currently doing to bring these Nepalis home. The Record’s attempts to reach Foreign Secretary Bharat Raj Paudyal and Foreign Ministry Spokesperson Sewa Lamsal over the phone were unsuccessful. Both Paudyal and Lamsal are former Nepali ambassadors to Pakistan, which is also mandated to look after Afghanistan.

The Foreign Ministry has created an online registration portal for Nepalis in Afghanistan seeking repatriation and is formally asking “the United Nations, the United Kingdom, Canada, Germany, the European Union, Japan, and the United Nations to immediately rescue and repatriate Nepalis working in diplomatic missions and international organizations in Kabul.” The Nepali Embassy in New Delhi is reportedly coordinating the rescue response.

While Nepali citizens in Afghanistan wait in limbo for any rescue that might be incoming, Afghan citizens, especially women, have few places that they can turn to.

“It is going to be bad for everyone but it will be unbearable for women,” they said.

Sadia Quereshi is extremely worried for her family back home. Her parents, four sisters, and two brothers are all in Kabul right now, staying at home as they're too afraid of the unrest unfolding outside.

"They are thinking of leaving too, but everything is in complete chaos right now that I don't think that's possible,” said 29-year-old Quereshi, who has been living in Australia since 2017. “As government offices are all shut, passports can't be issued. But everyone is heading to the airport just in the hope to get away while they can. There's nowhere people can go. It is unbelievable what is happening right now in Kabul, and there's nothing I can do to ensure my family's safety.”

For the Afghans, this situation was a long time coming. They knew that America and NATO were eventually going to leave and it would only be a matter of time before the Taliban reclaimed the country. They had thought it would take a month or so at least, but it happened in a matter of days.

“I blame the Afghan government. We had 300,000 soldiers and hundreds of tanks and helicopters. But 10-20,000 Taliban on motorcycles with Kalashnikovs managed to defeat them. How is this possible? There was a deal between the Afghan government and the Taliban,” said Amini. “But I also blame the west. They just left everything. What happened to the strategic agreement signed by Obama in 2014 for 10 years? What happened to that? Why did they talk about human rights and women’s rights and then leave us like this?”

“Citizens of the US and Canada are leaving through their embassies, but the people of Afghanistan have nowhere to turn to. I feel sorry for the state my country is in right now. Everyone is fearful of what the future holds,” she said.

The world’s attention might be on Afghanistan right now but it might not be for long, says the aid worker.

“The public and the powers that be are all suffering from Afghanistan fatigue,” they said.

It’s been 20 years since the US and NATO entered Afghanistan, leading to a mass refugee crisis. They are all tired of hearing about Afghanistan.

“No one has the time for Afghans anymore,” said the aid worker.

There have been numerous protests across the United States and lobbying efforts are ongoing, but there are few realistic outcomes. The US is not going to go back into Afghanistan but lobbying is placing pressure on US senators and congressmen to assist Afghanistan.

“We are asking that the US immediately begin processing SI [Special Immigrant] and P2 [Priority 2] visas for Afghans,” said Afghan-American commentator Layma Tabibi. “The problem is that all the embassy staff have been airlifted out so no one is processing visas.”

According to Tabibi, there is also lobbying underway to open up US borders to refugees and ensure that humanitarian aid continues to flow into Afghanistan.

Like many in the Afghan diaspora, Tabibi was not very optimistic about the Biden administration’s response but the escalation in media attention has now put pressure to act. Unfortunately, the US response has been largely knee-jerk and aimed at protecting their own citizens while abandoning the thousands of Afghans who helped and supported them, said Tabibi. In the most recent and horrifying instance, at least three Afghans were shot and killed at Kabul airport, allegedly by US soldiers. While US Marines are reported to have fired warning shots, there has been no confirmation that anyone died from the firing. But Tabibi believes that American soldiers are responsible.

“I’m just going to say it: the US killed three people at the airport,” she said.

“As much as we blame the west, South Asia too has to open its doors,” they said. “Nepal itself could take at least 5,000 or so refugees.”