The Nepalis in America’s wars

The Nepalis in America’s wars

Today is Veteran’s Day in the US, but Nepali contractors who work for the US war effort remain under-appreciated and underpaid. 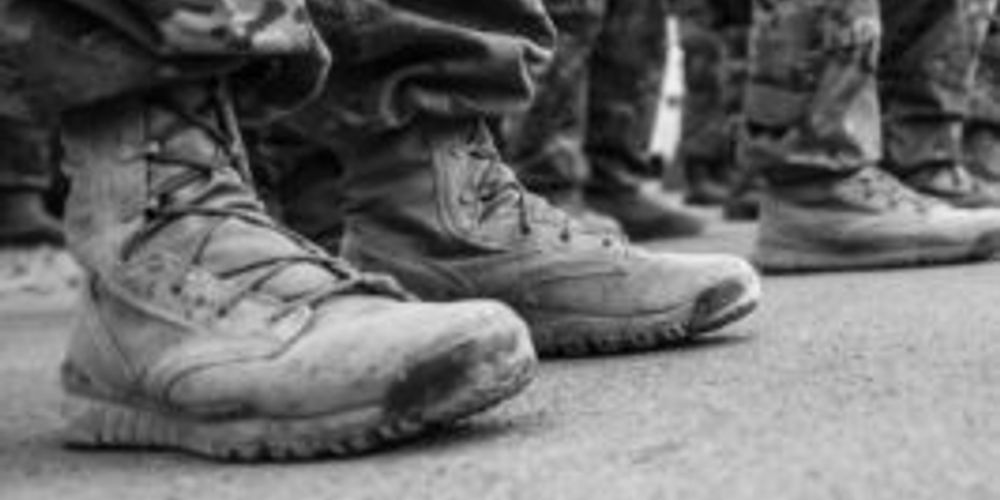 On January 14, 2019, Taliban fighters blew a hole in the perimeter wall of Green Village, a high-security compound on the outskirts of Kabul that housed the offices of a USAID project, several United Nations agencies, and other bilateral donors. The sound was deafening, and dust from the explosion soon filled the air.

Prakash KC, a Nepali from Butwal who was Deputy Security Manager for the compound, knew what was coming next. Taliban fighters had already attacked Green Village three times in the previous eleven years that he had worked there. Each time, they attempted to use the poor visibility from the dust as cover to enter the compound, open fire, and detonate explosive suicide vests.

Within seconds, KC did a head count and found one of his men posted closest to the blast site was missing. Exiting his observation tower, KC climbed inside an armored vehicle, turned on the headlights, and drove into the dust cloud. He found the guard, pulled him into the vehicle, and drove back to safety before the Taliban entered.

“If I was one minute later, he probably would have been lost,” says KC.

Others were not so lucky. Janak KC, from Putha Uttarganga Gaunpalika in Rukum (no relation to Prakash), carried an injured Indian telecommunications worker from the blast site to the compound’s clinic, but she died within minutes from internal bleeding. “It was very sad,” says Janak. “Even though we tried very hard, we couldn’t save her.”

Prakash and Janak are two among thousands of Nepalis who have worked in Afghanistan and Iraq since the American invasions in 2001 and 2003, respectively. Nepalis are among scores of other nationalities who have contributed to the American war effort as contractors. These individuals work for private companies that guard, supply, and manage American and allies’ facilities in war zones. According to Noah Coburn, author of Under Contract (Stanford University Press, 2018), “more countries were involved in the war in Afghanistan than had been involved in World War II,” because of participation by so-called “third-country national” contractors, or TCNs, like Nepalis.

Despite their contributions, these contractors are often excluded from popular narratives about Iraq and Afghanistan. Each year, Americans observe November 11 as Veterans Day, honoring current and former soldiers in the various branches of the US military. American military personnel take serious risks at war, and the American government does not always treat veterans fairly, as a 2014 scandal in the veterans’ healthcare system showed. However, third-country contractors also risk their lives, often for far less pay and without the benefits that their American military counterparts receive. There is no official American holiday to honor private military contractors like Janak KC and Prakash KC.

Private contracting is central to modern American wars. In 1992, following the first Gulf War, the US military launched the Logistics Civil Augmentation Program (LOGCAP), which privatized most aspects of managing its bases across the world. The first LOGCAP contract was awarded to Brown and Root, a politically well-connected firm with ties to former Vice President Dick Cheney. Today, the LOGCAP contract is split between Kellogg Brown and Root (the company’s new name), DynCorp, and Fluor Corporation.

These companies provide bases with everything from security to fuel, water, electricity, clean laundry, and food. They sub-contract with various American and non-American entities that employ guards, electricians, engineers, kitchen staff, plumbers, laundry room workers, and others who do work traditionally performed by military personnel. While the guards are not paid to attack the enemy, they do provide security for bases, personnel, and convoys—work that sometimes entails being attacked and exchanging fire. In addition, the US and its allies depend on contractors to help run and protect off-base facilities like Green Village.

According to Cam Simpson, author of The Girl from Kathmandu (HarperCollins, 2018), in World War I there was one private contractor for every seven deployed American soldiers. But by the time the US invaded Iraq in 2003, there was one contractor for every 2.5 soldiers, and by 2006, contractors outnumbered US troops. Similarly, according to Coburn, the US has deployed more contractors than soldiers in Afghanistan over the past decade. Contractors suffer significant casualties; their deaths outnumbered American soldiers’ in Iraq in 2009, and in Afghanistan in 2011.

Media reports—like this sensationalist Vice News video—often portray private military contractors as hired guns from the US or other Western countries, out to strike it rich in war zones. But this is mostly incorrect. The majority of individual contractors are from Eastern Europe, Africa, and Asia. Security companies often recruit Nepalis for their reputation for bravery — they have for centuries served in the British and Indian Armies’ Gurkha Regiments —but also because they are cheap. Entry-level Nepali guards at Green Village make $1,000 per month, according to documents provided by Prakash KC. This is just a fraction of what a junior American soldier deployed in Afghanistan can expect to earn in base pay and allowances, not to mention American soldiers’ long-term healthcare, educational, and other benefits.

Given the dismal state of the Nepal’s domestic economy, though, this pay can be attractive.

Janak Bhandari, from Dolakha District, left the Nepal Army to work in Iraq in 2006. He began with a British company, guarding convoys of goods traveling all around the country. The US military would provide air support, but on the ground, it was just contractors like him.

“My company only got paid when the goods were delivered, so we had to take more risks than the US Army would,” says Bhandari. After about nine months on the job, the lead vehicle in his convoy was hit by an improvised explosive device, killing three of his Nepali colleagues. After that, Bhandari decided to seek new work in what is called static security, guarding bases or other compounds. This paid less, but it was safer.

Bhandari says that income from 10 years in Iraq and Afghanistan made a big difference in his life. “I couldn’t have educated my sons like I did if I hadn’t gone to Iraq and Afghanistan,” he says. One of his sons is now an engineer in Kathmandu; the other is studying in Australia.

However, others fare much worse. Many Nepalis have died in Iraq and Afghanistan, although the exact number is difficult to determine because not all deaths are reported and because the US government tabulates reported deaths by location, rather than by nationality of the deceased.

Also Read: The cost of British Recruitment on Nepali youth

When injuries or deaths happen, stark disparities emerge between American soldiers and third-country contractors. The families of American soldiers killed in combat are usually entitled to about half a million dollars from the death gratuity and insurance payout, in addition to monthly support for the rest of their lives. While American law does require government contractors and sub-contractors to compensate employees for injuries or deaths, the compensation is based on their salary. Because TCNs’ salaries are lower, they usually receive far less than their American counterparts. What is more, Nepalis and other contractors from poor countries often lack awareness about their rights, and their employers neglect to report their deaths and injuries to the US government.

Matthew Handley, an American lawyer who represented the families of the Nepalis infamously murdered on video in Iraq in 2004, says that employers often deny compensation to the families of the deceased, or pay them far less than required. The US Department of Labor rarely audits contractors to make sure they are reporting correctly and compensating workers. The more layers of sub-contracting between the US government and workers on the ground, the more common the abuse.

“These companies think that can get away with not compensating injured or killed workers and save yet another amount of money that goes into their profits,” says Handley.

Despite differences in pay, many Nepali contractors and American troops feel a close bond with one another.

Shankar Shrestha, from Sukhedhara, Kathmandu, led a group of several hundred Nepali guards for a private contractor, Shield Security, at Bagram Airbase in Afghanistan from 2011 to 2015.

He says he felt respected by the American soldiers there. “Even generals would respect the low-level guys,” he says. “When standing in line in the dining hall, no one was more important than anyone else. When at work there was a hierarchy, but off-duty, everyone was equal. It’s not like that in Nepal.”

After devastating earthquakes struck Nepal in 2015, a US Army colonel lent Shrestha a cell phone to call home, since Nepalis were not allowed to carry mobile devices on the base. Another time, Shrestha’s friend Sergeant First Class Jose Rodriguez helped Shrestha get medical treatment for an ear infection from an Army doctor, even though he was not technically entitled to treatment at the Army clinic.

Rodriguez, who now serves at Fort Sill, Oklahoma in the US, says that when his American platoon received care packages from US charities on Christmas, he shared extras with his Nepali counterparts. At lunch, the Nepalis would give him chilli peppers from Nepal, which reminded Rodriguez of food back home in Puerto Rico.

“I took care of them like family, because that’s how I treat my soldiers,” says Rodriguez. “They were contractors, not military like us, but I treated them like they’re regular soldiers. I called them my Gurkhas. There are no better soldiers. They never backed up, they never said no.”

Before Rodriguez left Bagram, he presented Shrestha with a certificate of appreciation. The Nepalis presented Rodriguez with a Gurkha-style beret, with a pin of a Nepali flag and two crossed khukuri knives. “You’re an honorary Gurkha now,” they told him.