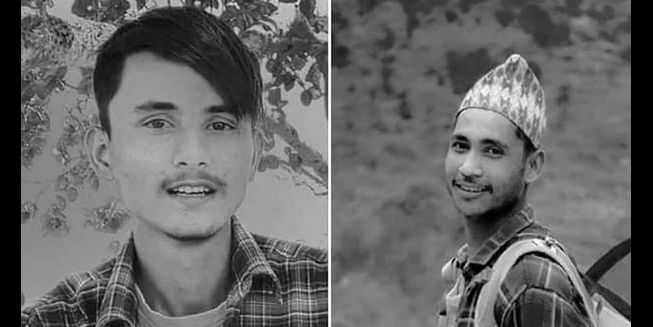 Prime Minister KP Sharma Oli maintained a conspicuous silence on the Rukum lynching while expressing his best wishes on the occasion of the National Day Against Untouchability on Wednesday. On this day in 2011, Nepal outlawed all forms of discrimination based on caste, at least on paper.

Issuing a statement, PM Oli said that the perpetrators of heinous incidents will be brought to justice, without mentioning the recent killings of Dalit men in Rukum as well as a Dalit girl in Rupendehi.

“I urge all individuals, families, societies and concerned bodies to be sensitive towards the protection of human rights of the victims of caste discrimination and to ending violence against them,” PM Oli said, while citing the need for structural changes in eliminating discrimnation based on caste. He, however, did not make any reference to the premeditated killing of six men from the hands of high caste villagers in west Rukum on May 23.

PM Oli’s awkward silence carries a deep significance, especially as a number of senior government officials, including his attorney general (AG), have been blaming the media for exaggerating the facts and spreading rumours about the incident. Addressing a parliamentary committee on Tuesday, AG Agni Kharel said, without going into details, that the investigations do not substantiate several reports that have come out in the media.

“I have been following social media, online news and other reports. I don't know whether the concerned people would object to these reports. The investigations have not  shown some things highlighted by the media, especially the kind of things that are related to people’s personal lives,” Kharel told a parliamentary committee. He added that he was committed to preventing any kind of influence intended to weaken the case.

While leaders of the ruling party said that Kharel may have referred to intricacies of relations between Nawaraj BK and his girlfriend, many others have seen it as an effort to whitewash what is essentially a crime against humanity.

Kharel’s remarks come amid reported attempts from leaders of the ruling parties to save the perpetrators and stop local journalists belonging to big media houses to cover the case. On Tuesday, Home Minister Ram Bahadur Thapa told the Parliamentary Committee on Law, Justice and Human Rights that the law alone was insufficient to eliminate such caste-based discrimination. Even the United States of America, the most powerful, prosperous, civilised and democractic country, has not been able to eliminate such discrimination, Thapa said.

Police have recovered all six dead bodies since the time they were thrown or forced to jump into a river to escape the attack after scores of villagers in Soti of western Rukum attacked 19 youths, mainly Dalits, on May 23. Another 13 men were injured during the attack.

On the same day, a 13-year-old Dalit girl—forcibly married to her alleged rapist from a dominant caste—was found hanging from a tree in Rupandehi.

There are two narratives on what led to the lynching. The victims claim that Nawaraj BK, one of the deceased, and 18 others from Jajarkot had gone to the village to escort his longtime girlfriend after getting a message from her. The alleged perpetrators, however, have claimed that Nawaraj and his friends had tried to abduct the girl.

Whatever the truth, the villagers then mercilessly beat the boys and threw many of them into the Bheri river. Some of the boys jumped into the river themselves.

“The mob kept hurling stones at the men even in the water,” inspector Hari Bahadur Oli, a local police officer privy to the investigation, told the Record. He said that the girl had asked Nawaraj to come with his friends.

The lynching has triggered a global outcry, with calls for fair and impartial investigation. The UN High Commissioner for Human Rights Michelle Bachelet expressed shock on Friday at the killing of the six men last week as well as several other incidents of caste-based discrimination and violence that have taken place during the Covid19 pandemic.

“It is distressing that caste-based prejudices remain deeply entrenched in our world in the 21st century, and I am filled with sadness for these two young people who held high hopes of building a life together despite the obstacles presented by their accident of birth,” Bachelet said in a recent statement.

Read also: Caste has been essential to the Nepali Hindu state

Speaking to the Record, Durga Kumari BK, a Nepal Communist Party lawmaker from Kaski, said that the perpetrators of the Rukum killings should be imprisoned for life.

“Dalit lawmakers as well as other social leaders from across the political spectrum are on the same page. We won't give up until the victims get  justice—not just the victims of the Rukum carnage, but also of other incidents ,” said BK.

Reading under the candlelight

A glimpse into the history of women's education