Less than 0.2 percent of our elected local reps are Tharu women. Read the first in an occasional series on women and political participation. 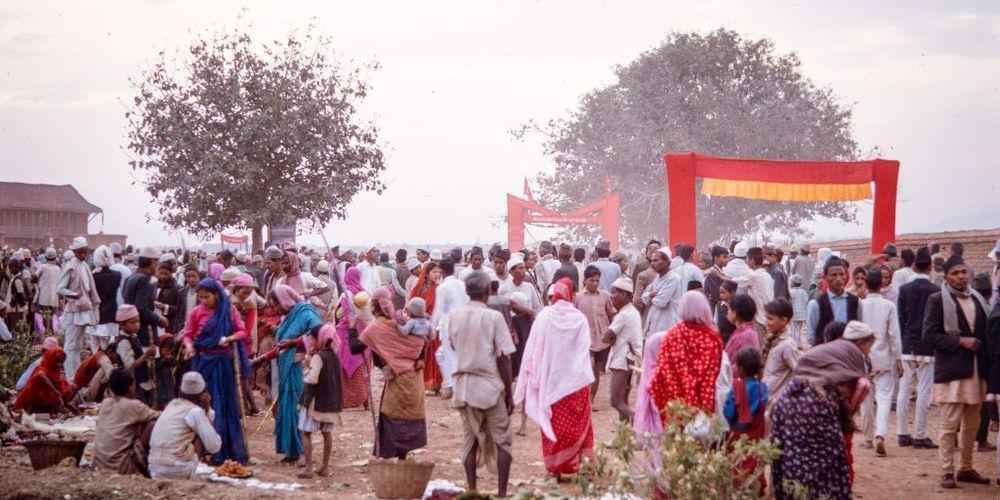 There has been a flowering of Tharu political consciousness and organisation in recent decades. But Tharu women are mostly confined to the domestic sphere or to farm work, and are not very visible leadership positions or public life in general.

Tharu men have various routes into public life and politics, most notbaly the Bhalmansa or Badhghar tradition, in which puruwas, Tharu villages, choose their leader through an election every January or February. Other positions integral to the functioning of Tharu villages, such as chirakiya (chaukidar), guruwa bhara, have also traditionally been occupied by men. Even public debates amongst village residents under the leadership of bhalmansas, and discussions in village development committees, all on issues that certainly impacted the lives of women, rarely, if ever, included the voices of women.

There is a general perception that Nepal’s indigenous women have historically been freer than their Khas-Arya counterparts. For instance, Tharu women don't have the burden of menstrual and other taboos, widows are not barred from marrying again, and even within the family, Tharu women have traditionally had a level of authority that many other Nepali women have not had. But Tharu women’s strength in the domestic sphere did not, until recently, translate into representation, participation or leadership in the public sphere.

This is now changing. Evolving social norms and the political gains made by gender rights activists -- particularly the constitutional provision reserving 33 percent of elected positions for women -- have created new avenues for women to rise in political parties. Aama Samuhas, or mothers’ groups, Ward Nagarik Manchas, or Ward Citizens’ Forums also allowed women to hone their skills as representatives.

Women have even become bhalmansas, breaching a bastion of patriarchy. Kailari gaunpalika of Kailali district has four women bhalmansas; Rajkumari Chaudhary, Jayashree Chaudhary, Sita Chaudhary and Phool Kumari Chaudhary were democratically elected by the residents of their respective villages as leaders. Kanchanpur's Bailari rural municipality has three: Ansuri Rana, Bindu Rana, and Gita Dagaura. Even in some freed Kamaiya settlements, sometimes thought of as more restrictive and marginalised than other Tharu communities, women have emerged as formidable leaders: Maya Chaudhary and Bimala Chaudhary are the tireless women representatives of Sadepani Asthanagar, Kailali and Basanta Tol, Dhangadi.

12 Tharu women are State Assembly members, and six are in the federal House of Representatives. There are no Tharu women in the National Assembly.

The women bhalmansas I have spoken to tell me that they have come to their positions because their fellow villagers trust, based on experience, that they will work in the public interest. Jonhapur bhalmansa Sita Chaudhary, and Khairana bhalmansa Gita Dagaura told me that it took them years of public service and participation in village politics and local elections to be elected ward representatives from the Nepali Congress and the Nepal Communist Party (NCP) respectively.

This trust was hard won, but is not unconditional and has to be reinforced. Khairana’s Ansuri Rana, for example, told me: “I only agreed to become a bhalmansa after people in my village confirmed to me that they would support me with my work even though I am a woman.” Sita Chaudhary from Jonhapur said, “There are supportive people, but it is also true that many are very critical of a woman in a leadership position.”

During the local elections of 2017, 48 female Tharu vice chairs were elected. That is, 0.14 per cent of Nepal’s 35,041 elected vice chairs are Tharu women. Tharus constitute 6.6 percent of Nepal’s population, according to the last census. [Read The Record for more on the gender breakdown of elected representatives.] 12 Tharu women are State Assembly members, and six are in the federal House of Representatives. There are no Tharu women in the National Assembly.

In part, these woefully low numbers are a reflection of how poorly Tharus in general are represented in the major political parties. In the Nepali Congress central committee, there are three Tharus; only one, Parwarta Disi Chaudhary, is a woman. The ruling Nepal Communist Party NCP has 19 Tharu central committee members, five of them women (Bhagwati Chaudhary, Ram Kumari Chaudhary, Rupa Chaudhary, Manju Chaudhary, and Shanta Chaudhary.)

At the district level, the NCP is led by Tharus in Kailali, Nawalparasi, Parsa, Bara, and Udayapur. Only in Kailali is a woman, Rupa Chaudhary, in charge. There are 11 Tharu NCP second-in-commands, three of them women.

These numbers are better than they used to be. Tharu women are not totally invisible in local and national level politics today. But those in politics need more support, and leaders, political parties and NGOS must resist the temptation to treat them as tokens. Political parties must include more women at every stage of their decision-making processes -- and activists should be working towards the next step, 33 percent of authority positions in political parties, too, reserved for women.

Indu Tharu  Indu Tharu is an activist and a researcher