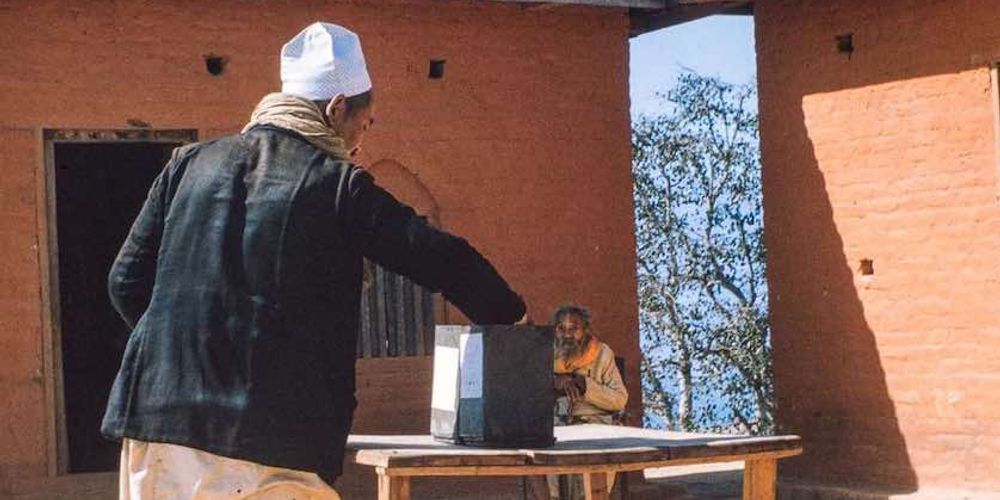 The political parties have chosen few Dalit candidates to head municipal and village councils, despite the constitutional principle of proportional inclusion and provisions in the parties’ own manifestos. It is mandatory that the municipal or village council includes at least one Dalit woman, but data on party nominations show few Dalits have been nominated for the top jobs—that of mayor in municipal councils and chairperson in village councils, and their deputies.

Kul Bahadur Gurung, former general secretary of the Nepali Congress, claimed that his party had encouraged Dalit leaders to run.

“Whether or not they will contest elections depends on their own abilities,” he said. “No one has barred them from holding any position in the party.”

Despite such near-zero figures on Dalit nominations, Yogesh Bhattarai, chief of the UML’s communications division, claimed that his party would ensure that the level of participation of the Dalit community is higher than that required by the constitution.

The Maoist Centre has fielded 455 candidates for the top jobs. Of them, only 3 Dalits are fighting for the mayor or chairperson’s position, and 9 for the post of deputy. These add up to about 3 percent of the total candidates.

Table: Dalit candidates in Province 3, 4, and 6 for mayor and chairperson of village council

Why do Dalits have such low representation despite their enormous contribution in the Maoist’s People’s War? Pampha Bhusal, spokesperson for the Maoist-Centre, said her party is “determined to increase Dalit participation above and beyond the inclusive principle, and to bring more Dalits on board compared to other political parties.”

Dalits make up more than 13 percent of Nepal’s population, according to the census, but Dalit NGOs claim they are undercounted.

Table: Dalit candidates for mayor, chairperson and their deputies in Province 4 and 6 only, where Dalits make up over 20 percent of the total population.

Explaining the lack of Dalit candidates, Ramlakhan Harijan, chairperson of the Dalit NGOs Federation, accused the parties of not fielding Dalit candidates under false pretexts.

Cover photo: Man casts vote in Panchayat election. 1964. Bhojpur. Voting was formalized, and each man walked to the table alone to cast his vote under the eye of local police. Very few lower caste people seemed to be voting. Larry Daloz.