Scrub typhus, with its similarities to Covid-19, is leading to confusion — and deaths

Scrub typhus, with its similarities to Covid-19, is leading to confusion — and deaths

Delays in seeking treatment due to the similarity of scrub typhus’ symptoms with Covid-19 are fast becoming fatal. 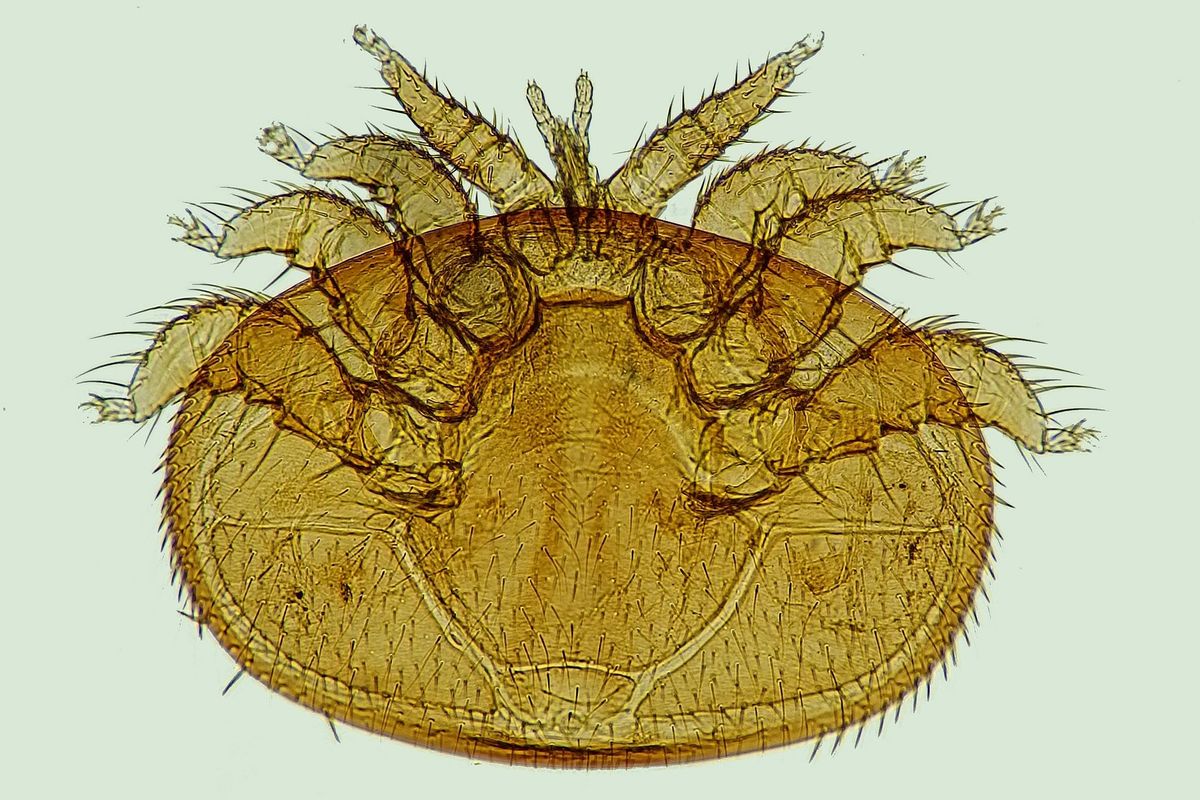 (Image by olivierlevoux from Pixabay)

Twelve-year-old Sabina Rasaili of Tilpung village in Ramechhap district was brought to the Dhulikhel Hospital in late August with a high fever, a headache and body aches. Initially, her family had taken her to a hospital in Manthali but were told that her condition had gotten too severe and she needed advanced medical care.

“We thought it was a normal flu when she first started getting sick, but it got worse after a few days,” said Rohit Parvate, Rasaili’s maternal uncle. “But by the time we arrived at Dhulikhel, it was too late.”

Rasaili died two days after being admitted to Dhulikhel Hospital. According to doctors, she had contracted scrub typhus.

Rasaili is one of seven children between the ages of 10 and 12 who’ve died in the past month-and-a-half from scrub typhus, said Dr. Anish Joshi, a pediatrician at the hospital. While adults are also susceptible to the disease, scrub typhus has a higher mortality rate among children, he said.

“This disease is easily cured with common antibiotics if treatment is given within 48 hours of infection. However, many people arrive at the hospital more than a week after infection, once the symptoms peak in severity,” said Dr. Joshi. “All of the seven deaths from scrub typhus resulted from late treatment.”

Scrub typhus is caused by the Orientia tsutsugamushi bacteria, which is present in infected mites and spreads through their bites. These mites migrate from one place to another on the backs of mice. They lay their eggs in soil where the larvae hatch and reside in wet bushes. Humans walking through those bushes can be bitten by the mite larvae and contract the disease, which is thus also called ‘bush typhus’. These mites are especially prevalent during the rainy season and in flood-prone regions.

Due to the nature of the disease and lack of late-stage cures, once the disease spreads and reaches the heart, brain, or nervous system, there is little doctors can do. According to Dr. Joshi, patients die from septic shock and organ failure when the disease worsens.

Every monsoon, an average of 30 patients with scrub typhus visit Dhulikhel Hospital, but this year and the last, there is an additional complication — Covid-19.

As the disease is identical to Covid-19 in its symptoms, there can be confusion among patients, leading them to wait things out or delay testing for scrub typhus. Both diseases can result in fever, cough and cold, rashes, body aches, and headaches but when it comes to scrub typhus, there is usually the presence of a cigarette burn-like bite mark from larval mites, or udus in Nepali. The bite marks are usually located in the armpits, the lower belly, or under the feet.

“Only 30-40 percent of patients can be seen with the bug bite so many people think that it is Covid, which is why they don’t treat for scrub typhus in a timely manner,” said Dr. Sanjay Ulak, a pediatrician at Bhaktapur Hospital.

Scrub typhus is less serious in Bhaktapur, according to Dr. Ulak, but Dhulikhel, on the other hand, receives a higher number of patients as it is Kavrepalanchok’s regional hospital, where people from many rural areas come for treatment. It is in these communities, which are often deprived of basic healthcare services, that scrub typhus is visible.

“Scrub typhus cases are currently surging in Sindhupalchok district, likely due to heavy flooding in the region,” said Dr. Joshi.

Many people who lost their homes due to flooding have been forced to sleep in open spaces near bushes and shrubs, where they are vulnerable to being bitten by mites. Children who play in the bushes and farmers who work in fields are also susceptible.

A scrub typhus outbreak was first detected in Nepal during the 2015 earthquake when many people were forced to sleep in open spaces. Since then, 1,239 cases of the disease were reported from across Nepal between 2015 and 2017 with a fatality rate of 8 percent.

“This disease occurs every year but with more hospitals and healthcare facilities equipped with labs to test for scrub typhus, the cases have received more visibility. This could be the reason why we are finding more reported cases in recent years,” said Dr. Joshi.

However, the Covid-19 pandemic is leading many people to shy away from hospitals in fears of catching the coronavirus. Others are hesitant to visit the hospital due to financial problems. Floods and landslides during the monsoon also destroy roads that link communities to major healthcare centers and pose transportation problems. According to Dr. Joshi, all these factors result in a lack of treatment within the first 48 hours of infection and are contributing to a higher mortality rate, especially among children.

“To prevent scrub typhus, it is necessary to maintain proper hygiene, sleep on mattresses and inside homes, avoid sleeping outside near bushes, cover up the skin while going outside, do not walk barefoot on the ground, wash hands regularly, and change clothes after going outside,” Dr. Joshi said. “Easily accessible prescription antibiotics such as azithromycin can treat the disease.”

With the onset of the monsoon and the lingering effects of the Covid-19 pandemic, scrub typhus cases are rising across the country. More than 20 cases were identified in Baitadi district in August and over two dozen in Bajura in September. These cases prompted the Health Ministry to warn the public to maintain vigilance and seek treatment immediately in case symptoms appear.

Doctors echo the Health Ministry. As long as the disease is identified quickly and treatment started early, scrub typhus can be easily dealt with but if the symptoms are confused with Covid-19 and treatment comes too late, it can easily turn fatal, doctors warn.

“Patients are testing for Covid-19 first and that is creating a delay of a few days,” said Dr. Joshi. “Scrub typhus can be easily cured within 48 hours of infection but if the infection starts to spread, there is little we can do to save the life of the patient especially if they are 10-12 days late for treatment.”