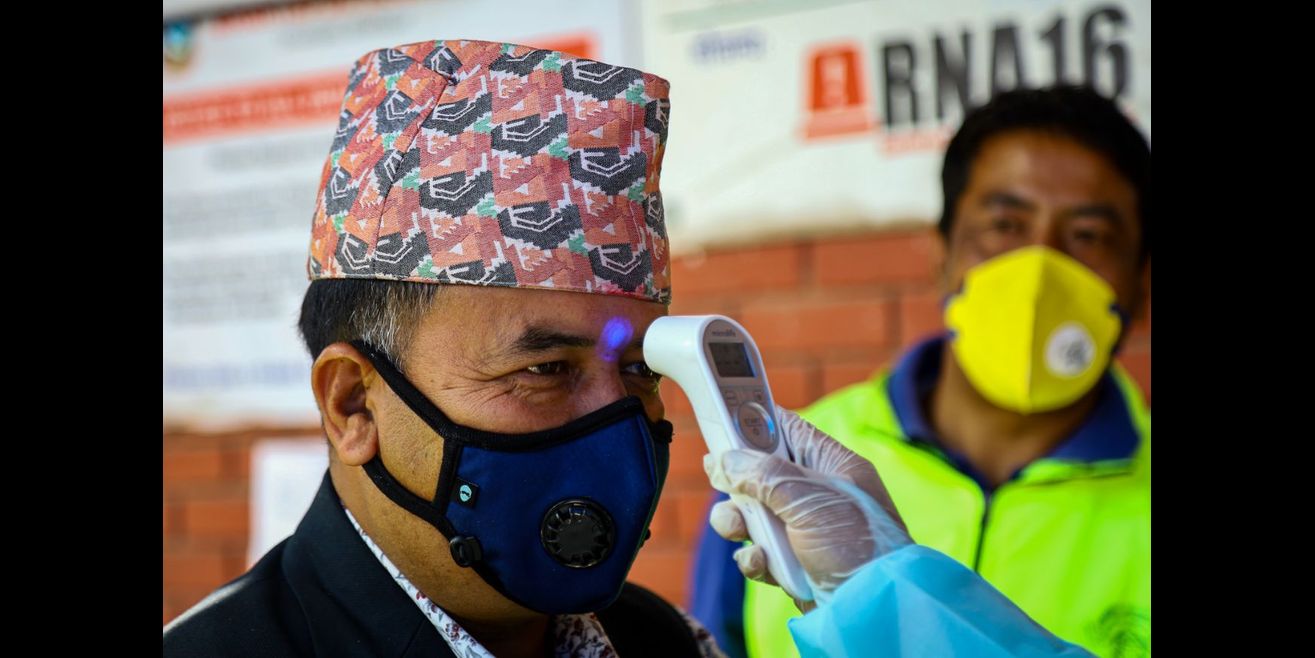 Rapid test kits in all 7 provinces

The Ministry of Health and Population claims it has sent 5,000 Covid19 testing kits each to all seven provinces. MoHP spokesperson Bikash Devokta said that the rapid test kits would be used to test people susceptible to the virus. He also said that samples would be sent to labs for further testing if any trace of the virus is found during the rapid test. Speaking at a daily press conference on Thursday, Devokta said that a total of 1,454 people have been tested since Sunday.

“We haven't found any infected cases since Sunday,” said Devokta, adding that the ministry was planning to increase testing frequency in the coming days.

Samajbadi Party MP Pradip Yadav has been asked to stay in self-quarantine after he met some workers stuck at the Nepal-India border in Raxaul. According to Bishnu Kumar Karki, chief district officer of Parsa, Yadav and three other leaders of his party, who had met recently returned workers from India, were told to stay in quarantine to avoid possible spreading the novel coronavirus to others.

Darchula police have arrested 43 migrants who entered Nepal by crossing the Mahakali River. According to Inspector Surendra Prasad Joshi, the migrants were arrested while trying to reach the Malikaarjun rural municipality of the district.

“Some good swimmers swam their way across and helped others to cross the river by using rope,” said Joshi.

There has been an increased number of people crossing Mahakali in desperation amid the government’s reluctance to open the border until the lockdown is over. Around 1,500 Nepalis are currently in quarantine facilities set up by Indian authorities across the Darchula border.

The Nepal Police leadership has come under fire for its decision to deduct salaries from frontline workers in order to contribute to the PM’s Covid19 fund. On Wednesday, its headquarters had decided to deduct an amount equivalent to three to seven days of salary from its staff.

The decision has divided public opinion with some questioning the rationale behind deducting wages of the already low-paid staff. Many have thanked the police for showing bravery during such a time of crisis. Many more have, meanwhile, accused the government of ignoring frontline staff while embezzling billions of rupees in the procurement of Covid19 kits and medical equipment.

The Prime Minister’s Covid19 fund was created to support work in the prevention and control of the pandemic. Over NPR 2 billion has been collected as of Thursday.

The Department of Drug Administration has warned the public to be careful about poisonous hand sanitizer flooding the market. In a statement issued on Wednesday, the DDA said that it has found traces of methanol, a poisonous substance, in some substandard alcohol-based hand sanitizers circulating in the market.

“As per this department’s guidelines, the alcohol based hand sanitizers should consist of 70 to 80 percent alcohol and the alcohol should consist of ethyl alcohol or isopropyl alcohol,” reads the statement. “But some hand sanitizer products available in the market are found to have methanol, while some others are substandard. We urge the public and concerned parties to stop the sale of such products.”

The demand for hand sanitizers has spiked in the wake of the Covid19 pandemic.

The border with China at Tatopani opened for one-way movement into Nepal on Thursday, two weeks after the government relaxed restrictions on cross-border trade with the northern neighbour. China still appears reluctant to open the Rasuwagadhi border, the largest trade point, or allow Nepali goods and commodities inside its territory. On 25 March, the government unilaterally decided to relax restrictions along the China border.

Confusion as govt reverts its decision

On Thursday, the government decided to lift the lockdown, albeit partially, for two days starting Friday to allow travellers and migrant workers stuck in Kathmandu to return home. But the excitement did not last long as the government retracted its decision just two hours later.

In the afternoon, a meeting of a high level task force chaired by deputy prime minister and defence minister Ishwar Pokhrel agreed to allow one way travel from Kathmandu considering the hardship faced by people stranded in the capital. But the government took a u-turn following pressure from chief ministers of various provinces who warned of possible spread of the virus beyond Kathmandu.

Amid uncertainties surrounding Covid19, hundreds of people, including daily wage earners and students, have been leaving the Valley in desperation.

Fear not the Covid vaccines