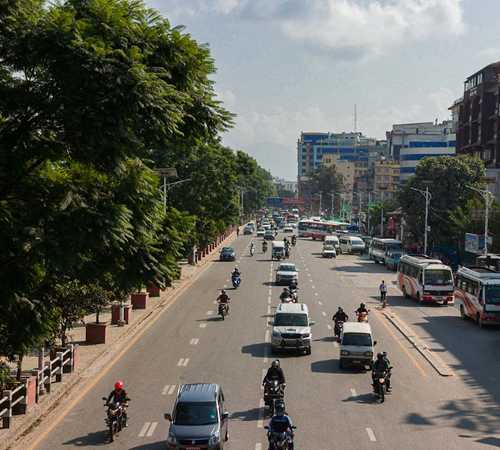 For the second consecutive day, Kathmandu Valley recorded over 900 new cases--a sign that the country’s Capital is going through dire times. On Thursday, Nepal recorded 1,911 new Covid-19 cases. Of these, the Valley alone recorded 943 new cases. Kathmandu registered 817 cases; Lalitpur, 68; and Bhaktapur, 58. On Wednesday, that number stood at 902.

These figures clearly show that the Valley is becoming a breeding ground for the virus.

On Sept 17, the District Administration Offices of Kathmandu, Bhaktapur, and Lalitpur started relaxing their prohibitory orders, allowing offices and shops to open and vehicles to operate over long distances. The orders were loosened in consideration of the approaching festival season. But the very next day, Nepal recorded 2,020 new Covid-19 cases. That marked the country's highest single-day rise in virus infections.

October and November are the months of Dashain and Tihar, when hundreds of thousands of people leave the Valley for their villages in the hills and the plains. As soon as long-distance vehicles were allowed to start operating again, people started leaving the Capital. That exodus will continue until the third week of October. According to public health experts, the increased movement of people could spread the virus to parts of the country that are not as badly hit now. And within the Valley, malls and markets have begun to see growing throngs of people shopping for the festivals. This increased activity, say experts, has upped the chances of the virus spreading within the Capital.

Kathmandu District has recorded 20,393 Covid-19 cases so far. Lalitpur has 2,525 cases, and Bhaktapur has 2,185. In other words, a total of 25,103 cases have been confirmed in the Valley, according to the Ministry of Health and Population (MoHP). On Thursday, the national tally reached 79,728. With 11 deaths on Thursday, the country's overall death toll has reached 509. Among Thursday's deceased was Dr Hari Sapkota, an orthopedic doctor from Karnali Province. Dr Sapkota is the first medical professional to lose his life to the virus.

But despite the steady rise in case numbers, the government has still not boosted daily tests. Public health experts have for months been asking the government to increase the number of daily PCR tests and to focus on contact tracing. However, the government still has not listened to them.

Experts also say that Nepal’s laboratories are being under-utilized in the battle against Covid. Currently, Nepal has 53 laboratories, which together have been testing around 10,000 samples on average per day. Before the second lockdown, Nepal was daily testing around 13,000 samples--numbers that Prime Minister KP Oli in a recent speech inflated to 23,000. A total of 12,444 tests were conducted on Thursday, while 12,205 tests were conducted the day before.

As of now, the government has been focusing on conducting PCR tests on the poorer populations while those who can afford the tests are paying to get tested in private hospitals. On Thursday, a division bench of Supreme Court justices Ananda Mohan Bhattarai and Tanka Bahadur Moktan, however, ruled that the government must conduct PCR tests on all people, free of cost.

Kathmandu District has registered both the most Covid infections and the highest death toll in the nation. In fact, Kathmandu is the only district with at least 100 deaths. Lalitpur and Bhaktapur have seen 22 deaths each.

On Thursday, the total number of active Covid-19 cases in the country reached 21,830. The MoHP has thus recommended that the government impose a lockdown once the number of active cases hits the 25,000 mark. At the current pace, the country will get to that point in less than a week.

Among those infected are high-profile people, some of whom have taken to social media to inform friends and family about their health condition. They have also asked everyone to abide by health protocols and isolate themselves if need be. Among the public figures who have been infected is  Sushil Gyewali, the chief executive officer at the National Reconstruction Authority.

On a recent Facebook post, Gyewali said that he had confined himself in isolation after testing positive for the virus and that he got infected while he was out on post-earthquake reconstruction work.

In the face of rising case numbers across the country, the Health Ministry’s Spokesperson, Dr Jageshwor Gautam, has urged members of the general population, especially those older than 60, not to venture out of their home, except to attend to urgent matters. He has also asked all Nepalis to avoid unnecessary long-distance travel.