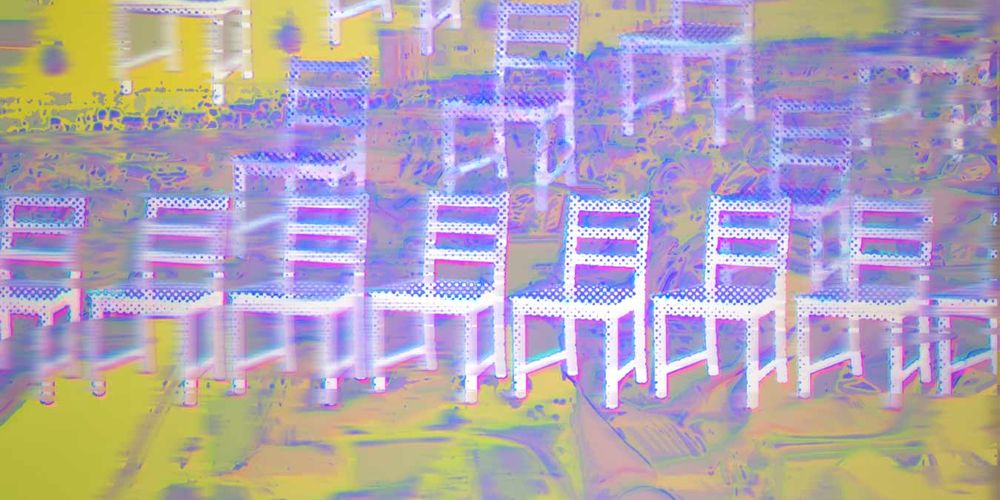 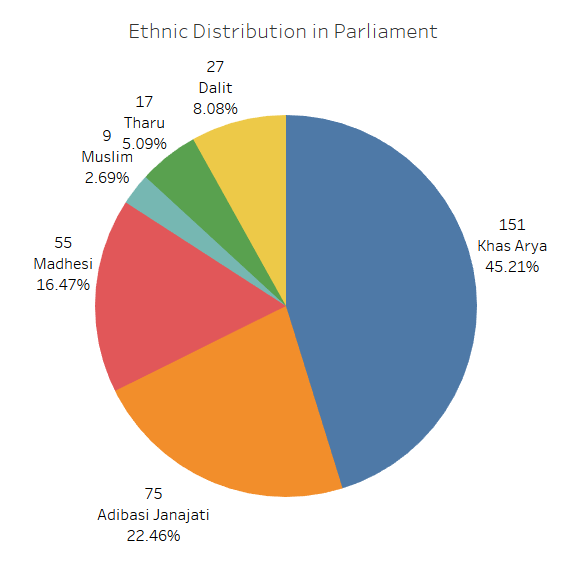 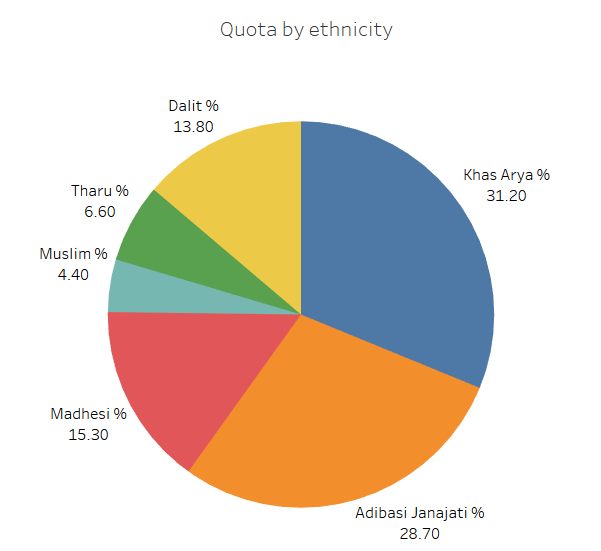 Of the MPs selected for the Parliament, by law, one third of them (112) need to be women. To meet the 33 percent women's quota, the parties then filled their PR list with women candidates. As a result, in the Proportional section of the House of Representatives, there are 85 women (77 percent of the PR).

All parties have followed the same pattern of giving preference to male candidates in the directly elected section of the House of Representatives, and then placing women in the PR list to compensate.

Party and ethnicity analysis of the House of Representatives

Both Khas Arya and Madhesi communities have greater representation in the HoR than their share of the population (11 percent and 3 percent more, respectively). Another cluster that is very close to parity is the Tharu community, who make up 6.6 percent of Nepal's population, and have 5.8 percent representation in the House of Representatives. The comparatively higher representation of Madhesis and Tharus (in proportion to their population, and in relation to other non-Khas Arya demographics) appears correlated to the fact that both communities had staunch participation in political struggle for their rights.

When comparing the representation of ethnic clusters across parties in the directly elected and the PR categories of the House of Representatives, minority groups appear more on the PR side. UML, Maoists and Nepali Congress have given preference to Khas Arya candidates in the directly elected category, and to compensate for the under-representation of other groups, they have put other cluster groups in the PR lists. UML is the most significant party through which Khas Arya have high representation in the House of Representatives; of all the Khas Arya MPs in the HoR, 55 percent are from UML alone.

Muslims are close to parity in the House of Representatives; making up 4 percent of Nepal's population, they make up 3 percent of the HoR. Of the Nepali Congress's 63 HoR MPs, 3 are Muslim, the highest number from any one party. In terms of percentage, however, the SSF-N has the most representation in-party; 2 (12 percent) of their 16 HoR MPs are Muslim. The lowest representation is from the UML; only 2 of their 121 HoR MPs, or 1.7 percent, are Muslim. With 1 Muslim MP out of 53, the Maoists have 1.9 percent representation of Muslims among their HoR MPs.

In the House of Representatives, the party to have the most representation of Dalits is the Nepali Congress, with 9.5 percent of their HoR MPs being Dalit, while the lowest in-party representation is from Maoists-Center, with 5.7 percent. The largest party of the country, UML has 7.4 percent. Both SSF and RJP have 6 percent each.

While Adibasi Janajatis are under-represented in the HoR as a group, among them, Newa have higher representation than others in their cluster. Of the 65 Adivasi Janajatis from the various parties, Newa make up ¼, or 13 MPs, and make up 5 percent of the House of Representatives, which is in proportion to their share of Nepal's population.

While all parties have around 33 percent women each, the party with the most representation of women is Nepali Congress, with 37 percent women MPs. However, they did not have a single woman candidate in their directly elected category. All parties have followed the same pattern of giving preference to male candidates in the directly elected section of the HoR, and then placing women in the PR list to compensate.

The final picture that emerges of Parliament is one that is male and Khas Arya dominated. While affirmative action seats have allowed the marginalized to gain a foothold, the parties have only done the bare minimum, and sometimes even flouted the rules, as a result of which, Parliament is still not representative of Nepal’s ethnic diversity. For comparison, in the second Constituent Assembly, Khas Arya had 42 percent representation, Janajatis and Tharus (placed in the same cluster previously) had 31 percent, Madhesis and Marwadis (at the time considered two clusters) had a combined 15.6 percent, Muslims had 3.2 percent, and Dalits 7 percent. Political struggle has allowed the Madhesis and Tharus to have greater representation than in past governments, but women and Dalits have a long way to go before reaching parity.

All charts by Supriya Manandhar.