The project has become a geopolitical ping pong 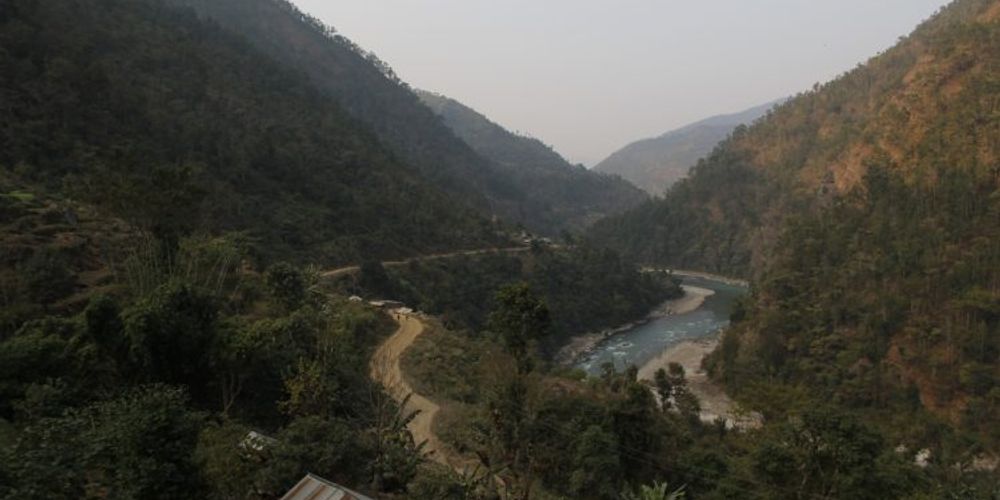 The current government is in the process of re-awarding the contract to build the 1200 MW Budhi-Gandaki Hydroelectric Project (BGHP) to Chinese Gehzouba Group Corporation (CGGC), without following a competitive bidding process.

In May 2017, the Pushpa Kamal Dahal led government, in coalition with Nepali Congress, had awarded the contract for project to CGGC without a competitive bidding process at an estimated cost of USD 2.59 billion. Few months later, the Agriculture and Water Resources Committee of the Legislature-Parliament directed the government to scrap this decision citing that the government had violated the law by not following a proper bidding process.

In November 2017, just a couple of months after the Dahal-led government’s decision, Congress’ Sher Bahadur Deuba government scrapped the contract with CGGC. It  declared that the project would be built with domestic funding. Deuba’s retaliation stemmed from the fact that the Maoists had switched sides to form the communist alliance for the polls. Soon after, Deuba government set up a commission under the leadership of the then Nepal Planning Commission Vice-Chairman Swarnim Wagle to suggest potential sources of domestic funding.

The first feasibility study of BGHP was done in 1984 when it was envisaged as a mutual benefit project with India. However, it was later withdrawn at a secretary level meeting in 1996. The project came to a standstill for almost a decade after this, with the second feasibility being completed in 2014. India is not involved with the project currently, but is agitated by China’s involvement in the project. The Indian Express reported in April 2018 that Indian PM Narendra Modi was going to threaten PM Oli that if Nepal awarded BGHP to a Chinese Company, India would not buy Nepal produced hydroelectricity.

Major media outlets in India and China have been widely reporting  on events involving BGHP and CGGC in the past couple of years, talking about the hydroelectric project in terms of the two countries as rivals competing for political influence in Nepal.

Senior researcher Dwarika Nath Dhungel argues that the “actions by subsequent governments have angered both the Chinese and the Indian government.” Given that the project is seen by both of Nepal’s neighbors as arena to exert influence, Nepal would do well refrain from playing favorites by building the project on its own.

The Wagle led report stated that the project can be built with domestic funding. Hence, it is rather curious that Nepal Communist Party has been fixated on awarding the contract to CGGC.

The Oli led government had been keen on handing the project contract to CGGC even in 2016 despite the fact that Power China International Group, another Chinese company, had also submitted a  proposal for the development of the project.

Multiple experts agree that BGHP should be built domestically. “Awarding the project to a private and foreign company is the wrong decision. BGHP produces not just marketable private goods (i.e. electricity) but also multi-generational public goods (i.e flood control, navigation, fisheries and irrigation). It must be done by the Nepali state and not a private developer,” argues former Water Resources Minister Dipak Gyawali. He further added, “the current project design of BGHP is also faulty and high cost; it doesn’t even fully utilize the stored water which must be used for irrigation in Chitwan and Nawalparasi.”

The current government’s stubbornness on handing the project to CGGC, despite arguments that it can and should be built domestically, is suspicious. PM KP Oli had accused the Deuba government of trying to raise money for upcoming poll expenses when it scrapped the contract with CGGC. Ironically, it is Oli’s government and party that is fixated on bypassing the competitive bidding process. While the ruling party’s stakes in this decision are unclear, it seems to be motivated by corrupt intentions.

Not illegal, but not optimal either

There are legal concerns too. Bypassing the competitive bidding process for such a huge project has been widely criticized, including by former Prime Minister Baburam Bhattarai. However, according to Dr. Bipin Adhikari, a constitutional lawyer, such agreements are legal.

“Article 35 of the Nepal Electricity Act, 2049 authorizes the government to sign any contract with any person or corporate body for the purpose of generation, transmission or distribution of electricity notwithstanding anything written anywhere in this Act. This is an exceptional arrangement. As such, there is no question of legality here. It was supposed to expedite electricity generation in the country because of the energy crisis the country suffered over the years,” argued Dr. Adhikari.

Despite his assertion that the transaction is legal, Adhikari said that the bypassing of the competitive bidding process brings into question the cost figure of the project, an estimation that could be well out of proportions. “It is in this context that the government has to assure the people, especially the stakeholders. Also, while implementing the Memorandum of Understanding(MOU), the principles and legalities of the competitive bidding process and land acquisition should be followed according to the law of the land.”

Even if the MOU is implemented according to the law of the land, the current government’s decision to award the project to CGGC will remain controversial.The government seems unperturbed by the controversy of bypassing the competitive bidding process. It sidesteps and undermines the necessary discussions regarding the necessity, potential benefits and sustainability of large Hydroelectricity projects in the country. Whether it’s for geopolitical or economic reasons, it just doesn’t make sense to award the project to CGGC.