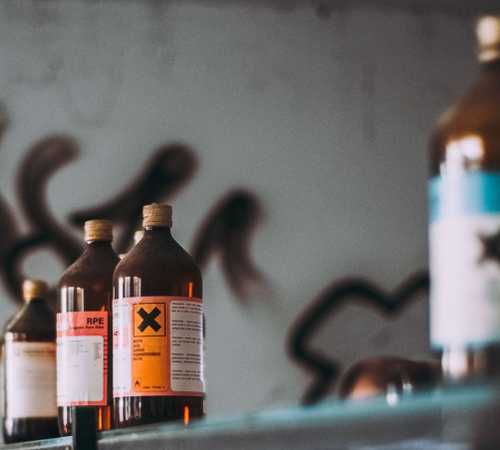 Acid attackers in Nepal could now face up to 20 years of imprisonment, along with a fine of NRs 1 million, ever since President Bidya Devi Bhandari certified a set of legislations on Monday aimed at strengthening laws against acid attacks. President Bhandari enacted three ordinances as per the cabinet’s recommendations to regulate the sale of acid and make necessary amendments in the Criminal Offence and Criminal Procedures Act and Nepal Police Act, to ensure harsher punishments for perpetrators.

The ordinances, depending on the severity of physical harm inflicted on the victim, prescribe a jail term of up to 20 years and a hefty fine against anyone throwing acid on people or hiring others to do so. The law classifies the loss of vision due to damage to both eyes, loss of hearing due to damage to both ears, and the complete disfigurement of face due to severe burns as ‘serious harm.’ The list also includes severe physical harm inflicted on women’s breasts and genitals.

Similarly, the ordinance envisions a penalty of NRs 700,000 to NRs 1 million in addition to a jail term of 10 to 20 years for offenses with less severe physical harm. This category includes assaults including the partial damage of eyes, ears, face, breast, legs and hands and the head and the spinal cord. Perpetrators could face imprisonment of five to ten years and would have to pay NRs 100,000 to NRs 500,000 in fines even in case of minor disfigurements of the body part. If a victim dies in the backdrop of an acid attack, the perpetrator could face murder charges. Other notable provisions of the ordinances include the arrangement of free treatment for victims of acid attacks and greater scrutiny on the production and sale of acid.

Read also: How acid attacks are fueled by a corrosive culture of male entitlement

The new law is significant given that it puts acid attack in the list of henious crimes with punishments akin to murder and rape. Earlier, offenders would face a penalty of upto NRs 300,000 and a sentence of five to eight years, depending on the seriousness of the attack. Although an offender could face homicide charges if the victim died, the law was silent on the timeframe of death.

After years of lobbying for changes, acid attack survivors and rights groups have welcomed the new law.

“Jai hos!” activist Ujjwal Bikram Thapa tweeted while sharing a news report on the enactment of the new ordinances. Thapa has been supporting acid survivors in legal recourse and by helping them find jobs. He has also been campaigning for harsher laws against acid attacks alongside some recent survivors.

In recent history, Nepal has seen a startling rise in the case of acid attacks. According to Nepal Police, 18 women and four men have become victims of acid attacks in the last seven years. Although the first acid attack can be traced back to the 19th century, such cases have begun to receive prominence in the media only after the attack on Sangita Magar in 2016. A year later, the activism and lobbying following Magar’s case led to a landmark Supreme Court decision regarding the provision of financial assistance by the government for treatment.

Government officials, survivors, and right activists hope that harsher sentences will discourage people from perpetrating acid-based violence. They also urge the government to invest in awareness campaigns while calling for support packages for survivors.