Bringing attention to the everyday abuse faced by women 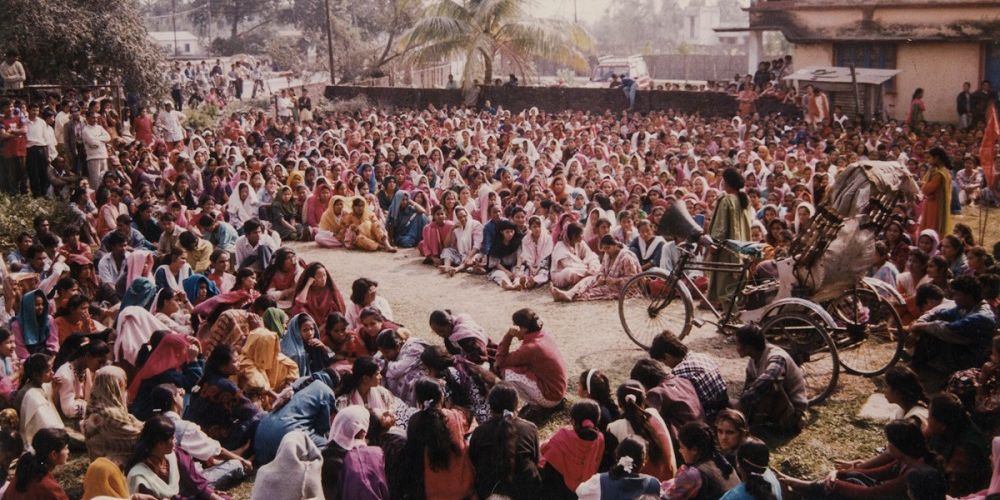 The late Susan Strange, a brilliant international relations professor in the UK, once said that men either belonged to cultures in which men liked women and enjoyed their company or they belonged to cultures that did not. Nepal, despite exceptions, is firmly in the latter category. The symptoms of Nepal’s extreme patriarchy - the constitution and citizenship issues, chaupadi, the lack of women in real positions of power, the increasing number of horrific rapes, and domestic violence - are supported by the everyday abuse of women and the everyday felicitation of men (for being men). Alongside #metoo we need to talk about this daily abuse.

What does this look like? You will have your own thoughts and experiences from your background; here are ours: it starts in taken-for-granted assumptions at the household level. It occurs during childhood in the cultivation of small kings who dominate households and explode in anger if anyone tells them no.

It is in girls learning from an early age to serve male needs and to feel uncomfortable if men do ‘women’s work’. It is in teachers promoting boy’s voices in class and, nearly always making boys the school captain and first in class. The babu must be pacified. Girls must adjust.

It is in grown men shouting at females for their food or tea. It is in men lapping up praise for doing a tiny amount of housework (which can only ever be one thing at a time and must never be criticized). It is in the idea that there is ‘women’s’ work and ‘men’s’ work and that men are incapable of learning household work (“uff keta ho, how can you expect him to do something neatly?”). It is in not even seeing female domestic labour as work.

It is men never having to consider what women think, feel or do but the reverse always being true. It is men, even ones with huge bellies, fatshaming women. It is in men taunting, teasing, and groping women in public. It is in male drivers rushing to overtake women if they dare to overtake them. It is in non-stop, head-to-toe, staring at women by men. It is the constant control, questioning and gaslighting (sowing seeds of doubt in women about their own views) of women by men. It is in the creation of toxic social environments for women, who are not welcomed as equals or friends but ragged in childish ways and seen only as sexual objects. It is men mansplaining women (explaining something to a woman in a condescending, overconfident, and often inaccurate or oversimplified manner) and men never, ever saying ‘I don’t know’ or ‘please tell me more’ to women (Nepal is a world leader in mansplaining, the men even ‘splain each other). It is in men being the ones who are funny story-tellers and tell jokes and don’t listen and women being the ones who have to listen and laugh.

It is in the constant comment that ‘boys are like that’ while girls are conditioned to perform to a higher standard. It is in women always having to perform the mental labour of household work (shopping, washing, childcare, cooking, cleaning, managing the house budget) which means telling men what to do. It is men complaining about female complaints: “katti karako, chup lag”. It is men being so dependent on female labour that the whole household collapses in half a day if females are sick or absent. It is in the notion that women’s bodies and labour pass from one family to another after marriage. It is in the lie that married women have an important career when, in reality, men rarely give up anything for the sake of their wife’s career.

It is in homes where the wife looks after the children, cleans and cooks twice a day, and is the main breadwinner of the family and yet she still doesn’t get a say in household decisions. It is in the routine normalising of extra-marital affairs by men and their peers. It is outsiders always calling for the ‘ghar beti ba’ or ‘sir’ when they visit a house. It is in people making divorce socially taboo and a subject of neighbourhood concern but domestic abuse of women being a private household matter.

And then there are those men who should know better - the self-identified progressive or educated men. These men often follow all the abusive norms listed above and disappoint in other ways too. It includes male intellectuals who think no woman can teach them anything new; and it is men who think that being gender aware means allowing ‘their’ women to work full-time and do all the household work.

It includes NGOs who work on gender but employ no women in leadership positions and it is in civil society organisations who have no idea how to handle sexual harassment cases. It includes development workers who speak about the need for gender equality but exploit their hired didis. It is academics who organise manels (all-male panels); it is male readers who never read women authors; it is academic conferences where male intellectuals patronisingly refer to all younger females as ‘timi’; it is progressives who socialize in spaces only open to men; and it is in leftists who run a feudal patriarchy inside their homes.

Gender and gender issues for many so-called progressive men is just another way of thinking about issues - like age, ethnicity or income – and never a central part of their lives. We cannot wholly match our personal lives around our political tendencies but the gap between what progressive men claim to believe in and what they do when it comes to women is striking. The inability of these men – often from very similar backgrounds in terms of class, caste, and age - to see how they are perceived in social settings by others and to take steps to change that (e.g. listen) is amazing.

Where do these attitudes towards women, women’s bodies and women’s rights come from? Upper-caste values have created the ideal of a submissive woman which many women in Nepal can never aspire to. However, similar attitudes to women are shared among many communities in Nepal. There is still an unstated preference for boy children (everyone knows a family where the parents kept on having children until they had a boy). Boys are still viewed as more important providers for parents, who will support parents in their old age and, in some cases, perform death rituals. An obviously patriarchal state including the police and courts clearly plays a role in legally defining attitudes toward women and female bodies, as the aftermath of recent rape cases show. Nepal’s laws are still derived from distorted Hindu norms and values.

Families, fathers and peers also play a crucial role in defining perceptions of women and preserving gendered divisions of work. To many outsiders Nepal is striking, still, for the low number of male-female friendships. A more worrying question is that these attitudes towards women seem to be getting worse. It is now normal for many young men to treat women badly, explained away - as always - by as being part of an allegedly unchanging ‘Nepali culture’ or due to inevitable, age-old gender differences (“and anyway don’t they have their own Teej festival?”).

Even worse is a newer excuse: that all of Nepal’s extreme patriarchy is somehow balanced by having a female president or quotas for female politicians.

So-called ‘modern’ spaces in Kathmandu and other cities in Nepal where Nepali culture doesn’t seem to apply can be equally bad for women. For young women from non-elite backgrounds wishing to gain social acceptance and grow up inside these ‘modern’ or ‘cool’ social circles it can be extremely confusing. How do they decode the male behavior inside these spaces? What part of it is being ‘modern’ and what part is just plain old sexism and patriarchy? Shradha Ghale’s main character in her novel, The Wayward Daughter, confronts precisely this confusion.

Obviously, women can play a role in enforcing the patriarchy too. National women’s issues are defined by women from dominant communities who lack knowledge and understanding of the lives of women from other communities and women outside urban centres. Typically, these women own land or property in Kathmandu (or do not have to worry about paying rent or building a house) and benefit from female household workers. They can afford not to see and can afford to be more outspoken. The patriarchy clearly impacts different women differently and it is harder for many women from excluded communities to challenge gender norms.

But the fact that some women play a role in enforcing patriarchal norms should not give men an excuse not to deal with their own behaviour. All women in Nepal live in a society that endorses patriarchy. The thoughts and actions of women in Nepal are not validated outside their home. There are strategies women use to challenge or resist their treatment by society – using up a great deal of time and energy – but, in the end, women aren’t felicitated everyday like men just for being male. The apparent confidence of many men in Nepal isn’t because men are naturally more confident, it derives from having their authority recognized nearly everywhere they go.

There are no easy solutions, but the first step is for men and women to listen and understand the patriarchy problem in Nepal. There is nothing inevitable about how we manage our public and personal lives. Who does the household work that gives you time to read this article? When was the last time you agreed with a woman? (just agreed with her, adding extra points doesn’t count!) #Metoo has already played a significant role in making people more aware and perhaps stopping potential abusers. But the Nepali #metoo movement - with more than due respect to everyone working on it - has defined success in a way that is too reliant on exposing high profile males. Kathmandu is not yet Delhi or New York and the ability of survivors to come forward publicly is more limited in a society where everyone seems to know each other. To make #metoo applicable to the lives of women in Nepal also involves using this time to discuss Nepal’s extreme patriarchy and the roots of harassment, rape and violence against women. The everyday abuse that takes place in our homes, streets and in women’s minds also needs to be identified, named and shamed.

A howl for justice

Galvanized by a series of videos detailing one woman’s harrowing experiences of being raped as a minor, Nepali women and men take to the streets in protest.

Why does rape have a low conviction rate in Nepal?