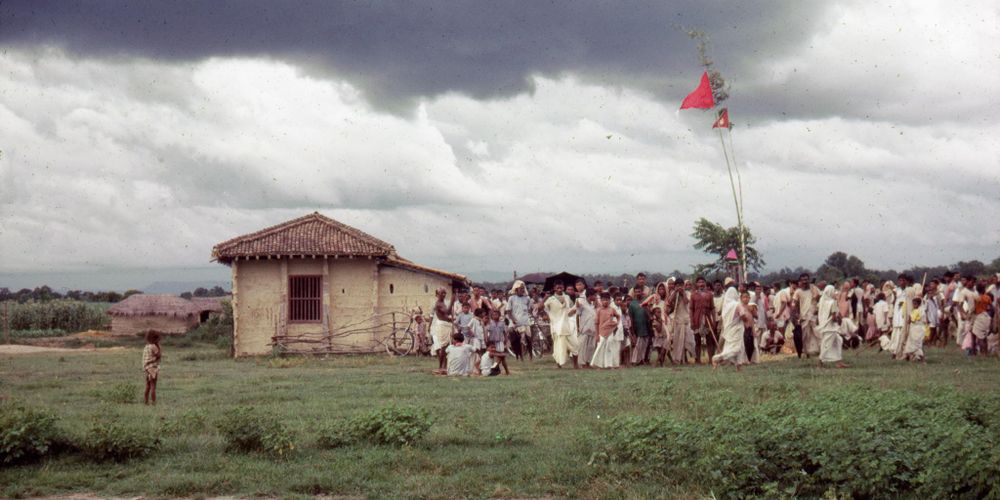 Only three provinces of federal Nepal voted in the May 14 local elections. It didn’t have to be that way—all seven provinces of the country could have voted, had the constitutional amendment, tabled by the ruling coalition and currently in limbo in the parliament, passed. The fact that there was a better option seems to have been forgotten in Kathmandu in recent days amid the election frenzy.

The amendment was brought forward by the government after the Madhesi parties gave up their core demand to change the federal boundaries before the election. However, in doing so, they insisted on making the process easier by changing a rigid clause requiring all provinces to agree to any change in boundaries.

A victory for democracy is still possible. Elections in the remaining four provinces were scheduled for June 14 to buy time to pass the amendment that will bring dissenting Madhesi parties on board. Passing this amendment will help bridge the Hill-Madhes divide. That is not the only reason to support it. The changes in the amendment will lead to a better democracy. Without it, the elections risk cementing the divisions witnessed in the run up to the promulgation of the constitution, when 50 people, the majority civilians, were killed in clashes between protesters and government forces.

The tensions brought by the constitution, both in terms of its content and the manner in which it was adopted, have not abated. Although the leaders of Madhes-based parties are not without fault, their agenda is popular—especially among the young and educated. A large number of young people no longer care about the mainstream politics the Madhesi parties are so keen to be a part of, seeking instead to align with CK Raut, a Cambridge-educated scientist persecuted by successive governments for his secessionist views. The more rigid Kathmandu is towards the Madhesi demands, the more popular the Raut view becomes in the Madhes. The best way to counter the disastrous path advocated by CK Raut is to pass the amendment.

In the short run, the second round of elections will witness greater violence than the hills as resentment in Madhes grows at the unwillingness of Kathmandu to address its demands. The feeling is that had such a movement happened in Kathmandu, it would have long been accommodated. Madhesi sentiments are hurt and simmering at the injustice inflicted by Kathmandu rulers who chose to respond to democratic protests with bullets. In the long run, it is quite possible that conflict will escalate, once more with tragic consequences.

It is worth remembering that the amendment has the support of the majority of MPs. But the arithmetic in the parliament means that attempts to pass it have failed because of strong opposition from the CPN-UML. This is misguided opposition from a party that used to stand, under its progressive leader Madan Bhandari, against a rigid constitution deaf to the demands of the people.

It is no secret that current UML head, KP Oli, is the opposite of Madan Bhandari, whose ideas still guide the party. Oli is an illiberal man (he has called intellectuals “rats”) who has stood on the side of regressive politics in times of change. In 2006, he was against the Jana Andolan, for example, and has never missed a chance since then to disparage affirmative action, or any other demand from the marginalized. “One cannot ride on an ox cart and expect to reach America,” he said in 2008, deriding the prospect of a Republican Nepal. Never a supporter of federalism, he would have preferred to retain the Panchayat’s five development regions as provinces. For Oli and his party, the first amendment brought last year, which strengthened provisions for proportional inclusion, was a mistake.

It is obvious that KP Oli's UML feels it has found a popular yet toxic formula that mixes nationalism with development fantasy. The party promised to raise per capita income to USD 5,000, from the current 750, within 10 years and build a metro rail in Kathmandu in two years. Until a few months ago, it was disrupting the parliament to prevent discussions on the amendment. The party “allowed” the amendment to come to a vote two weeks ago only after it became certain the amendment would be defeated. KP Oli’s party will be further emboldened after the results of yesterday’s election. It will adopt an even more hostile position, and the amendment that Nepal’s already battered constitution needs is unlikely to pass.

Plenty of examples from Nepal and other parts of the world illustrate that divisive politics can benefit a party. Thwarting the amendment may help UML win elections, but it will be a missed opportunity for the rest of the country.

Non-Resident Nepalis embody the diversity and pluralism of Nepal and its polity.